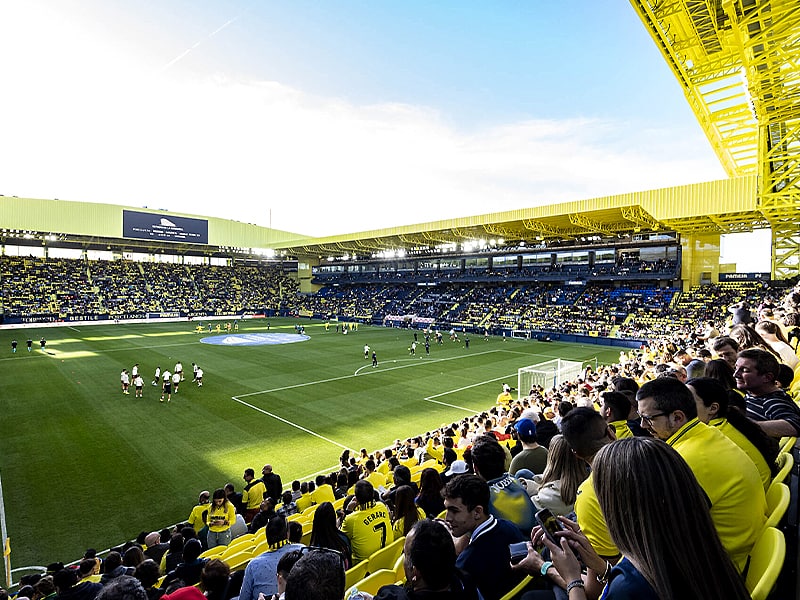 A traditional ribbon-cutting ceremony was held recently to mark the opening of the refurbished home ground of the LaLiga team Villarreal CF (Spain) – the Estadio de la Cerámica in Villarreal, Spain.

Villarreal CF or simply Villarreal is a professional football club based in Villarreal, in the Castellón province of Eastern Spain, that plays in LaLiga, the top flight of Spanish football.

The 23,500-capacity Estadio de la Cerámica, formerly and informally called El Madrigal, is a football stadium in Villarreal, Spain, used since 1923. It is currently the home venue of Villarreal CF of LaLiga, the highest football league in Spain.

‘Villarreal CF’ further stated that ‘The Yellow Submarine’ bend over backwards to renovate their home pitch which looks quite “impressive”. Their aim is to make the Estadio de la Cerámica one of the best stadiums in Europe.

The revamp work was carried out over a time frame of seven-and-a- half-months of extensive work. Last-minute spruce-up work is left which is scheduled to be completed in the first quarter of 2023.

The venue redevelopment work was spearheaded by IDOM, a prestigious international engineering and architecture company, which already has under its belt flagship projects such as the construction of the LaLiga team Athletic Club’s digs – the 53,289-capacity San Mamés in Bilbao, Spain, the remodeling of the Argentine professional sports club’s home venue – the 72,054-capacity Estadio Monumental in Buenos Aires, Argentina, as well as the design and construction of the new roof of the 26,354-capacity Estadi Ciutat de València in Valencia, Spain, home of the Spanish football club Levante UD. The local construction company Alviben assisted IDOM in the construction works.

Bilbao (Spain)-based IDOM is a multinational corporation which provides consulting, engineering and architectural services in Spain and internationally.

‘The Yellow Submarine’ wasted no time and kicked off redecoration work on May 16th, 2022.

The price tag of the repurposing work which is scheduled to end in the first quarter of 2023 stands at €50 million. The Villarreal CF decided to move ahead with the revamp work despite the supply chain crisis as it wants its home arena to measure up to the level of the cream of the crop stadia of the world.

The redecoration work carried out by the club will not only boost its image but will also act as a leg-up for the City of Villarreal.

The venue transformation work will continue in the coming months with the construction of new interior spaces, a multipurpose room will come up at the top of the Fondo Sur with sweeping views of the pitch and the square, the complete refurbishment of the Entrelíneas Restaurant and a new space will be created for the Villarreal CF museum.

Sustainability also weighs high on the top-flight’s scheme of things as photovoltaic (PV) panels will be installed on the roof of the stadium and net zero strategies will also be adopted. 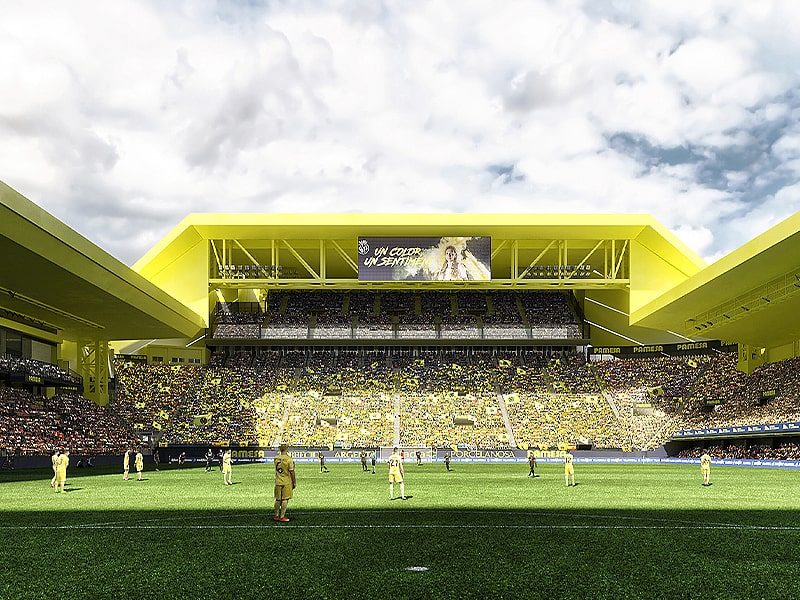