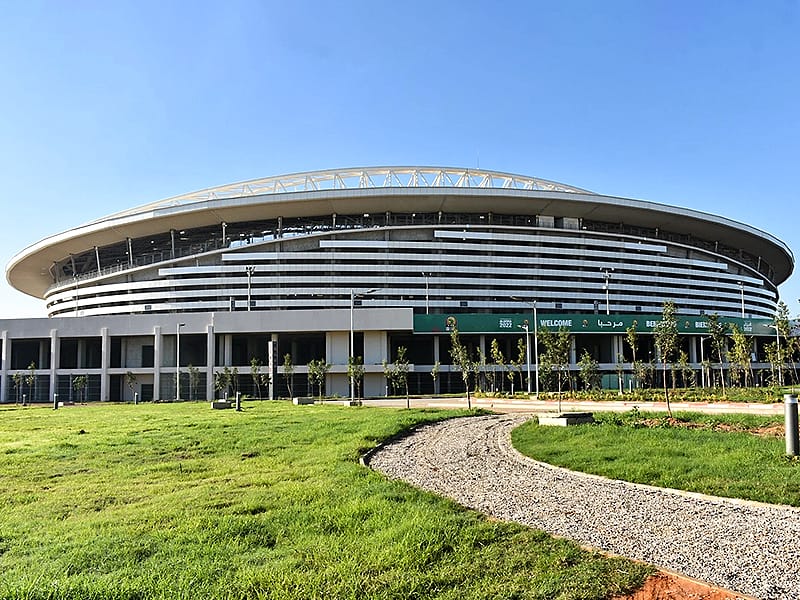 It perhaps wasn’t the blockbuster start the Algerian Football Federation had hoped for, but the 0-0 draw against the domestic-based Algeria and Ghana sides marked the inauguration of a new state-of-the-art arena in Baraki, Algiers (capital and chief seaport of Algeria).

The Algerian Football Federation (AFF) is the governing body of football in Algeria. It was formed in 1962 and is based in the capital Algiers.

The Nelson Mandela Stadium is a 40,784-capacity stadium in Baraki, Algeria, a suburb of Algiers. The price tag of the stadium stands at circa 300 million euros. The venue does not boast an athletics track but is the first stadium in Algeria where all FIFA fixtures can be organized including the World Cup.

The 2022 African Nations Championship, known as CHAN 2023 for short and/or the TotalEnergies African Nations Championship for sponsorship purposes, is the seventh edition of the biennial association football tournament organized by the Confederation of African Football (CAF), featuring national teams consisting of players currently playing in their respective local leagues. This edition of the tournament is underway in Algeria from January 13th and will conclude on February 4th, 2023.

6th of October City, Egypt-based the Confederation of African Football, or CAF for short, is the administrative and controlling body for association football, futsal and beach soccer in Africa.

Put in Abdelmadjid Bougherra, Head Coach of the Algeria A side preparing participating in CHAN, “To be honest, I felt I was in Europe. The new Nelson Mandela stadium has good pitches and good facilities. I am also happy about the fact that we also have European-class stadiums I saw when I was a player in Europe with similar atmosphere and facilities.”

‘FIFA’ further stated that the stadium undertaking, known as the Baraki Stadium throughout its formative life for its location in that specific commune of Algiers, the big and buzzing capital of Algeria, broke ground in January 2010. It was, perhaps, the commitment to creating an arena that could match the shine of the ones found all over Europe that delayed the grand opening of the project several times and stretched construction into its second decade.

While delays disappointed those awaiting eagerly for the new shiny cauldron to stand shoulder to shoulder with the City skyline of Algiers, the naming puzzle perplexed them. With the country’s think tanks deep in discussions over whom to sanctify with the soon-to-be-built coliseum, the then-Chairman of the Algerian Football Federation, Mohamed Raouraoua, proposed the Late Abdelhamid Kermali.

A former Algerian international and head coach, Kermali had led the North African nation to its first continental glory in 1990 by winning the Africa Cup of Nations – a feat only matched by Djamel Belmadi (a professional football coach and former player who manages the Algeria national team) 30 years later. His significance to the annals of Algerian football history merited a more tangible legacy than the mere mention of his accomplishments.

So, it was decreed that the new European-grade arena would bear Kermali’s name, that is, until the football federation found a different inspiration from nearly 7,000 kilometers to its South.

Nelson Mandela had enjoyed a good relationship with Algeria, far removed from the apartheid setting in South Africa, as he trained alongside the armed forces of the Algerian National Liberation Front during his times on the other side of the Government. This unlikely affinity, then, unique because of the sheer distance between the two countries, was to have a bearing on the Baraki Stadium once it officially opened its doors, as was decided just a fortnight before the soft opening.

On January 7th, bearing the name of a South African great and one of the world’s most renowned political figures, the Nelson Mandela Stadium invited thousands of fans and dignitaries as it played host to a friendly between Algeria A and Ghana A.

Added Annor Walker, the Head Coach of Ghana A, the first opposing side to play in the Nelson Mandela Stadium, to the Confederation of African Football (CAF), “Honestly, what I saw at the Nelson Mandela Stadium made me rejoice. This is a gem which must be cherished by all Africans. It has also fully convinced me that Algeria is serious about football and that for this CHAN, everything will go well as far as facilities are concerned.” 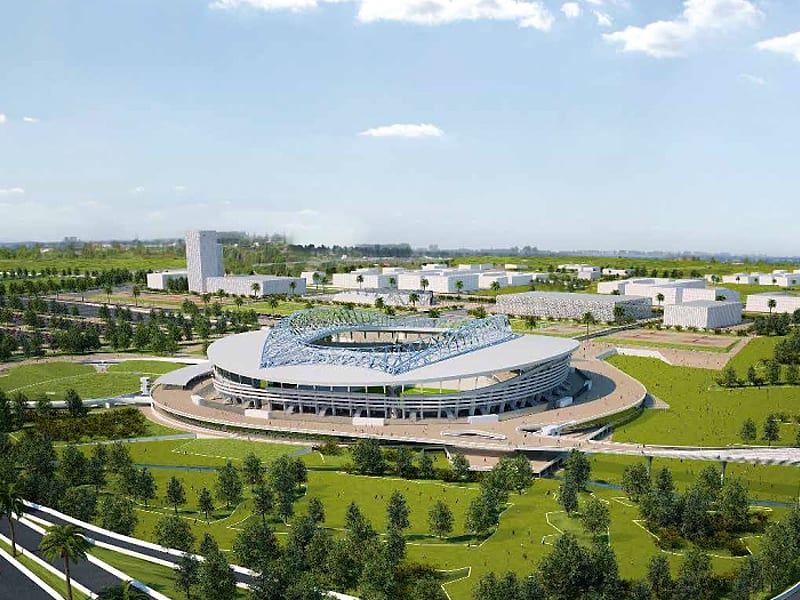