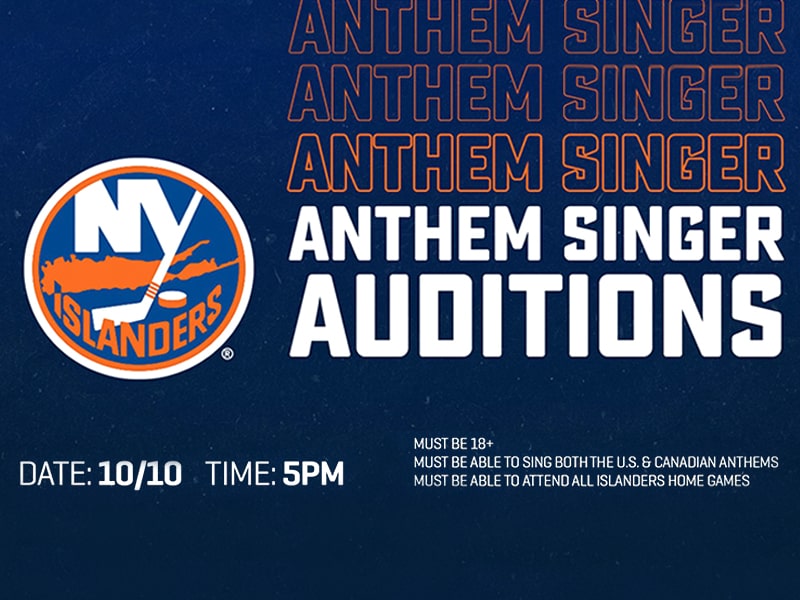 The ‘New York Islanders’ tweeted, “Want to be the #Isles Anthem Singer? We’re now accepting auditions to perform the National Anthem at all 2021-2022 home games at @UBSArena! Select finalists will be invited to audition live.” To fill up the form, click here.

The ‘New York Islanders’ further stated that the auditions will be held on October 10th, 2021 at 5 pm. Those who come for the auditions must be 18+, must be able to sing both the US and Canadian anthems and will have to be in a position to attend all ‘Isles’ home games.

The New York Islanders are a professional ice hockey team based in the New York (US) metropolitan area. The Islanders compete in the National Hockey League (NHL) as a member of the Metropolitan Division in the Eastern Conference. The team plays its home games at the Nassau Veterans Memorial Coliseum.

The 14,500-capacity Nassau Veterans Memorial Coliseum, also known as simply the Nassau Coliseum, is a multipurpose indoor arena in Uniondale, New York, East of New York City (US) and serves as the digs of the New York Islanders. The Long Island venue is approximately 7 miles East of the Eastern limits of the New York City Borough of Queens, and is also next to the Meadowbrook Parkway.

The 17,113-capacity UBS Arena is all set to open its doors on November 20th, 2021 and will serve as the home of the New York Islanders of the National Hockey League (NHL) and will also host around 150 major events annually. For concerts, the arena will be able to accommodate a crowd of 18,853 people. Presently, the $1.5 billion multipurpose arena is under construction in Elmont, New York, next to the Belmont Park race track. The venue is projected to open for the 2021-2022 NHL seasons.

« Previous News: US firm take under wing ‘The Griffin’
» Next News: Dock infill work at ‘The Blues’ planned home