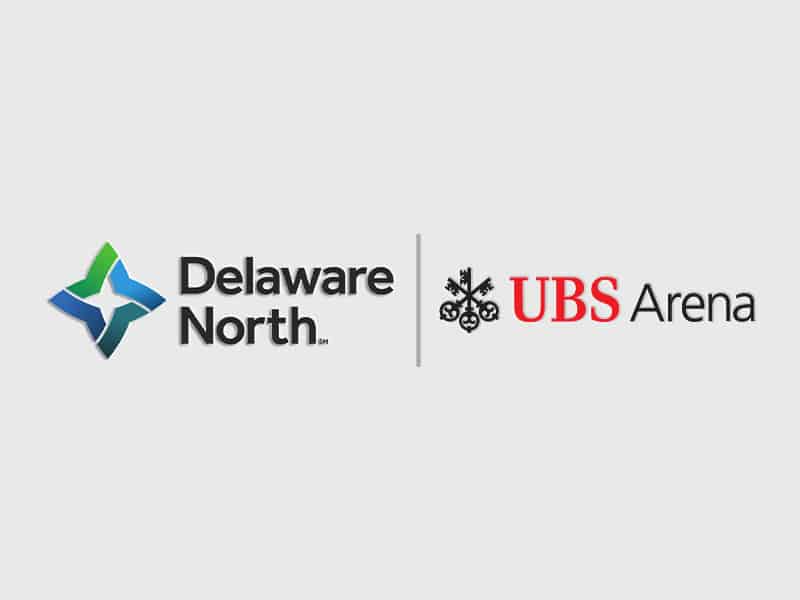 UBS Arena, New York’s (US) most anticipated live entertainment venue and future home of the New York Islanders Hockey Club, has selected the global hospitality and entertainment company Delaware North to manage food and beverage services at the venue, which opens this Fall.

The ‘UBS Arena’ stated that developed in partnership with Oak View Group, the New York Islanders and Jeff Wilpon (American businessman) – UBS Arena, located on the border of Queens and Long Island in Belmont Park, will be a state of the art venue that will play host to more than 150 sports and entertainment events each year, including the National Hockey League’s (NHL’s) Islanders, live music and entertainment from a roster of world class artistes, and local community events.

The 18,500-capacity UBS Arena is New York’s newest premier entertainment and sports venue and future home of the New York Islanders. Located at Belmont Park in Elmont, New York, the state of the art facility will open for the 2021-2022 National Hockey League seasons and will host more than 150 major events annually. The arena and surrounding development are expected to create 10,000 construction jobs and 3,000 permanent jobs, generating approximately $25 billion in economic activity over the term of the lease. UBS Arena is poised to be one of the area’s – and the nation’s – most prestigious and appealing venues for musical acts, events and performers of all genres, and will create a unique entertainment experience for artistes and audiences alike.

The 2021-2022 NHL seasons will be the 105th season of operation (104th season of play) of the National Hockey League (NHL). The league expanded to 32 teams with the addition of the Seattle Kraken. The league plans to return to its normal October-to-April scheduling, a full 82-game regular season with a target date of October 12th for opening night, but this is contingent on the COVID-19 situation (the Delta variant is rearing its ugly head again in the United States) and the Government of Canada reducing its COVID-19 cross-border travel restrictions.

The arena is being constructed with a fan-first approach that leverages sophisticated engineering acoustics to amplify the audio experience, high-resolution LED displays and will include the largest scoreboard in New York.

UBS Arena will offer the highest-end amenities and customer service, through VIP suites and clubs that merge boutique hospitality with live entertainment. Clubs and suites will have a timeless design inspired by classic, well-known New York establishments and will offer premier views of the bowl. Complementing UBS Arena, the surrounding campus will consist of 340,000 square feet of luxury retail and will include a four-star boutique hotel.

UBS Arena is being built to achieve Leadership in Energy and Environmental Design (LEED) standards for New Construction. In an effort to build a greener future and minimize environmental impact, UBS Arena intends on being 100 percent carbon neutral, utilizing renewable energy by 2024, which will make it the first arena to do so on the Eastern seaboard.

The New York Islanders are a professional ice hockey team based in Elmont, New York. The Islanders compete in the National Hockey League (NHL) as a member of the Metropolitan Division in the Eastern Conference. The team will soon play its home games at the UBS Arena which is projected to open for the 2021-2022 NHL seasons.

Delaware North is a global hospitality and entertainment company founded in 1915 and owned by the Jacobs family for more than 100 years. Delaware North operates at high-profile places such as sports and entertainment venues, national and State parks, cultural landmarks, destination resorts and restaurants, airports, and regional casinos. Delaware North serves millions of guests each year in the sports, travel hospitality, restaurant and catering, lodging, gaming, and specialty retail industries.

The Oak View Group (OVG) is a global sports and entertainment company founded by Tim Leiweke and Irving Azoff in 2015. OVG is focused on being a positive disruption to business as usual in the sports and live entertainment industry and currently has eight divisions across four global offices (Los Angeles, New York, London, and Philadelphia).

The ‘UBS Arena’ quoted Jerry Jacobs Jr., CEO, Delaware North, as stating, “UBS Arena will be the blueprint for arenas of the future, and we are proud to bring our ever advancing model of hospitality to the table. We are thrilled to expand our partnership with Tim Leiweke, Peter Luukko and the Oak View Group team and work with Islanders owners Scott Malkin and Jon Ledecky, as well as Sterling Equities EVP Jeff Wilpon to be part of their vision for the sports and entertainment landscape in New York.”

Delaware North is leveraging its culinary talent and operational experience in New York, including its Patina Restaurant Group and relationships with top chefs and restaurateurs, to bring a refreshed approach to arena food and beverage offerings in both concessions and premium areas at the UBS Arena.

In concessions, Delaware North will feature market style outlets that offer a mix of hot, fresh prepared food selections complemented by a variety of ready to go meals and self serve snack and beverage options. The markets will use a streamlined checkout process, with self checkout, mobile ordering and other cashless payment technology.

UBS Arena will boast 12 of the markets – three of which will be large, multi concept designs housing several different prepared foods and menu options. Another market will feature a 100-foot-long tailgate bar to create a destination where guests can socialize before, during and after the event.

Beyond the markets, Delaware North will provide a full accompaniment of premium hospitality services at the UBS Arena in 56 suites, 22 UBS club lofts and five major club areas throughout the arena.

Said Hank Abate, President, Arena Operations, “As we get closer to UBS Arena’s official opening, we look forward to partnering with Delaware North to offer fans a food and beverage program unlike any other venue in the New York Metro area. In addition to utilizing innovative technologies for contactless payment solutions and leveraging the area’s top culinary talent, UBS Arena is proud to be working with Delaware North to help further our commitment to supplying sustainable, local and healthy food and beverage offerings.”

Through UBS Arena’s partnership with Delaware North, all unused food from both the front and back of the house will be distributed to local food banks. UBS Arena will additionally work with Delaware North to develop the venue’s food and beverage program with an emphasis on locally sourced, sustainable and healthy ingredients.

At opening, Delaware North will: 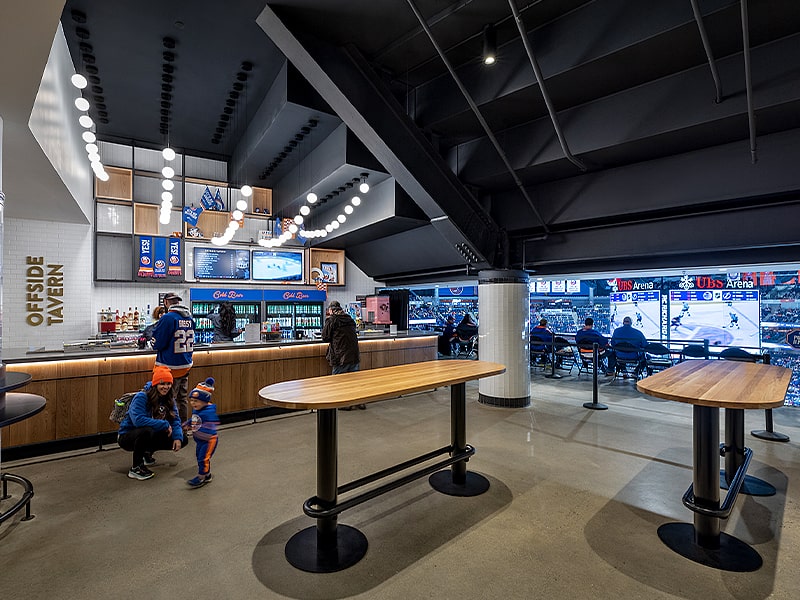