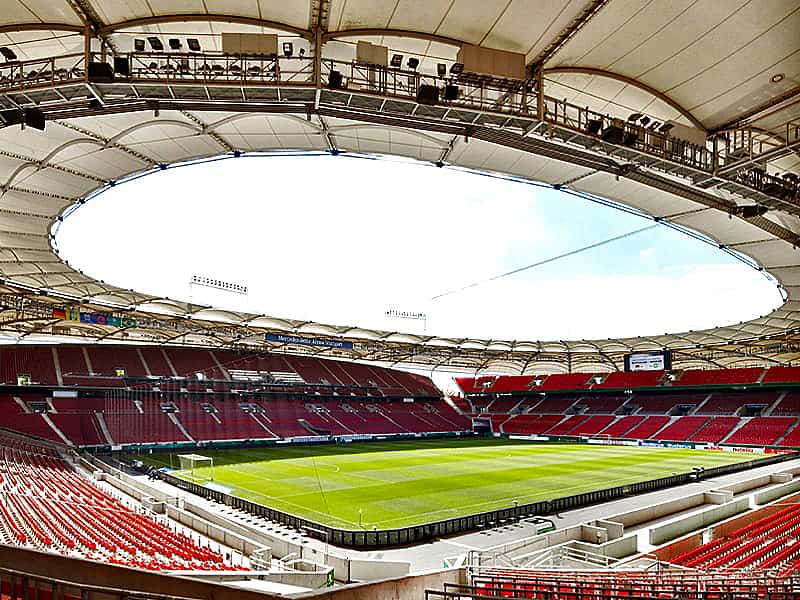 Foxes are harrying the home turf of the Bundesliga team VfB Stuttgart – the Mercedes-Benz Arena in Stuttgart, Germany.

The ‘Hamburger Mor Gen Post’ stated that it is a typical case of wily foxes having a field day at the Mercedes-Benz Arena. Fox faeces are littered all over the stands and the seats have also been chewed up by these red foxes.

The 60,441-capacity Mercedes-Benz Arena is a stadium located in Stuttgart, Baden-Württemberg, Germany, and is home to the German Bundesliga club VfB Stuttgart. Before 1993 it was called Neckarstadion, named after the nearby river Neckar and between 1993 and July 2008 it was called Gottlieb-Daimler-Stadion.

The ‘Hamburger Mor Gen Post’ further stated that the damage done by the red foxes is massive and huge expenses would be incurred on carrying out the repair work.

In the Summer of 2021, the red foxes had dirtied the whole arena and now they are at work again. Even the business seats have been damaged by the foxes.

To keep the foxes at bay will be an arduous task. The entire exercise would require sealing off the whole stadium and the work will have to be a foolproof one because a small gap is enough for these foxes to invade the facility.

So, next time while watching a fixture at the Mercedes-Benz Arena, don’t be surprised if few red foxes are also present along with spectators in the stands!

For now, the operators of the Mercedes-Benz Arena as well as the VfB Stuttgart are a harried lot and at their wits’ end over this whole problem. They are totally ‘fox’ed, literally!