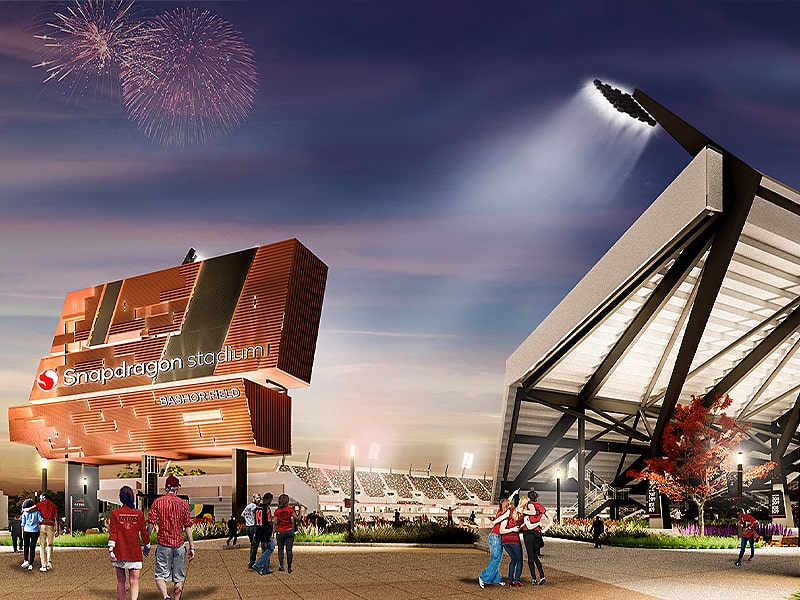 The San Diego State Athletics (US) has announced a five-year agreement with Kaiser Permanente as a founding partner of the Snapdragon Stadium at the SDSU Mission Valley.

‘goaztecs.com’ quoted John David Wicker, Director of Intercollegiate Athletics at San Diego State University, as stating, “I’m very excited to have our long-time partner Kaiser Permanente invest in Bashor Field at Snapdragon Stadium and Thrive Park. This partnership will allow us to continue building on community initiatives that our two organizations have invested in over the years and allow us to create additional opportunities to better serve the San Diego community.”

The 35,000-capacity Snapdragon Stadium, known during its planning and early construction phases as the Aztec Stadium, is an under-construction American football stadium in San Diego, California (US) on the campus of the San Diego State University at SDSU Mission Valley, a 166-acre non-contiguous expansion parcel of the university campus.

‘goaztecs.com’ further stated that a key component of the new partnership is the naming rights to the Kaiser Permanente Thrive Park, the area of reinforced grass fields located to the West of the stadium that will not only serve the region on gamedays but will also allow for passive recreation and community events throughout the year.

Stated Jane Finley, Senior Vice-President and Area Manager for Kaiser Permanente San Diego, “Kaiser Permanente and San Diego State Athletics share a common passion for the health and well-being of our San Diego community. Our founding partnership allows Kaiser Permanente help San Diegans thrive by supporting the myriad of activities that will take place in and around the Snapdragon Stadium year-round.”

In addition, the agreement will include Kaiser Permanente branding on the Northeast gate, which will serve as the student entrance as well as provide access to food trucks and surrounding activities on gamedays.

Kaiser Permanente will also receive signage and branding opportunities in connection with three parent lounges to be located inside the state-of-the-art facility.

The SDSU Athletics was represented by Legends and JMI Sports, which sourced and negotiated the partnership.

The Snapdragon Stadium is on schedule to be completed by September 3rd, when the Aztec football team is slated to face the Arizona Wildcats in its 2022 season opener.

The Arizona Wildcats football program represents the University of Arizona in the sport of American college football. Arizona competes in the Football Bowl Subdivision of the National Collegiate Athletic Association (NCAA) and the South Division of the Pac-12 Conference.