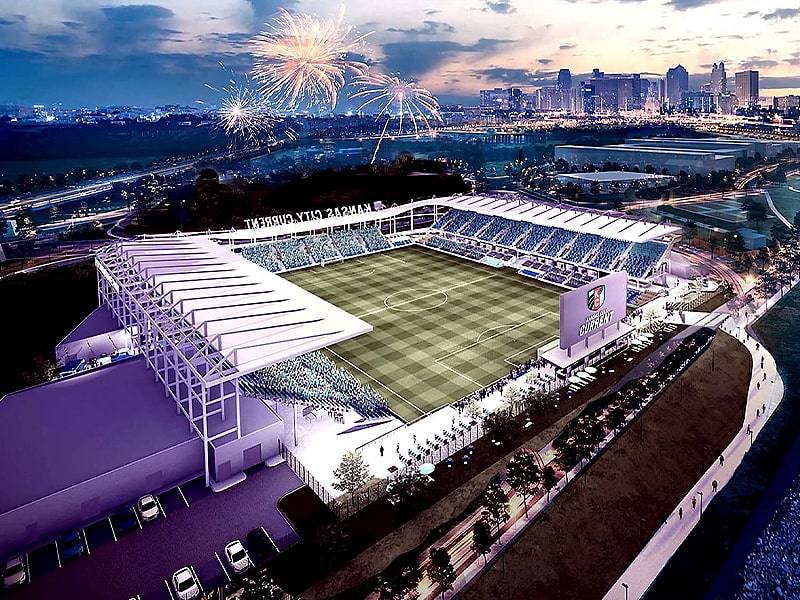 The Kansas City Current is an American professional women’s soccer team based in Kansas City, Kansas (US). It began play as an expansion team in the National Women’s Soccer League (NWSL) in 2021.

The ‘CityScene KC’ stated that the cost of the stadium planned for the East side of the Berkeley Riverfront Park near the Kit Bond Bridge has increased from its original estimate last October of $70 million to $117 million, and its capacity has increased from 11,000 to 11,500 seats.

The soccer club said in a statement, “Since the project was first announced, the club’s leadership has been working to create a state-of-the-art facility with the goal of creating the best player, fan and partner experience in the world.”

The ‘CityScene KC’ further stated that the club owners say they still plan to build the facility using private funding although they recently won approval from the Kansas City Council to seek $6 million in State tax credits from the Missouri Development Finance Board (MDFB).

If approved by the MDFB, those tax credits are expected to yield $12 million in private funds.

The stadium would be the first in the nation built specifically to house a franchise of the National Women’s Soccer League.

The architect for the project is Generator Studios. The construction partners are J.E. Dunn and Monarch Build.

The team President, Allison Howard, said in a statement, “Elite facilities are an essential part of the future for this team. Our new stadium will be an incredible place for athletes to compete at their highest level and the additional amenities will ensure that Kansas City fans have an experience worthy of the passion they bring to every match.”

The new stadium will feature a restaurant and sports bar at its entrance, and what was described previously by its architect, Tom Proebstle of Generator Studio, as a “massive” bar and gathering space on its riverfront side.

Both the front-entrance sports bar and the riverfront establishments will be open year-round to the public, he said.

The stadium will have a 50-year lease on its 7.1-acre site with Port KC. The public agency has committed to provide 2,000 parking spaces for the facility.

Port KC Executive Director, Jon Stephens, said in a statement, “We will utilize the existing undeveloped parcels for 1,700+ of the spaces temporarily. Also adding more on-street spaces to hit the 2,000 mark. As new development goes up, shared parking will be added.”

The new facility, which is anticipated to open in 2024, will also contribute to the maintenance and operation of the streetcar and the Berkley Riverfront Park.

The revised plan for the half-mile streetcar extension now brings the line to the middle of Berkley Park rather than its earlier planned terminus at its West side.

Streetcar officials estimate the change will bring the streetcar stop 800 to 1,000 feet – about the length of three soccer fields – closer to the new stadium.