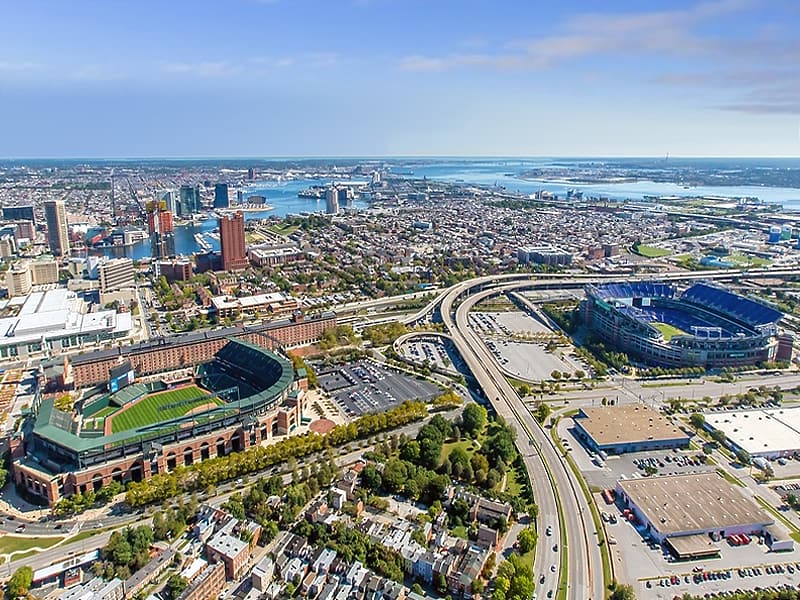 The Maryland Stadium Authority’s (MSA) (US) plan to spend $1.2 billion on improvements for Oriole Park at Camden Yards in Baltimore, Maryland (US) and the M&T Bank Stadium in Baltimore appears to be on the way to approval.

The ‘reddit’ stated that legislation to increase the amount of debt the Stadium Authority may issue for the Camden Yards sports complex received support from a slew of Baltimore business leaders during a public hearing recently. Lawmakers on the House Appropriations Committees, which conducted the hearing and will determine the fate of the Bill, had few questions for Stadium Authority officials and did not express any opposition.

The Stadium Authority, which acts as a landlord for both venues, wants to increase a debt cap for investment in the downtown Baltimore sports complex by more than five times its current limit of $235 million. State-backed bonds would pay for renovations and upgrades to the aging stadiums. Debt service for the stadium bonds would be funded by $90 million a year from taxes on the Maryland Lottery.

The ‘reddit’ further stated that another component of the deal is the Stadium Authority would also lock in the Baltimore Orioles and Baltimore Ravens to long-term leases that would last for the duration of the bonds.

The Maryland Stadium Authority (MSA) was established by the General Assembly in 1986. The original mission was to build, manage and maintain quality facilities to retain Major League Baseball (MLB), and return NFL football to Maryland. MSA is committed to enhancing the Maryland experience for those who live, work and visit Maryland.

Jeff Provenzano of the Maryland Stadium Authority is one of Coliseum’s Strategic Committee Members.

The 45,971-capacity Oriole Park at Camden Yards is a baseball stadium located in Baltimore, Maryland. It is the home field of Major League Baseball’s Baltimore Orioles, and the first of the “retro” major league ballparks constructed during the 1990s and early 2000s. It was completed in 1992 to replace the Memorial Stadium.

The ‘Maryland Stadium Authority’ stated that the Oriole Park at Camden Yards became the home of Baltimore’s premier baseball stadium in the Spring of 1992. Construction began in 1988, with a large amount of building to be done in a short amount of time. Camden Yards covers about 85 acres of land in the heart of downtown Baltimore, just seconds from the Inner Harbor. In its early existence, the ballpark seated 48,041, and after recent expansions, can now seat 45,971. The cost of the project was nearly $110 million. It was designed by the Kansas City architectural firm of Helmuth, Obata & Kassabaum (HOK), now known as Populous, with leadership from the Orioles and the Maryland Stadium Authority.

The M&T Bank Stadium was completed in 1998 at an estimated cost of $220 million, the stadium has 128 suites and 8,196 club seats. HOK architects, now Populous, designed both Oriole Park at Camden Yards and the M&T Bank Stadium. The latter was completed in less than two years and funded through a combination of proceeds generated from the sale of tax-exempt revenue bonds, debt service paid by lottery proceeds and with support of the Ravens.

The ‘Maryland Stadium Authority’ further stated that spectators enjoy the latest in technology, including stunning high-definition RavensVision video screens, a new high-density WiFi network and state-of-the-art concourse designs. With a capacity of 71,008, this impressive structure draws its design from the best of Baltimore’s architecture.

In November of 2013, the Baltimore Ravens, in partnership with the Maryland Stadium Authority (MSA), earned a LEED-certified ‘Gold’ designation for the M&T Bank Stadium from the U.S. Green Building Council. The M&T Bank Stadium is the first existing outdoor professional sports facility in the United States – including all NFL and Major League Baseball (MLB) stadiums – to receive USGBC’s Gold rating. A LEED certification is recognized across the globe as the premier mark of achievement in Green building.

In July of 2019, the Baltimore Ravens completed a three-year, approximately $120 million self-funded investment to enhance the fan experience at the M&T Bank Stadium. Demonstrating a continued commitment to create an exceptional gameday atmosphere, the improvements included new 4K ultra-high definition video displays, escalators and elevators to the upper deck and upgraded kitchen facilities.

The Maryland Stadium Authority (MSA) contributed an additional $24 million – designated for general stadium upkeep and a new sound system – bringing a $144 million in combined funds to the project. During the upgrades process, the MSA had the right to approve designs, and worked side-by-side with the Ravens, who coordinated all contracting on their $120 million investment.