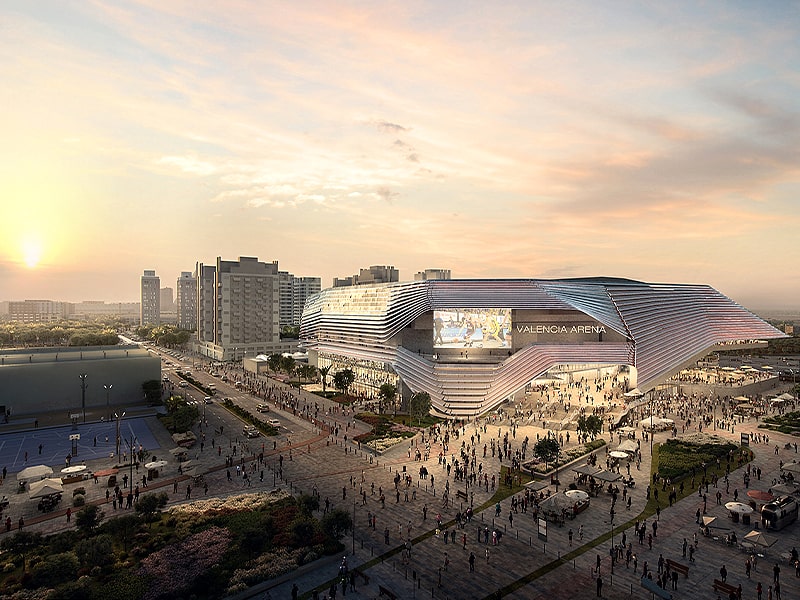 Juan Roig, the largest shareholder of the professional basketball team based in Valencia, Spain – Valencia Basket – announced recently that the inauguration of their new arena – Casal España Arena de València – will be delayed from 2023 to 2024.

The ‘Levante El Mercantil Valenciano’ quoted Roig as stating, “It will be the largest arena (Casal España Arena de València) in Spain which will be able to accommodate 20,000 people. I am not in a position to tell the exact date on which this arena will be inaugurated but for sure not in 2023. It will open its doors in 2024.”

The Spanish billionaire businessman Roig has picked up the tab of the project.

Valencia Basket Club S.A.D., commonly known as Valencia Basket, is a professional basketball team based in Valencia, Spain. The team plays in the Liga ACB and the EuroLeague, with home games played at the Fuente de San Luis. The club is sponsored by the Spanish billionaire Juan Roig.

Pavelló Municipal Font de Sant Lluís is an indoor arena that is located in Valencia, Spain. Built in 1983, it is primarily used for basketball games, and it is the home arena of the Spanish Liga ACB club Valencia Basket. The arena has a seating capacity of 9,000 people.

The ‘Levante El Mercantil Valenciano’ further stated that the works of the Casal España Arena de València began in June 2020 and was expected to be completed before the Summer of 2023. This is why the ‘Taronges’ team starting the 2023-2024 seasons in its new home was being considered.

As per Roig, the opening of the arena has been delayed although construction work started at the beginning of 2022 and the first metal structures of the stands have already been erected.

Apart from being the future home of Valencia Basket, the Casal España will host concerts and major events in its multipurpose rooms. Once the venue opens, it will be in a position to host the Copa del Rey (an annual domestic basketball cup competition between Spanish professional teams) basketball game and, even later, a ‘Final Four’ of the Euroleague.