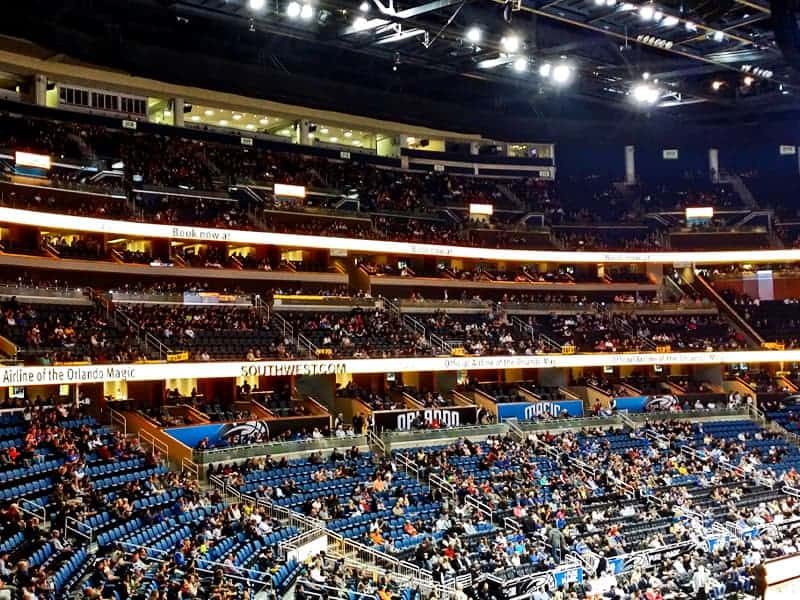 The National Basketball Association (NBA) has confirmed start of the new 2020-21 seasons but along with that it has also laid down strict COVID-19 protocols for fans as the fatal respiratory disease continues to pound the United States. The NBA will require supporters within 30 feet of the court to test negative for COVID-19 as part of its protocols to all 30 teams.

A memo from the association states that fans close to the court will need to register negative for COVID-19 tests two days prior to a game or test negative on a rapid test on the day of the game.

The safety protocols will make wearing of face covers must for everyone above the age of two inside arenas, as well as would require fans to maintain social distancing and undergo symptoms surveys.

Food and beverages will not be allowed for those fans that are within 30 feet of the court and teams will have the option to install plexiglass behind benches.

Fans sitting in arena suites that are at 25 percent capacity or less will not be required to take a COVID-19 test. Teams will be allowed 50 percent capacity if all fans are tested, if the local county’s positivity rate is three percent or below and seven-day advantage or new cases per 100,000 residents is 10 or fewer.

Recently, the NBA and the National Basketball Players’ Association (NBPA) reached an agreement in principle on the start of the 2020-21 seasons, which is set to commence on a condensed basis on December 22nd.

The 2020-21 seasons will feature each team playing a 72-game schedule, down from the traditional 82 games, with the full regular-season and broadcast schedules to be released at a future date. The agreement is subject to a vote by the league’s Board of Governors, but getting the go-ahead is expected to be an exercise in formality.

The NBA will need to concentrate on addressing multiple challenges as the league emerges from the bubble it was forced to end the 2019-20 seasons in, and teams return to playing in their home arenas.

In June, the NBA’s Board of Governors greenlighted a restart plan for its suspended 2019-20 seasons that saw the North American league resume on July 31st with all remaining games played at the ESPN Wide World of Sports complex near Orlando, Florida.

The season was suspended on March 11th due to COVID-19 spreading its tentacles the world over, with 22 of the 30 teams ultimately heading to Florida to complete a campaign that ended on October 11th as the American professional basketball team based in Los Angeles – Los Angeles Lakers – emerged victorious in the NBA Finals.

The NBA Finals is the annual championship series of the National Basketball Association. The Eastern and Western conference champions play a best-of-seven game series to determine the league champion.

The NBA will now have to tackle the health and safety protocols involved in games being played outside the bubble of a single location, and teams traveling across the US. Players faced daily COVID-19 tests when in the Disney bubble, and as a result nobody tested positive due to the stringent rules in place.

Meanwhile, the Toronto Raptors will begin the 2020-21 NBA season in Tampa, Florida. The Raptors were unable to reach an agreement with the Canadian Government on a plan to play their home games at Scotiabank Arena in Toronto amid the coronavirus pandemic. The team instead will play its games at Amalie Arena (Florida), home of the National Hockey League’s (NHL’s) Tampa Bay Lightning.

Presently, nonessential workers traveling to Canada from the US must self-quarantine for 14 days.

The Toronto Raptors are a Canadian professional basketball team based in Toronto. The Raptors compete in the NBA as a member of the league’s Eastern Conference Atlantic Division.