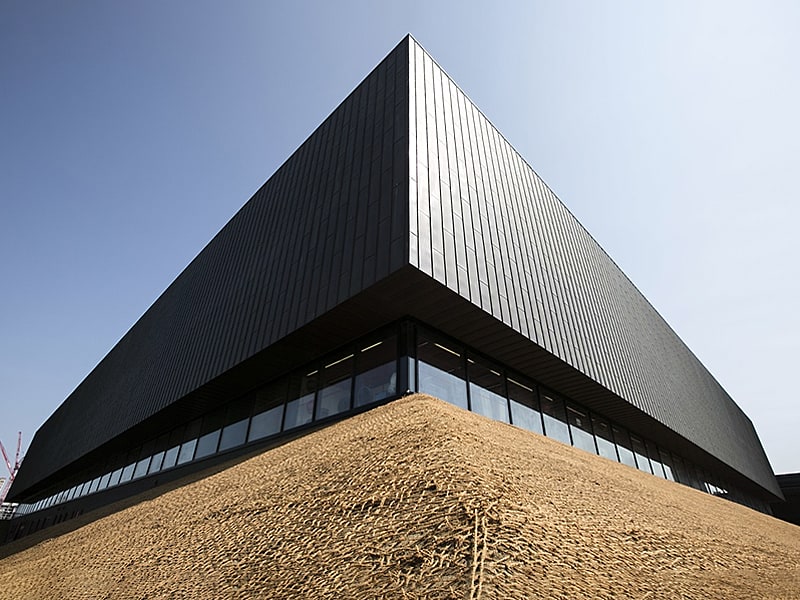 Ten years on from the London 2012 Olympic and Paralympic Games, the London Legacy Development Corporation (LLDC) is looking to award a new operating contract for the Copper Box Arena at the Queen Elizabeth Olympic Park in London, England (UK).

‘Queen Elizabeth Olympic Park’ stated that the Copper Box is the Park’s most versatile venue, with a maximum seating capacity of 7,500 and the ability to stage elite sport and esports as well as other live entertainment events. The Arena is home to the London Lions basketball teams and London Pulse netball team, and includes an 80 station gym, café and ancillary facilities.

The Queen Elizabeth Olympic Park is a sporting complex and public park in Stratford, Hackney Wick, Leyton and Bow, in East London (UK). It was purpose-built for the 2012 Summer Olympics and Paralympics, situated adjacent to the Stratford City development.

The 7,500-capacity Copper Box Arena is the third largest arena in London and the most versatile in the Queen Elizabeth Olympic Park. The adaptable design caters for an incredibly diverse range of sports – from handball and badminton to boxing and wheelchair rugby – and other events.

‘Queen Elizabeth Olympic Park’ further stated that the London Legacy Development Corporation (LLDC), which operates the Park, is seeking to lease the Arena under a new operating arrangement that will build on the venue’s first successful decade. Major events at the Arena since 2012 have included Fed Cup Tennis, Street League Skateboarding, the Table Tennis World Cup, England Netball Internationals, esports tournaments such as Call of Duty and Rocket League, the Vitality Netball Superleague Grand Final, championship boxing, and the Invictus Games. In November 2022 the Arena hosted the England Team’s opening matches of the Wheelchair Rugby League World Cup.

Remarked Edward Fane, Head of Venues at Queen Elizabeth Olympic Park, “Ten years on from London 2012, the Copper Box Arena is a thriving venue for national and international events as well as community sport, health and fitness. This exciting high value contract is critically important to the long-term legacy of the London 2012 Games and we are seeking a significant partnership for the next eight years to bring more high-profile events to the Park and build on the Arena’s hugely successful first decade.”

The LLDC is looking to appoint a service provider that will operate and maintain the Arena, continuing the high level of public use and attracting major national and international events.

The award will be made in another year of evolution for the Park, with the opening of the new East Bank cultural development at the Park, starting in Summer 2023, and more and more people choosing to work, live and study on the Park.

The LLDC operates the Queen Elizabeth Olympic Park through a variety of service contracts that have been let from the Park’s inception, some prior to London 2012 and some as the Park has evolved into its current form post-Games.

Interested companies are required to complete a Selection Questionnaire (SQ) by 12 noon, February 8th, 2023. The Contract Notice (Section VI.3) contains additional information on how to access the SQ and relevant procurement documents.

The Contract Notice can be accessed here.

2022 is a special year for the Queen Elizabeth Olympic Park marking 10 years since the world’s spotlight shone on London for the 2012 Olympic and Paralympic Games. In that time the Park has delivered on its legacy promises creating a must-visit destination for East London attracting six million visits a year, world class sport and entertainment events, thousands of new homes and two new business districts. That progress continues with more homes and jobs to be delivered and projects like East Bank, the most ambitious cultural and education district the United Kingdom has seen for a generation, set to open soon. It’s a legacy to be proud of and one that will continue and inspire generations to come.