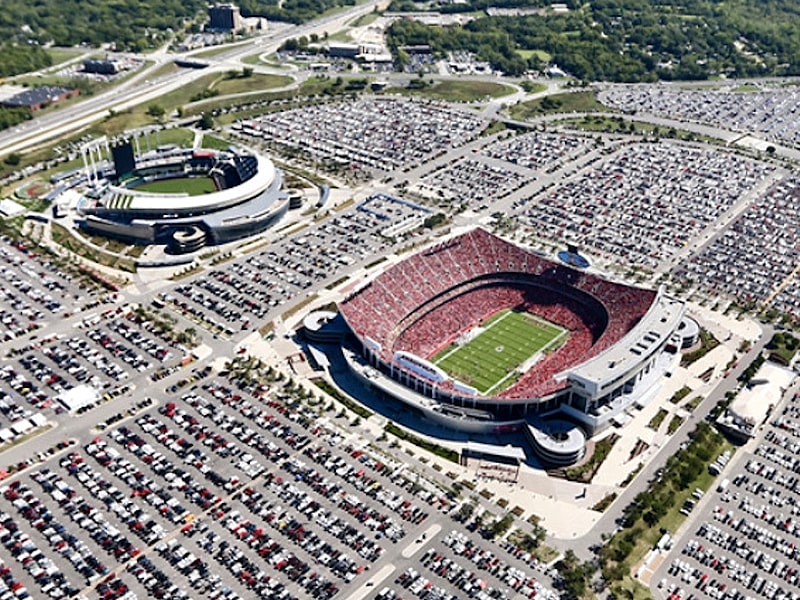 After a half century being a couple at the Harry S. Truman Sports Complex in Kansas City, Missouri (US), the National Football League (NFL) team Kansas City Chiefs and the Major League Baseball (MLB) team Kansas City Royals are leaning toward an amicable breakup, at least that’s the takeaway team executives offered recently.

The ‘CityScene KC’ quoted Brooks Sherman, Kansas City Royals Senior Vice-President, as stating at the annual luncheon of the Downtown Council, “The Chiefs and the Royals are out there together, the collaboration is great and we appreciate all of that. This has been 50 years. There’s no reason why we’re not as successful the next 50 years and go the proper direction for both teams and the City, and it will come out well.”

Brooks, along with Mark Donovan, President of the Kansas City Chiefs, and several other sports leaders participated in a panel discussion on how ‘Sports and Entertainment Destinations Activate Downtowns’.

For the Royals, Sherman was enthusiastic about the prospect of bringing the team downtown -“We think baseball belongs downtown. When you look around the country, we think it contributes to making downtowns a place to live, work and play.”

The ‘CityScene KC’ further stated that Donovan even gave the Royals a gentle push out the Truman Sports Complex door – “This is not a Chiefs statement, this is a Mark Donovan statement, baseball downtown is where it belongs.”

But while the interest in the Royals coming downtown has been apparent since owner John Sherman took over the team three years ago, the potential future of the Chiefs at Arrowhead has been less clear.

Not very long back, Donovan ignited a Border War flareup when he said the team was listening to offers from developers on the Kansas side of the Metro.

At the Downtown Council luncheon, he sought to tap down speculation, saying the Chiefs were a long way from making a decision – “The perspective I want to give to everybody is, take a breath, we have a lot of work to do and we’re doing our best to do our best for all of us.”

Donovan said the team is currently in the middle of a half-million dollar study to see how it can keep Arrowhead Stadium in top shape through the end of its lease in 2031.

The Chiefs executive asked, “Once we’ve done that study, what could we add to this building to take it 50 more years. And is that even possible and what’s that cost and what are the advantages and disadvantages?”

He emphasized the decisions the Royals and Chiefs are taking about their facility future are generational in nature.

Added Donavan, “We’re part of the group making franchise decisions that will affect our franchise and this community for the next 50 years. Clark (Hunt) (CEO of the Kansas City Chiefs) sat down with a bunch of us a few weeks ago and said, ‘Just so everyone knows, people in this room are making the biggest decisions in the history of this franchise. Don’t screw it up.’”

Donovan acknowledged that if the Royals do go downtown, it provides new opportunities for the Chiefs at Truman. It’s anticipated the Chiefs would raze Kauffman Stadium and redevelop the area as an entertainment district.

Donovan continued, “We’re working closely with Brooks and John (Sherman) and their team. We’re aware of what they’re doing, not just because it frees up more options for us at Arrowhead. There’ll have to be a study on what it would be like to build new and you have to look at where else could you go then. All those are on the table. The reality is we have a long way to go, we’re way early in the process.”

He added that remaining at Arrowhead might have the inside track for sentimental reasons -“Arrowhead is special. It’s special to this community, it’s special to its fan base and it’s special to the Hunt family. When you think about the family, that’s their dad’s building and that’s going to play a factor in all this, a big factor.”

He cited Cleveland’s (US) 35,041-capacity Progressive Field, the downtown home of its ball club, as an example of how a ballpark contributes to downtowns. John Sherman was formerly a part owner of the team – “When you look around the country at Cities that have put a downtown stadium in, we have experience in Cleveland that was great, and we could see that up close and personal. When you look at those Cities and see what they’ve done, there’s not a single one of them that regrets putting that stadium downtown.”