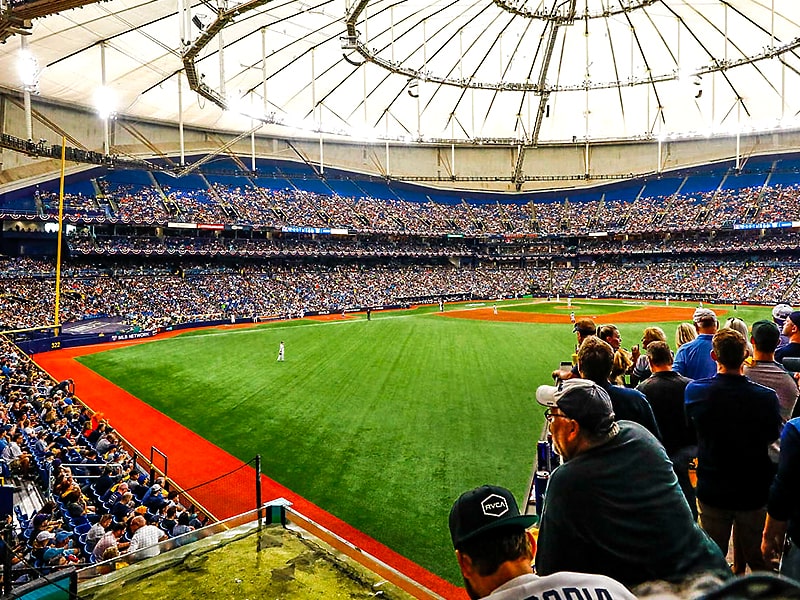 The Mayor of St. Petersburg, Florida (US), Ken Welch, is reopening talks about the future of the Tropicana Field site where the Major League Baseball (MLB) team Tampa Bay Rays play their home games.

‘The Washington Post’ stated that Mayor Ken Welch said recently that the two previous proposals for the 86-acre (348,000-square-meter) downtown location are being scrapped, with a new round of plans to be solicited beginning in mid-August. Welch, St. Petersburg’s first Black Mayor, has made a priority of including such things as affordable housing and greater job opportunities along with Rays baseball.

The Tampa Bay Rays are an American professional baseball team based in St. Petersburg, Florida (US). The Rays compete in Major League Baseball (MLB) as a member club of the American League East division. Since its inception, the team’s home venue has been the Tropicana Field.

The 42,735-capacity Tropicana Field, also commonly known as ‘The Trop’, is a multipurpose domed stadium located in St. Petersburg, Florida, United States, that has been the home of the Tampa Bay Rays of Major League Baseball (MLB) since the team’s inaugural season in 1998.

Tampa Bay has been looking for a new stadium for a number of years. The lease on their current ballpark, Tropicana Field, ends in 2027. The team has been searching for a replacement for the park, which is quite wanting in facilities and probably ranks right at the bottom of the heap in MLB, and has the smallest seating capacity of any MLB park.

‘The Washington Post’ further stated that Welch said the goal is to choose a new redevelopment plan by year’s end. The Rays’ Tropicana Field lease is up in 2027 and Welch said the new plan should envision including a stadium at the site.

The Mayor said at a news conference held near Tropicana Field recently, “I don’t believe waiting a few months to get this right is unreasonable. I think St. Petersburg is the best opportunity for the Rays. It’s about making sure we’ve got the right plan for where we are in 2022.”

The Rays have played at the domed, tilted Tropicana Field since their inaugural 1998 season. The site is in the former Gas Plant neighborhood, where Black-owned businesses and homes were uprooted for the stadium’s original development and, before that, InterState highway construction. Welch said a goal is to restore some of that former neighborhood, where his father ran wood yard business years ago.

He asserted, holding an axe handle from his father’s business. “It’s about rebuilding a community that was there and was dispersed.”

Despite regular success on the field, the Rays consistently have among the lowest attendance figures in Major League Baseball. The team has looked into moving, perhaps in Tampa’s Ybor City area, and also discussed splitting the season between St. Petersburg and Montreal until MLB called a halt to that idea.

The previous bidders for the plan – developers Sugar Hill and Midtown Development – can submit new proposals under the new process, Welch said.

The MLB Commissioner, Rob Manfred, said in June that the MLB teams Rays and Oakland Athletics need to reach new ballpark deals soon and left open the possibility of considering relocation if agreements are not struck.

Manfred said during a news conference following an owners meeting, “There is urgency with respect to Tampa. There needs to be a resolution in the Tampa Bay region for the Rays.”

Welch said the new redevelopment plan should bring certainty to the Rays and rebuild, to some extent, the community that was torn apart by previous projects – “We’ve been waiting for decades. The Rays stadium question has to be answered.”