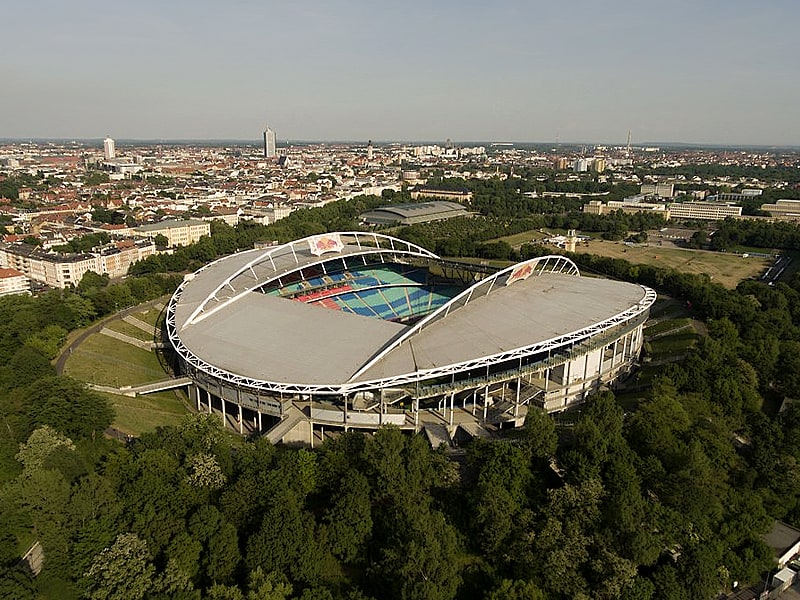 The Health Department of the Saxon metropolis has given the thumbs up for a 50 percent capacity utilization of the Red Bull Arena in Germany.

The ‘kicker’ stated that come August 20th and 23,500 spectators will be allowed to attend the first and second home game of coach Jesse Marsch’s team RB Leipzig against German sports club VfB Stuttgart. The ‘Red Bulls’ will again take on the Bundesliga team FC Bayern on September 11th in their home ground.

RB Leipzig or informally known as Red Bull Leipzig, is a German professional football club based in Leipzig, Saxony (Germany).

Jesse Marsch is an American professional soccer coach and former player who is the current head coach of German club RB Leipzig.

The 41,939-capacity Red Bull Arena is a football facility located in Leipzig, Saxony, Germany and serves as the home digs of RB Leipzig. It is the largest football stadium in former East Germany and has also hosted music concerts as well as football.

FC Bayern is a German professional sports club based in Munich, Bavaria (Germany). It is best known for its professional football team, which plays in the Bundesliga, the top tier of the German football league system. The 70,000-capacity Allianz Arena in Munich serves as their home facility.

The ‘kicker’ further stated that after its rejig, the Red Bull Arena can now pack in a crowd of 47,069 spectators.

With the Delta variant of COVID registering a rise in few European countries, the prerequisite for the 50 percent capacity utilization of the Red Bull Arena is that the seven-day incidence in Leipzig on the above fixture dates should be below a value of 35. Saxony currently has the third lowest incidence value nationwide, but in Leipzig (12.8) it was above the Saxon national average (6.4) over the past four days.

Fans who want to grace the above fixtures must take both the shots against coronavirus or have a negative rapid test carried out 24 hours before attending the event. Negative PCR tests can be carried out 48 hours before attending the event. These criteria do not apply to children under the age of seven. Only rapid tests from certified test centers are accepted, so-called self-tests will not be accepted.

Additionally, medical face coverings have been made compulsory and can only be removed while eating or drinking.