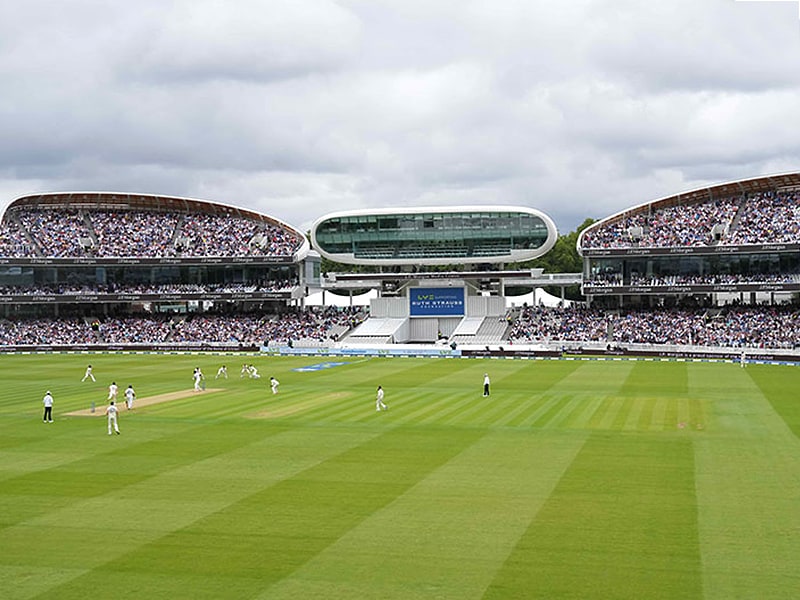 The Marylebone Cricket Club (UK) President and Sri Lankan cricket great, Kumar Sangakkara, officially opened the new £53 million Compton and Edrich Stands at Lord’s Cricket Ground on August 12th. He inaugurated the same in front of the first full crowds for a Test match at Lord’s since 2019. The outbreak of COVID-19 in March 2019 threw the whole world out of kilter.

The ‘Lord’s Cricket Ground’ stated that Sangakkara declared the stands officially open by cutting the ribbon of MCC colors, scarlet and gold, accompanied by the MCC Chairman Gerald Corbett, MCC Chief Executive and Secretary Guy Lavender, and members of the project team who made the completion of the redevelopment possible during the past 18 months amid the challenges raised by coronavirus which struck the United Kingdom in a big way.

London (UK)-headquartered the Marylebone Cricket Club is a cricket club founded in 1787 and based since 1814 at the Lord’s Cricket Ground, which it owns, in St John’s Wood, London. The club was formerly the governing body of cricket and still holds considerable global influence.

The 30,000-capacity Lord’s Cricket Ground, commonly known as Lord’s, is a cricket venue in St John’s Wood, London. Named after its founder, Thomas Lord, it is owned by the Marylebone Cricket Club and is the home of Middlesex County Cricket Club, the England and Wales Cricket Board (ECB), the European Cricket Council (ECC) and, until August 2005, the International Cricket Council (ICC). Lord’s is widely referred to as the ‘Home of Cricket’ and is home to the world’s oldest sporting museum.

Those present also included two generations of the Compton and Edrich families, of which the new stands continue to bear their respective names: Nick and Ben Compton, both cricketers and grandsons of the Late Denis Compton, and Justin Edrich, son of Bill Edrich, along with his daughter, and Bill’s niece, Jean attending the opening ceremony. The Late Denis Compton and Bill Edrich entertained thousands of spectators during their careers, and their contribution to the history of Lord’s will continue to inspire visitors to the ‘Home of Cricket’ through the stands.

The redeveloped Compton and Edrich stands, designed by double RIBA Stirling Prize winners WilkinsonEyre and constructed by ISG, have replaced the old structures with significantly improved facilities that will future-proof the ‘Home of Cricket’, while complimenting the unique character of the Ground.

The ‘Lord’s Cricket Ground’ further stated that the spectacular and innovative stands accommodate 11,600 spectators and provide an experience to be enjoyed by a range of cricket supporters. Ticket holders will benefit from the numerous integrated catering and washroom facilities located in close proximity to seats at all levels, ensuring minimal time away from the cricket action on the Ground while providing excellent sightlines and unparalleled views of Lord’s.

The stands have greatly improved accessibility with wheelchair-accessible spaces, amenity seating and lift access at all levels. Debenture Holder level seating on the second tier boasts two magnificent pitch-facing restaurants, Compton’s and The Edrich, the latter of which is run by Michelin-starred chef, Tommy Banks, for international matches, as well as two exquisite hospitality suites. The stands also include a new shop at ground level.

Stated Sangakkara, “I am incredibly proud to have the honor of opening these magnificent new stands. One of the key focuses during my tenure as President was the development of Lord’s as a leading venue in world cricket, and it’s an incredible moment to see this ambition achieved and full of life with cricket supporters enjoying the stands.”

Added Sangakkara, “It’s wonderful that we are joined by family members of the great Denis Compton and Bill Edrich for this memorable occasion, two fantastic players and characters of the game that were a joy to watch. Their entertaining presence will be remembered through these stands for years to come and will no doubt be accompanied by many more historic moments on the field at Lord’s.”

Remarked the MCC Chief Executive & Secretary Guy Lavender, “It’s been fascinating watching these stands evolve over the past two years. In what has been a challenging time for everybody, finally opening these stands fully to be enjoyed by cricket supporters for this Test match is a significant and heart-warming moment. There has been an incredible amount of hard work to achieve this milestone and I would like to thank everybody who has been involved in this project, which has truly been a team effort.”