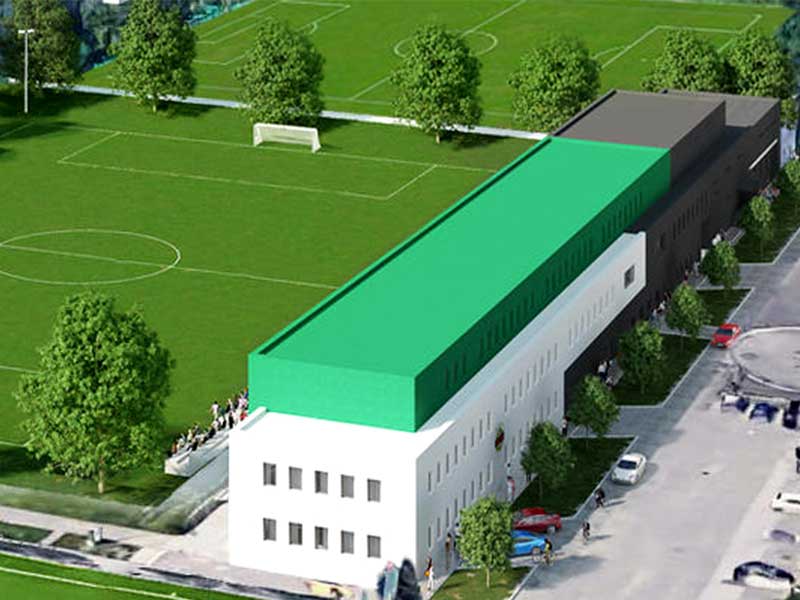 Austrian football club SK Rapid Wien has announced plan to build a new training center after its recent annual general meeting. The club has been preparing intensively for the construction of a new training center for about three years and has held many discussions about possible locations in Vienna and beyond, according to a media release on the club’s official website.

A dedicated project group has also made excursions to training centers abroad (including the new youth center of HSV or that of Ajax Amsterdam) and, as with the construction of the new Allianz Stadium, SK Rapid can count on the support of the renowned Institute for Sports Facility Consulting (IFS). The IFS is an international company in the areas of sports development and project management for the planning, construction and operation of sports and event venues.

Addressing more than 1,000 members at the annual general meeting, SK Rapid’s Managing Director of Business Christoph Peschek said that the club has reached an agreement with the City of Vienna for the location of the training center.

“Thanks to the support of the Vienna city government, led by Mayor Michael Ludwig, we will be able to develop a professional training infrastructure in the Prater, which, in addition to more than 200 green and white junior players, will provide the best conditions for our professional team,” Peschek said.

“The SK Rapid will acquire the functional building in the immediate vicinity of the Ernst Happel Stadium on the grounds of the Kultur- und Sportverein and expand the area from 3,300 square meters to around 6,100 square meters. The district officials have already been informed about this and will subsequently be requested by the responsible authorities to obtain the necessary permits,” he added.

The center will house cabins, study and recreation rooms, a powerhouse, all sport offices, a gambling center, a canteen and other facilities, the SK Rapid official informed. In addition, the current lawn already will be adapted and provided with a turf heater and grandstand including a roof, Peschek said.

“In addition, at the site of the Ernst Happel Stadium six more training centers are available. In the future, we should also have training centers with the same dimensions as the main playing field in Hütteldorf and, in the final stage, also have corresponding turf heaters,” he said.