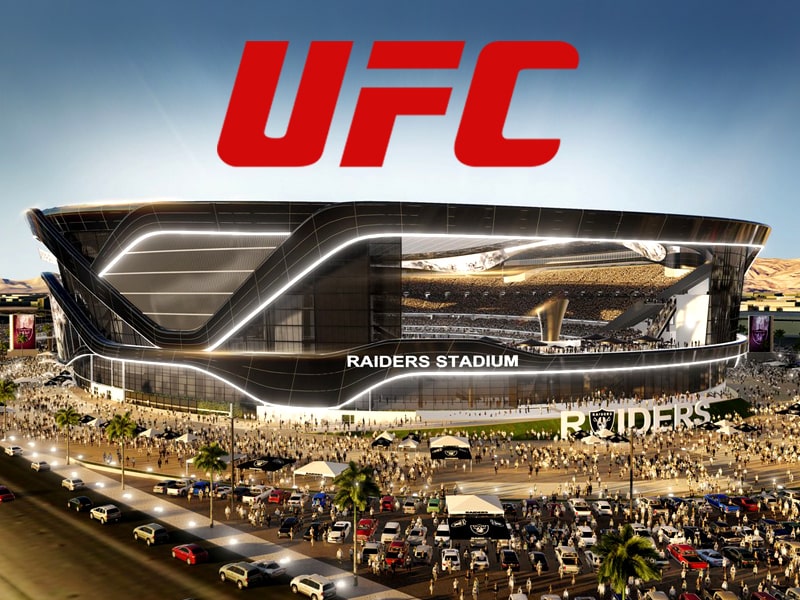 The Oakland Raiders relocation to Las Vegas could be the Ultimate Fighting Championship’s gain with UFC chief operations officer Lawrence Epstein saying he anticipates that the promotion will eventually hold some of its major events at the new stadium, which is expected to open in August 2020.

The UFC has on occasion held massive stadium events out of the country, but never in the United States. That could change soon.

“The boxing and MMA events that have gone elsewhere … we’ve done events in Australia and Brazil and Canada that if we would have had a facility here in Las Vegas, we would have done [here],” Epstein said in an interview with LVSportsBiz.

“There have been events at [AT&T] Stadium [in Arlington, Texas] – big boxing events there. There’s no reason why those events wouldn’t have come to Las Vegas. I think combat sports is going to have a home in this facility.”

The stadium, which costs a reported $1.8 billion, is expected to seat 65,000 for football games. That capacity could change for a UFC event, according to Epstein. “I think you can configure it in a lot of different ways depending on how many tickets you do want to sell,” he said.

T-Mobile Arena is still the promotion’s home base in Sin City, and it will remain the primary venue for the promotion. The stadium will likely be an alternative only on special occasions.

“The stadium events are going to be special events,” he said. “They’re going to be that event that warrants this huge crowd and the ability to sell tickets associated with 65,000-seat stadiums.

There are challenges that come with setting up a stadium show, particularly if the venue is specifically designed for another sporting event, but the payoff can be worth it in the long run.

“It’s just way, way more expensive, but obviously the return is if you sell the tickets,” Epstein said. “That overcomes the additional expense. It’s logistically challenging. You’ve got to make sure it looks right on TV. There’s a variety of things you need to do. The good news is for us that we’ve done it. We know how to do it and those challenges, we’ll figure it out.”

Allegiant Stadium aglow with video board