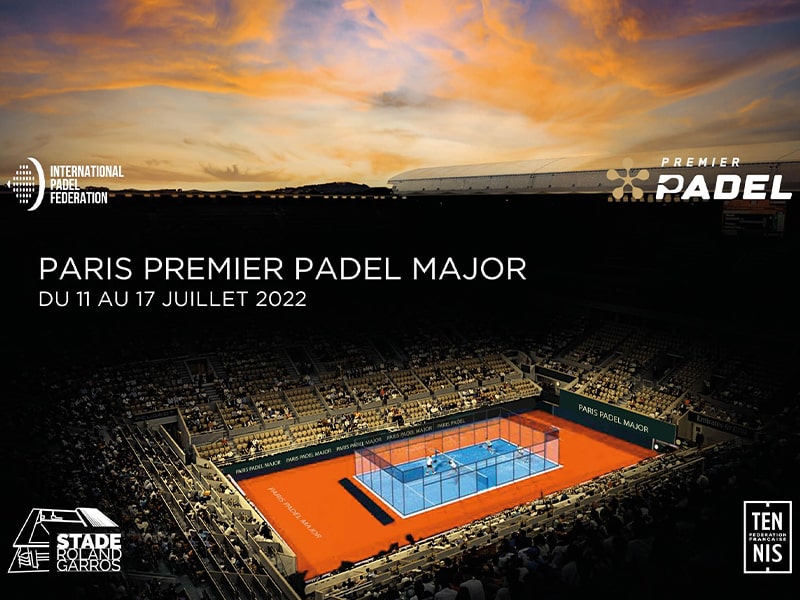 It is anybody’s guess where the second Major of the season of the Premier Padel Circuit will be held. The organization of the Circuit of the International Padel Federation (FIP) and Qatar Sports Investments (QSI) has announced that Roland Garros (France) joins the calendar in this first year.

The ‘Euro 24’ stated that the Stade Roland-Garros will host this test from July 11th to July 17th, 2022 in which, until now, it is the second confirmed date out of the 10 announced by this new Professional Padel Circuit for its first season, confirming a growing rumor in recent days.

The Federación Internacional de Pádel (FIP) is the world governing body for the sport Padel, founded in 1991 in Madrid by the Argentinean, the Spanish and the Uruguayan Federation legal representatives. It is a non-profit making organization whose goal is to promote all forms of Padel around the world.

Padel is a racket sport and typically played in doubles on an enclosed court roughly 25 percent smaller than the size of a tennis court. Scoring is the same as normal tennis and the balls used are similar but with a little less pressure. The main differences are that the court has walls and the balls can be played off them in a similar way as in the game of squash and that solid, stringless bats are used. The height of the ball being served must be at or below the waist level.

The Qatar Sports Investments is a closed shareholding organization founded in 2005 and based in Doha, Qatar. Revenues generated from ventures of QSi are reinvested into Qatar’s sport, leisure and entertainment sectors.

Stade Roland Garros is a complex of tennis courts located in Paris that hosts the French Open, a tournament also known as Roland Garros. It is a Grand Slam championship tournament played annually around the end of May and the beginning of June. The complex is named after Roland Garros, a pioneering French aviator, and it was constructed in 1928 to host France’s first defense of the Davis Cup Paris, thus, becomes the second major stage announced by Premier Padel.

Stated Luigi Carraro, President, FIP, “We are absolutely delighted for our sport, and for the players, that padel – under the governance of the International Paddle Federation – will be played in one of the most iconic and revered places in the world: The Stade Roland-Garros.”

The above piece of news comes after the French Tennis Federation (FFT) signed a ‘Memorandum of Understanding’ with Premier Padel and that makes the French federative body a “leading partner and contributor on the international padel scene”.

Stated Nasser Al- Khelaifi, Chairman of Qatar Sports Investments, “This is a very important moment for the sport of padel, in France, in Europe and on the world stage. From the first day we said that the new official circuit would take this sport to the highest possible level, and the celebration of a Major at the Stade Roland-Garros is proof of that. This tournament is very special and will be one of our four Majors, and I would like to extend my thanks to the FFT for their passion and vision to develop padel in France.”

This event will award 2,000 ranking points and a high prize pool since, according to the standards announced in February 2021, with the official appearance on the circuit, the ‘prize money’ to be distributed by the players in the Majors is 525,000 euros.

The ‘French Tennis Federation’ stated that this premier event will showcase the fastest growing sport in the world.

The ‘French Tennis Federation’ further stated that ‘Paris Premier Padel Major’ is the first tournament in the Major category announced in Europe and the second Major announced as part of the official Premier Padel Circuit, supported by the professional players of the PPA and organized under the governance of the FIP. To be played in the historic Roland-Garros-Stadium, the ‘Major’ will offer players and spectators an unprecedented premium experience around a spectacular professional sport.

With the signing of a memorandum of understanding (MoU) with Premier Padel recently and the organization of this Major, the FFT becomes a partner and key player in padel on the international scene. It is also committed to the development of padel at all levels in France, where this sport is booming with already 280,000 practitioners.

The ‘Paris Premier Padel Major’ will be broadcast worldwide by some of the biggest international media groups, including ESPN, SKY, Viaplay, SuperSport, and (in France) beIN SPORTS. Premier Padel is continuing its discussions with broadcast partners in order to facilitate extensive coverage of this event.

Said Gilles Moretton, President of FFT, “It is an honor to be the first European country to offer the best players on the planet a ‘Major’ padel competition. The FFT is proud to write the history of padel by joining forces with the FIP and Premier Padel to organize the Paris Premier Padel Major at the Roland-Garros Stadium. This event will give padel a new dimension and strengthen the enthusiasm of the French for this discipline, which the FFT supports by means of a complete development plan.” 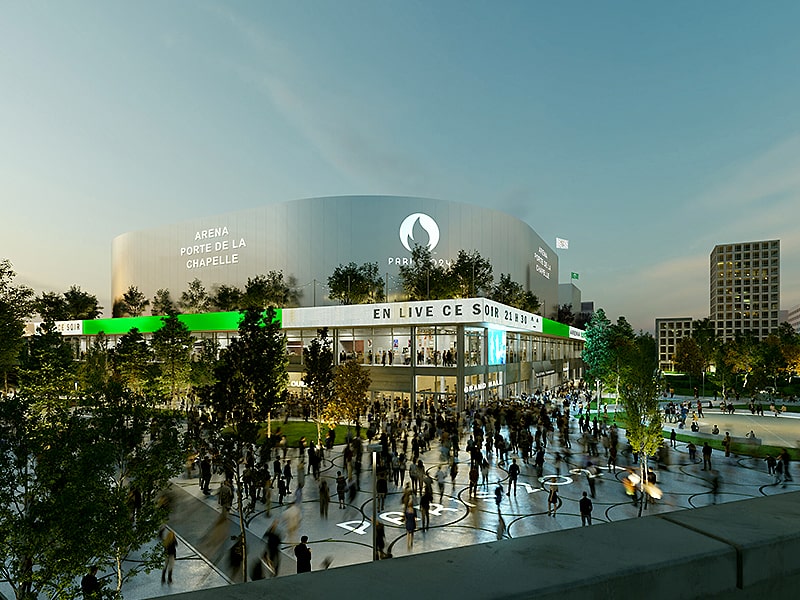