The Wasps Rugby Football Club (UK) has asked for millions of pounds of public money as financial strain builds on their stadium business.

The ‘BBC News’ stated that the West Midlands Combined Authority (WMCA) is considering a funding application for about £13m.

The Wasps Rugby Football Club is a professional rugby union team based in Coventry, England (UK). They play in Premiership Rugby, England’s top division of rugby. Founded in 1867 as Wasps Football Club, now a distinct amateur club, they were originally based in West London, but relocated to Coventry in December 2014.

The Coventry Building Society Arena (often shortened as the CBS Arena or just simply Coventry Arena, and formerly known as the Ricoh Arena) is a complex in Coventry, England (UK). It includes a 32,609-seater stadium which is home to owners, rugby club Wasps, also known as home to the football team, Championship club Coventry City F.C.

The West Midlands Combined Authority is a combined authority for the West Midlands metropolitan county in the United Kingdom. It was established by statutory instrument under the Local Democracy, Economic Development and Construction Act 2009.

The ‘BBC News’ further stated that the authority stated “Any formal submission for decision has not been reached”.

The Wasps have not yet commented on why an application for money has been made.

The rugby club has delayed repaying bondholders, who invested at least £2,000 each, to help it raise £35m in April 2015.

That bond scheme was launched shortly after Wasps acquired a 250-year lease on the Coventry Building Society Arena – then known as the Ricoh Arena.

Most of that money was used to pay off previous debts, including a £13.4m loan from the Coventry City Council and £10m of loans from Wasps owner Derek Richardson.

Bondholders should have been repaid in May this year, but the Wasps announced last month they would push the repayment date back until the end of June.

The club said that was to allow them time to finalize terms with bank HSBC to refinance that bond debt.

Stephen Vaughan, Chief Executive Officer (CEO) of Wasps, released a statement at the time, which said they were “pleased to have agreed” a deal with the lender.

Added Vaughan, “We thank bondholders for their continued support and look forward to updating them further in due course.”

Wasps have not yet commented on why an application for money from the WMCA has been made or whether it impacts on the refinancing arrangements.

A spokesperson for ACL, the stadium business owned by Wasps, said, “We do not comment on commercially-sensitive matters.”

A statement from the WMCA said there had been an approach to the authority, via the Coventry City Council, “Which, as with all financial requests of this nature, is currently being considered through the appropriate channels. This was at an early stage of consideration and any formal submission for decision has not been reached. Given the commercial nature of the request, no details can be shared at this stage.”

Stated the Coventry City Council, “The City Council, including through the Chief Executive and senior officers, has regular communication and dialog with many businesses and this has been particularly important throughout the pandemic as the economic context has been incredibly challenging. The Wasps have been one of these businesses.”

The Council said as part of “Discussions with the Wasps, officers did signpost to the WMCA.”

The Arena business has struggled financially since Wasps relocated there in 2015.

It may be recalled that the rugby club completed the purchase of Ricoh Arena operators ACL, in a deal worth an estimated £20million, in November 2015.

The latest set of filed accounts from November 2021 show losses of about £18.5m over the past two years and net liabilities of £54.7m.

Those accounts also state that if Wasps are unable to repay bondholders, the business would be forced to sell assets to finance the debt.

The bondholder debt was initially secured against the value of the Arena, which was most recently valued at £52.4m last year.

The Coventry and Warwickshire Local Enterprise Partnership has previously handed over £5.2m in grants to Wasps to build a new sports bar and improve the Arena ahead of hosting the Commonwealth Games events this Summer.

The Warwickshire County Council said it could not say whether any application for funding had been received due to “commercial confidentiality”.

The involvement of the Coventry City Council in trying to secure funding for Wasps could open old wounds.

The Coventry City Council bailed out the stadium operating company with a £13.4m loan in 2013.

That decision angered the owners of the Coventry City Football Club who ultimately left the stadium and the City twice.

It also prompted multiple lengthy and costly legal battles over that loan and the subsequent sale of the stadium business to Wasps.

The football club returned to the stadium on a 10-year deal last season – in a deal brokered by the WMCA Mayor Andy Street – and the legal action over the stadium finally came to an end.

‘the Sky Blues’ (Coventry City Football Club) owners Sisu are not commenting publicly on these latest developments, but fans will be concerned about the potential fallout if the stadium company benefits from another taxpayer bailout. 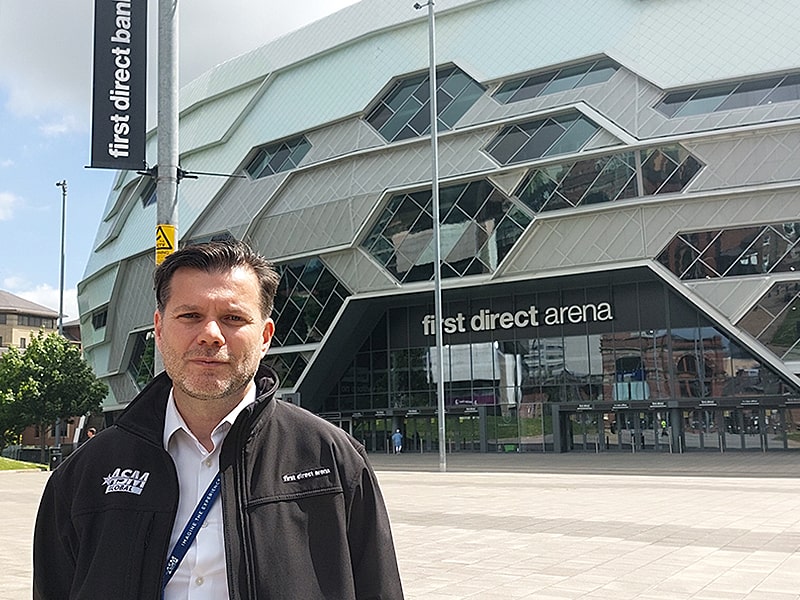