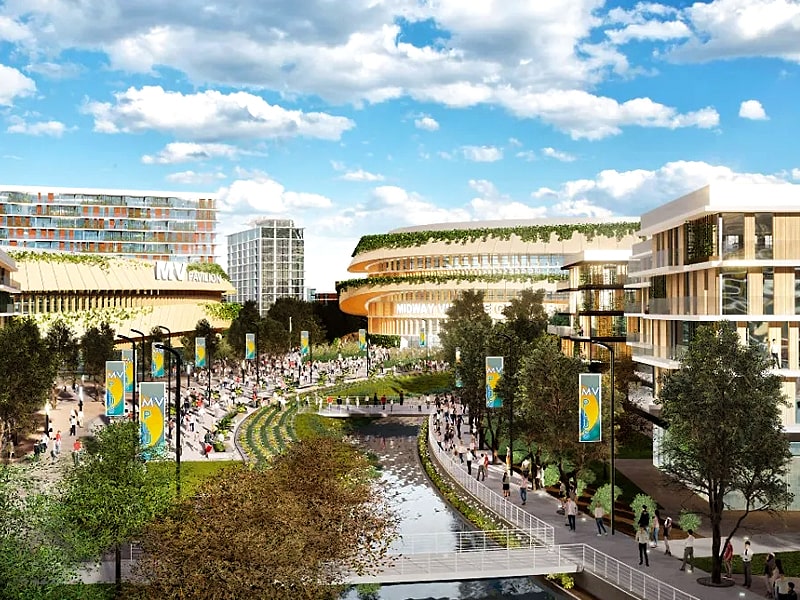 San Diego (US) has a once-in-a-generation opportunity to reimagine the aging Sports Arena District and create a model of vibrant, diverse and inclusive development.

The ‘Times of San Diego’ stated that it’s no surprise the opportunity to redevelop the site has attracted interest from many worthy bidders. It’s also no surprise that City officials have emphasized the need to construct a significant number of new affordable homes for local residents.

But while those goals are both laudable and understandable, a winning team for the Midway District will have to deliver much more for San Diego.

An entertainment district has been planned in the Midway area that encompasses a new sports arena, thousands of housing units, park space, and retail businesses.

Midway Village+ is that team. Here are four reasons why:

The ‘Times of San Diego’ further stated that first and foremost, Midway Village+ proposes a significant number of new affordable housing units – 1,610 in total. When one includes the homes for the middle-income families, the affordable and middle-income numbers increase to 2,208 units, or more than half of the 4,210 new homes called for by Midway Village+.

Moreover, the focus is to build new homes – not just “housing units.” While raw unit counts matter, so too does the extent to which those units address the unmet housing needs in the community.

Within the affordable housing plan, 640 two- and three-bedroom homes are on offer to accommodate larger and multigenerational families. It is also being pledged to build dedicated homes for seniors while providing facilities for onsite preschool and childcare.

The only team with a plan that includes permanent supportive housing – 116 new homes, including 36 specifically for kids transitioning out of foster care. And Midway Village+ is the only team with a groundbreaking partnership with Habitat for Humanity to build 100 for-sale affordable homes.

The plan also offers the greatest potential for job creation and economic development for years to come. And the team involved is the only one to propose three entertainment venues – not only a new 15,000-seat world-class arena, but also a new 3,500-seat events hall and a 12,000-seat soccer stadium for the American professional soccer team San Diego Loyal SC.

The team involved is also the first one to formalize labor commitments that ensure a development that provides high-quality, living-wage jobs. In fact, the leadership team includes executives responsible for some of the most impactful economic and community benefits initiatives in the State.

As a Fortune 500 company with more than $11 billion in assets, Toll Brothers has a long and celebrated track record of master planning and housing development. BRIDGE Housing was recently named as the Nonprofit Developer of the Year.

Revitate’s arena team played a central role in the development of two of California’s most recent major arena districts in Sacramento and San Francisco – both of which won the prestigious national Sports Facility of Year Award. And who in the San Diego housing world doesn’t know and trust MAAC and Habitat for Humanity?

Simply put, the team has the expertise and deep pockets to ensure that beautiful renderings become a compelling reality.

Lastly, the team celebrates the collaborative nature of this project, and the unique dynamics that accompany public-private partnerships. It understands the central role City officials and the community play in this process.

The team has lived through the inevitable ups and downs of these types of large, complex, multifaceted, and multistakeholder projects – not just as developers, but as senior City officials, nonprofit executives, community advocates, and residents. They have invested the time to create a plan that delivers on the goals, needs and aspirations of the community – something made clear last year when the plan finished in first place among the competition with 64 percent of the public’s support in a City-organized survey.

There have been exclusive endorsements from a growing roster of civic leaders including Bill Walton, Challenged Athletes Foundation, Circulate San Diego, and New Children’s Museum, and the team will continue to engage fellow San Diegans.

In the coming months, the San Diego Mayor, Todd Gloria, the City Council and the community will move closer to one of the most important and potentially transformative opportunities in the City’s history. The team is fully committed to creating a place that will inspire more redevelopment in the Midway District – a new and modern village worthy of this great City.