“The most enthusiastic supporters prefer to stand” 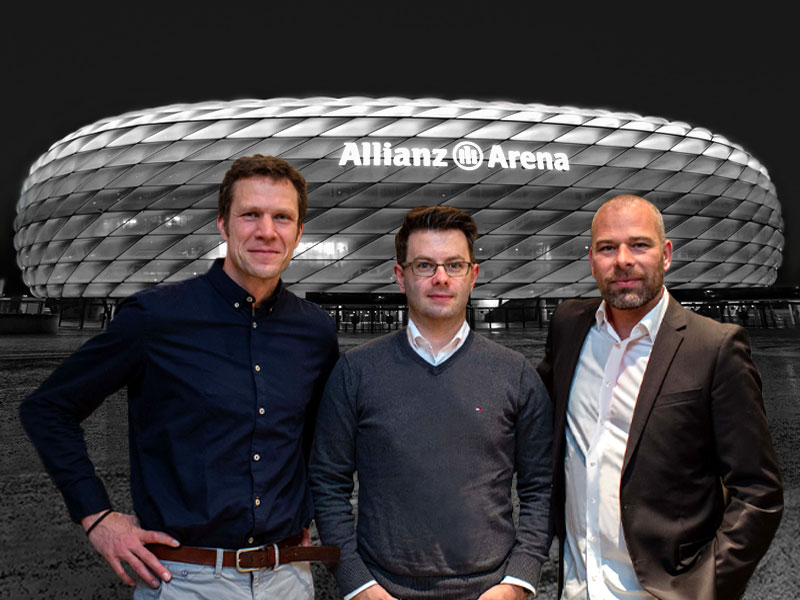 Managing Director Thomas Albinger (picture right), Companeer, about safe standing areas at Allianz Arena in Munich coupled with smooth access to the venue which has helped fans reconnect and identify themselves with the game of soccer.

The facilityexecutive.com website reported that Marlene and Joe were pretty impressed with the safe standing facility at Molineux Stadium in England. The couple used to otherwise prefer watching a soccer match in the comfort of their home. Very picky about venues, the duo was excited that Wolves had installed various safe-standing options at Molineux this year (Wolves are a professional football club in West Midlands, England, and their arena is Molineux Stadium).

Marlene and Joe are among the millions of football fans who love to watch a match standing even when seats are on the way. The duo was not only mighty impressed with the safe standing facility of the stadium, but also with other facilities like no parking snarls and clean surroundings.

But, fans also want to watch a match in a safe environment and do not want a repeat of the worst sporting disaster in British sporting history – the Hillsborough disaster on April 15, 1989, in which 96 people were killed and 766 injured – leading to a ban on fenced standing terraces. All-seater stadiums were introduced in the top two-tiers of English football.

To give fans a fulfilling experience, companies like Companeer work overtime so that spectators enjoy a great stadium experience with the highest standards. Headquartered in Munich, this stadium consultant company’s success story is best exemplified by the standing terraces which it introduced at the Allianz Arena in Munich.

Safe standing area in a stadium helps to increase the stadium’s capacity and clubs too benefit from them financially. Standing terraces can make the whole game of soccer much more exciting for fans and it is wallet-friendly too.

Introduction of standing terraces means more spectators which will translate into more revenue for the clubs on the day of the match. One seated fan is equal to two standing supporters. More standing areas result in two-pronged benefits for the clubs – higher earnings from merchandizing and catering and large crowds in a stadium also attract corporates and sponsors due to the customer contact points.

Standing is a part of football culture and it helps fans reconnect and identify themselves with the game. Companeer is not only trying to promote this idea but are also effectively managing the logistics part in a stadium. Fans in the safe standing section are the most jubilant ones and that overall contributes to the positive mood in the stadium and matchday experience of the spectators. A pulsating stadium helps enhance the image of the club in general and supporters are ready to pay for exclusive seats. This also means more value for corporate partners and sponsors. More standing accommodation in a stadium leads to freed up space and extension of VIP areas.

The stadium management company believes that simply reintroducing safe standing areas does not suffice. The pros and cons should also be looked into – in the standing terraces fans tend to get more delirious during goal celebrations during a soccer match. Usually, the statics of a stand should be worked upon and toughened up.

Standing areas in a stadium also need to tackle the issue of overcrowding. To ensure that there is more free moving space, a standing terrace is subdivided into sectors to prevent a chaotic situation. Fold away seats are the best option for safe standing because it gives a lot of space to the spectators to move around freely and can also turn standing terraces into temporary seating area.

Says Thomas Albinger, Managing Director, “The main issue is escape route capacity. The number of spectators almost doubles when a seated stand is converted into a standing terrace. Therefore, a redesign of the escape route system is usually the most important single factor that needs to be addressed. Other important factors are the prevention of overcrowding, having a flexible system to meet the all-seater requirement for international games and an adjustment of the stadium infrastructure to account for a higher number of people on the same footprint.”

Dr Markus Sass (picture middle), Consultant, affirms, “Standing terraces are especially attractive to young supporters as tickets are usually more affordable. In Germany, clubs too are very keen to ensure that the next generation of fans has this ‘entry level’ opportunity to watch their team and become hooked.”

While supporters are clearly in favor of standing areas, Thomas Albinger acknowledges that authorities might need some convincing that standing terraces are not a safety hazard. Any outreach program in mind? “We would be happy to engage in any discussion with people concerned about standing terraces and show them what can be done to tackle the issues at hand,” he says.

If you want to read further to receive valuable bits of advice to be implemented in your future projects; click here!