The Stoop rejig on to enhance fan experience 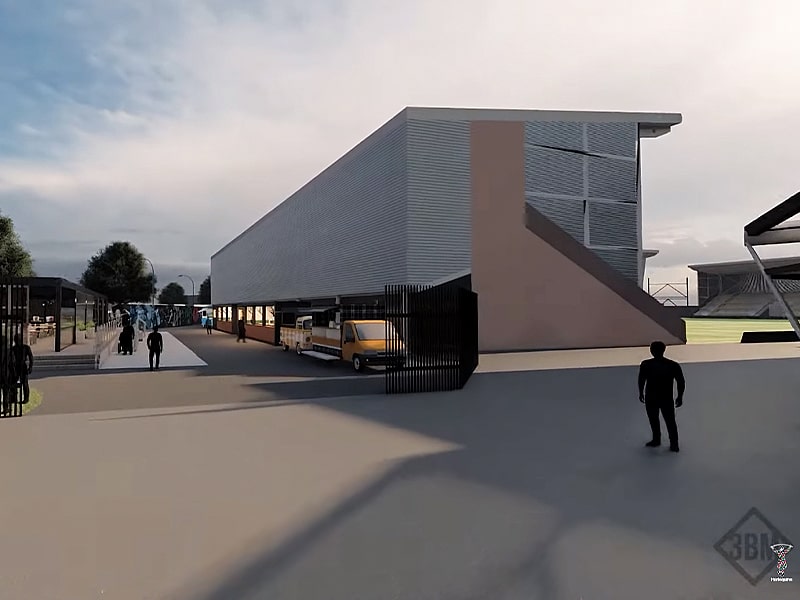 The exciting redevelopment work at ‘The Stoop’ – the home ground of the Premiership Rugby club Harlequin F.C. (UK) announced earlier this season – is officially underway.

The work is planned to be concluded over the Summer in time for the start of the 2022-2023 seasons.

The ‘Harlequins’ stated that following a hugely successful season for the club with every men’s Gallagher Premiership home match selling out, works to further improve stadium facilities for the start of the new season have begun, to improve the spectator experience. The building work will see stadium access temporarily altered and the Shop closed with immediate effect.

The Harlequins is a professional rugby union club that plays in Premiership Rugby, the top level of English rugby union. Their home ground is the Twickenham Stoop, located in Twickenham, South-West London, UK. Founded in 1866 as the Hampstead Football Club, they took the name Harlequins in 1870.

The ‘Harlequins’ further stated that the work will see a new Fan Village behind the North Stand, with improved premium bars and food outlets, a seating area designed for live entertainment and a revamped Club Shop. The Jason Leonard Gate (Gate 1) will benefit from a new, covered entrance, additional Ticket Office window and state-of-the-art turnstiles.

Further investment around the stadium since the start of the 2021-2022 seasons includes a new public address (PA) system to ensure public announcements and music are consistently audible, along with new stadium lighting.

In the DHL and Charles Stanley Stands, new kitchen facilities are being installed to improve hospitality services.

Click here to see the virtual fly-through video of the finished product.

Supporters should note that the Club Shop is now closed until further notice as major refurbishment efforts are now underway. All Harlequins products are now available online. Click here to find the shop. Keep an eye out for further end of season reductions and sales online!

Despite these works, the stadium remains available for all conference and events (C&E) bookings should you want to host an event at the home of the Harlequins. Click here to find out more information.

For all visitors to ‘The Stoop’, access has now changed as Gate 1 in the North-East corner of the stadium is no longer available for entry. All visitors should go to Gate 5 by the DHL Stand as the primary access point for the stadium.

The ‘Premiership Rugby’ stated that Harlequins CEO Laurie Dalrymple, while introducing the far-reaching improvements, said, “We continue to plan for the long-term future and that includes building a top-quality home for our great club. This ambition has never changed. But the huge financial impact of COVID-19 means the significant investment required to deliver these plans is inevitably going to take more time to complete. But we must invest in our stadium to improve the standard of facilities for our supporters on matchdays.”

The ‘Premiership Rugby’ further quoted Dalrymple as stating, “The proposed plans represent careful investment in areas where our supporters will see and feel a real benefit on matchdays. These changes will deliver a worthwhile financial return as well as making ‘The Stoop’ a stadium every supporter can justly be proud of. This season we have sold out every Gallagher Premiership match. And as we roll out these exciting development plans, and continue to invest in matchday entertainment, we are seeing record levels of massively-important supporter feedback. We well understand that to continue to grow as a club we must deliver great entertainment on the pitch – and a great experience off it.”

« Previous News: Top-flights to set pitch on fire in US stadia
» Next News: Exalted redevelopment plans for MCG