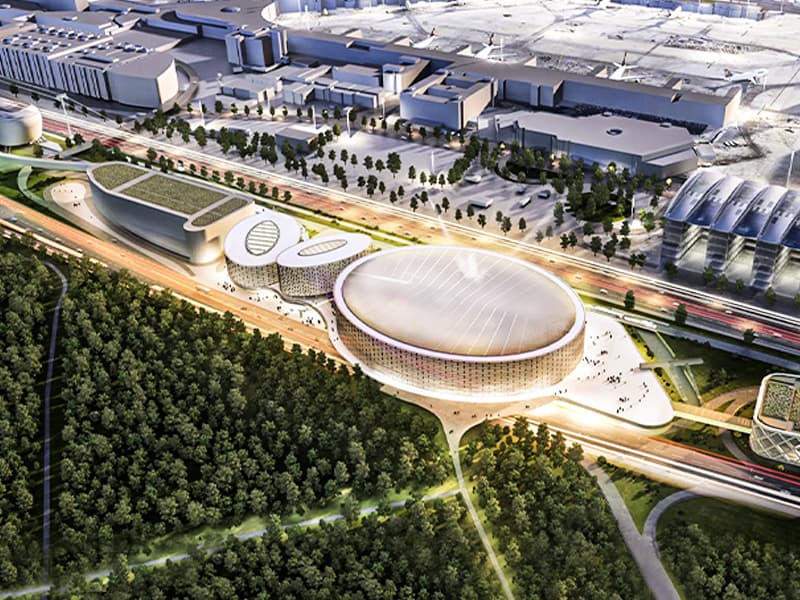 ‘TheDOME’ stated that in February this year, relevant documents were signed as regards acquiring plots to build ‘TheDOME’ and start construction work pronto. In May this year, ‘TheDOME’ project plans will be presented to the stakeholders.

‘TheDOME’ is a planned multifunctional 23,000-capacity arena to come up in Germany. Canada’s Katz Group is planning to build one of Europe’s largest multifunctional arenas next to one of the continent’s busiest airport in the German City of Frankfurt though there have been a shift in the plans now with the concerned authorities scouting for a site not adjacent to the Frankfurt Airport but in and around the international airport with no communication hiccups.

Located near to Europe’s third biggest airport and next to two major German highways, ‘TheDOME’ will be seen by over 100 million people who will be crossing the venue every year. Sports fans will also be able to experience thrilling sports events such as World Championships and European Championships in ‘TheDOME’.

Stefan Krämer, partner of the Löwen Frankfurt ice hockey company GmbH, is looking forward to his club’s new venue – ‘TheDOME’ – “Which holds a lot of promise for the future. As of now, ice hockey will find its right home at the RheinMain metropolitan region of Germany.”