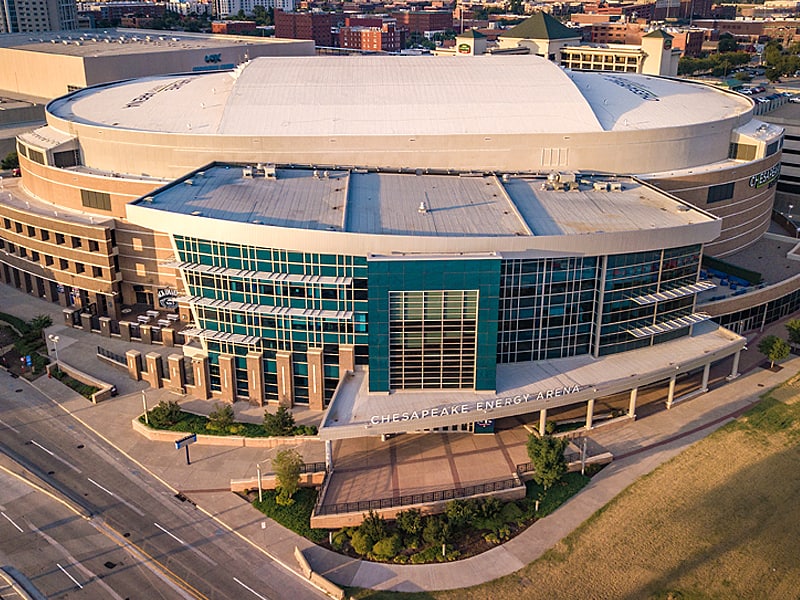 The building which lodges the National Basketball Association (NBA) team Oklahoma City Thunder – Chesapeake Energy Arena – will get a new name. However, it is still not clear what the new name will be or when the change will take place. A timeline for finding a new naming rights partner was not immediately provided by the Thunder.

‘The Oklahoman’ stated that in a new release sent out recently, the Thunder announced Chesapeake Energy Corporation had informed them that as part of its recently completed restructuring, it is terminating its arena naming rights agreement with the team, effective immediately. The energy company is facing major financial issues.

The Oklahoma City Thunder is an American professional basketball team based in Oklahoma City (US). The Thunder competes in the National Basketball Association (NBA) as a member of the League’s Western Conference Northwest Division. The team plays its home games at the Chesapeake Energy Arena.

The 18,203-capacity Chesapeake Energy Arena, originally known as the Ford Center from 2002 to 2010 and Oklahoma City Arena until 2011, is an arena located in Downtown Oklahoma City, Oklahoma, United States. It opened in 2002 and since 2008 has served as the home venue for the National Basketball Association’s (NBA’s) Oklahoma City Thunder.

‘The Oklahoman’ further stated that Chesapeake, which recently emerged from bankruptcy, had a 12-year agreement worth $34 million for the naming rights beginning in 2011. That agreement, along with various others between Chesapeake Energy and the team’s ownership group, were voided as part of the American energy company’s bankruptcy process as it was in the red.

The building, which is owned by Oklahoma City and opened its gates in the year 2002, will continue to be called Chesapeake Energy Arena in the interim.

Thunder Chairman Clay Bennett said in a statement, “As we move toward a transition to a new naming rights partner for our arena, we would like to recognize our extraordinary history with Chesapeake Energy. For a decade, the arena has proudly bore its name and we thank Chesapeake, one of our founding partners, for its loyal support and partnership.”

Chesapeake Energy may no longer lend its name to the Thunders’ home, but its head honcho Doug Lawler remains a hardcore fan of the team – “We have greatly appreciated our longstanding partnership with the Thunder, and while our commitment to restoring our balance sheet and increasing our competitiveness required us to terminate our naming rights agreement, as proud Oklahomans, we will continue to strongly support the team.”

The ‘Peake (read Chesapeake Energy Arena), as it is affectionately called, was initially named the Ford Center when Oklahoma City opened the arena for public use in June 2003 through an agreement reached between SMG, the contractor hired to run the facility, and Oklahoma dealers for the automotive giant. The deal struck lasted for nearly a decade.

By then, the Oklahoma City Thunder was a featured tenant at the arena. The Thunder had come to town six years earlier after an Oklahoma City investor group formed and led by Bennett bought the Seattle SuperSonics (former NBA team) for $350 million.

Bennett’s group, formed in 2006 as the Professional Basketball Club LLC, included himself and:

As per a filing McClendon made with financial regulators, Chesapeake pledged it would pay the team more than $34 million ($3 million the first year, then that plus a 3 percent annual escalation each year thereafter) for advertising and related sponsorships, along with having its name on the building.

But Chesapeake’s pecuniary position was tight and the company was sitting on a mountain of debt approaching nearly $40 billion when McClendon committed the company to the naming rights deal.

Its financial woes forced the company to restructure its board and management team early the following year, and ultimately led it into bankruptcy in 2020.

In the driver’s seat

The downtown arena is owned by the City, but according to the arena use license agreement between the Thunder and Oklahoma City, the team enjoys the “exclusive right to sell, grant or license all naming rights”.

The Thunder is also responsible for costs associated with arena signage.

Stated Tom Anderson, Special Projects Manager, City of Oklahoma City, “In order for them to be financially sustainable over the long term, which we all want, we have to give up a lot of the revenue streams that the arena had, and naming rights was one of them.”

Anderson said it’s typical for professional sports franchises to have control over arena naming rights. The City will not play a role in finding a new partner.

As per the arena use license agreement from 2008, the City expected to receive $1.64 million in annual rent from the Thunder – about $40,000 per home game.

The City received $409,000 annually in naming rights revenue when the stadium was the Ford Center. Since the Thunder came on the scene, the team has paid the City a similar amount every year.

While the timing and value of a new naming rights deal is unknown, the process can be a long-drawn one. The home of the NBA team Miami Heat is still called the AmericanAirlines Arena in Miami, Florida, even after the company’s deal expired.

The venue in Miami will soon be named FTX Arena, named for a cryptocurrency exchange. It was announced as a 19-year partnership worth $90 million.

The ‘Forbes’ stated that the most expensive NBA arena deals are the 18,064-capacity Chase Center in San Francisco and the 19,000-capacity Barclays Center in Brooklyn at $22 and $20 million per year, respectively.

The Chesapeake Energy Corporation filed for Chapter 11 bankruptcy in June of 2020 before ultimately emerging in February of 2021 after financial restructuring and a plan to shed roughly $7.8 billion in debt. Headquartered in Oklahoma City, this series of events had major implications on jobs across the country and also put a dent in the economy of Oklahoma as a whole.

The ‘Forbes’ further stated that energy company sounding the financial alarm bells translates to the fact that the franchise will now pivot to focus on identifying a new long-term naming rights partner, while the building will continue to be called Chesapeake Energy Arena in the meantime.

Sitting in the heart of Downtown Oklahoma City, Bennett stated the arena has made a huge impact on the community on which it sits and it has become a hub for growth and expansion of other landmarks in the City like the Scissortail Park and the new Oklahoma City Convention Center, along with the Omni Hotel across the street.

Affirmed Bennett, “As Chesapeake Energy Arena, our building has been home to so many exciting and historic moments and events. As we look to forge a new partnership for naming rights, we will identify a partner who will help build on that history and be the centerpiece of our growing, modern and vibrant downtown environment.”

For Chesapeake as a business, this is another decision on their path to make their balance sheet vibrant again. Lawler stated that the Chesapeake Energy and the Oklahoma City Thunder enjoyed a “positive relationship over the past decade”.

One of the few teams to not allow fans in their arena this season for home games due to the COVID-19 clobber, the Oklahoma City Thunder have played in a nearly empty facility this season with only players, team staff, arena staff, and newsmen allowed inside. Although the structure hosts more than just Thunder basketball events, there are only 14 more games left in the regular season for the team, seven of which are at home.

« Previous News: Fans to be greeted back in England stadia
» Next News: UEFA put best foot forward for fans’ security 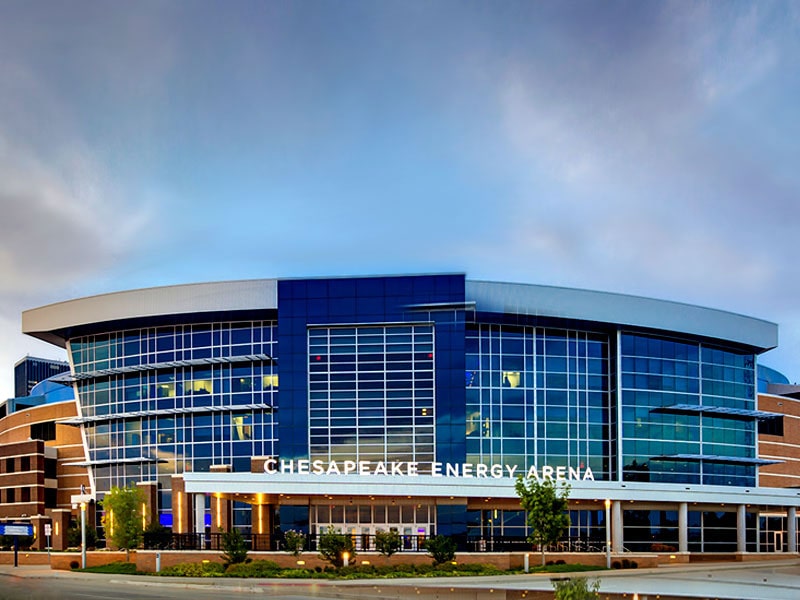