In 2017, the Bundesliga club 1. FC Union Berlin first revealed plans to expand their digs – the Stadion An der Alten Försterei in Köpenick, Berlin, Germany. However, due to the outbreak of COVID-19 in March 2020 globally which singed the world, the stadium expansion plans were put on hold.

‘kicker’ stated that in a general meeting held recently, the club authorities explained in details how they plan to get on with the stadium expansion and redecoration plans and would make it a mixed-use facility.

1. FC Union Berlin or Union Berlin is a professional German football club in Köpenick, Berlin, Germany, which plays in Bundesliga, top of the German football league system. The club’s origins can be traced to 1906, when its predecessor FC Olympia Oberschöneweide was founded.

The 22,012-capacity Stadion An der Alten Försterei is a football stadium in Köpenick and the largest single-purpose football stadium in the German capital of Berlin. It has been home to the football club 1. FC Union Berlin since it opened its doors in 1920. The stadium last underwent capacity expansion in 2009 and 2013.

The President of Union Berlin Dirk Zingler unveiled detailed plans of the stadium revamp plans in the general meeting. The club recently made use of the purchase right under the heritable building right clause and is, therefore, the owner of the stadium property for the first time in the club’s history. The entire stretch from Wuhlheide to Hämmerlingstrasse falls under the club ground.

‘kicker’ further stated that a two-phase spruce-up plan has been planned. The first will start in Spring next year and aims to make the stadium environment more vibrant. The forester’s lodge will be redeveloped, and a new professional training center (about 3,500 square meters) will be built on the two training grounds.

In addition, a new club house will come up between the stadium and the forester’s lodge. A three-story building where, among other things, a large fan pub with a roof terrace and the Union armory are to be built. A multistory car park will come up on P1, which will have the capacity to park up to 35 buses. The construction timeline is expected to be between 12 to 14 months.

Asserted Zingler, “Sustainability will be accorded the highest priority while redecorating the stadium as it will serve the purpose of posterity. It will be one of the most happening stadia in Europe.”

Once the above repurposing works are over, work will start on the stadium expansion and a fourth floor will be added to the grandstand, and seats and boxes will be built on the back straight above the standing room. Following the expansion work, the stadium is expected to hold around 37,500 spectators. Construction is scheduled to start in the Summer of 2024 at the earliest.

Zingler informed in the above meeting that once makeover work of the facility starts, the Union Berlin will play their home games in the 74,475-capacity Olympic Stadium in Berlin during the 2024-2025 seasons. 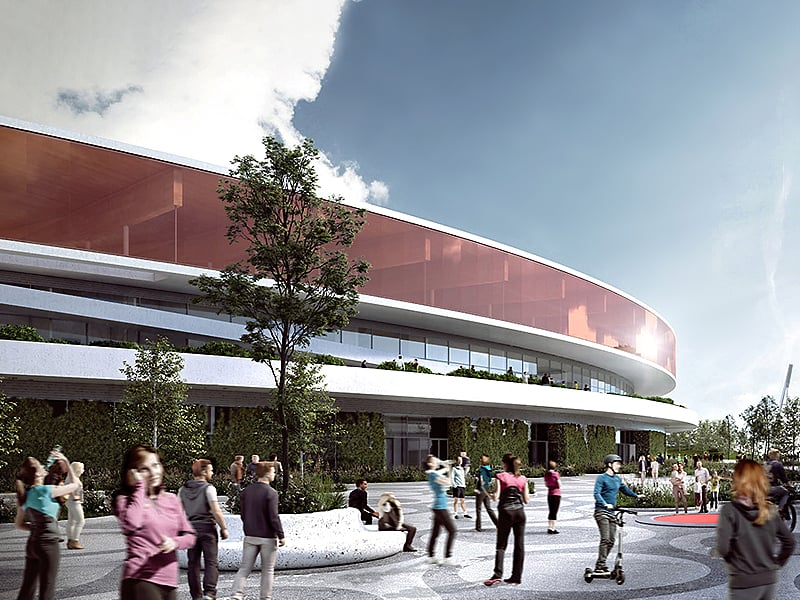