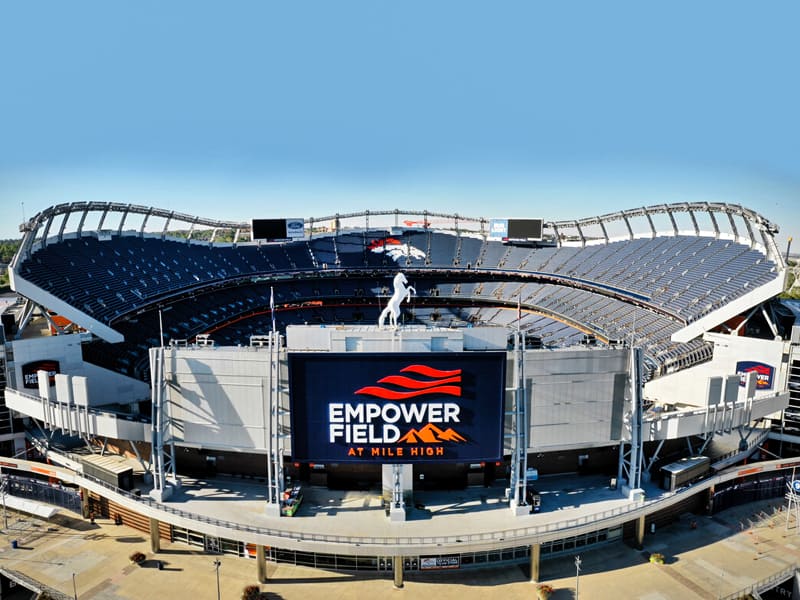 Retail company Walmart has arrived in the National Football League (NFL) (US).

The ‘USA Today’ stated that Rob Walton, the eldest son of Walmart founder Sam Walton, is poised to become the new owner of the NFL team Denver Broncos after the team announced on June 7th that it had entered into a purchase agreement with him, his daughter, Carrie Walton-Penner, and his son-in-law, Greg Penner.

The financial terms were not immediately disclosed, but it is reported that Walton will pay $4.65 billion for the franchise, more than double the most recent sale price for an NFL team. The $4.65 billion price tag would also establish a record for an American sports franchise.

Walton said in a statement released by the team, “We are thrilled to be moving forward with the purchase of the Denver Broncos … Having lived and worked in Colorado, we’ve always admired the Broncos. Our enthusiasm has only grown as we’ve learned more about the team, staff and Broncos Country over the past few months.”

Walmart Inc. is an American multinational retail corporation that operates a chain of hypermarkets, discount department stores and grocery stores in the United States, and is headquartered in Bentonville, Arkansas.

The Denver Broncos are a professional American football franchise based in Denver, Colorado (US). The Broncos compete in the National Football League (NFL) as a member club of the league’s American Football Conference West division.

The ‘USA Today’ further stated that Walton, 77, served as Walmart’s Chairman from 1992-2015 and has a net worth that Forbes estimates at $65 billion, which puts him among the 20 richest people on the planet and will make him easily the wealthiest NFL owner.

Before the ownership transfer becomes official, Walton’s bid must first be reviewed by the NFL and the ownership group’s Finance Committee and then must be approved by a three-fourths majority of the other 31 owners. Walton not only has the net worth to submit a clean financial package to the sale, but he is also related by marriage to the NFL team Los Angeles Rams owner Stan Kroenke. Kroenke is married to Walton’s cousin, Ann Walton-Kroenke, and also owns a pair of sports franchises in Denver in the National Basketball Association’s (NBA’s) Denver Nuggets and the National Hockey League’s (NHL’s) Colorado Avalanche.

While Walton will be the controlling owner of the Broncos once the deal is finalized, the exact makeup of his investment group is not yet known, though he did make one key announcement beyond Penner, who succeeded him as Walmart’s Chairman in 2015 and continues to serve in that role.

Mellody Hobson, the Co-CEO of Ariel Investments and Chair of the board for Starbucks, is joining the ownership group, Walton said in the news release announcing the deal.

Hobson, who became the first Black woman to chair an S&P 500 company when she took that role at Starbucks, is a key figure in part because the NFL has made clear it is looking for increased diversity in its ownership ranks. Among the key remaining questions, though, are if the Walton-Penner group has more minority representation and what kind of operational role Hobson and others will take.

The NFL team Pittsburgh Steelers owner Art Rooney II said at the league’s annual Spring meetings in March that his understanding was that “several” of the bidding groups featured representation from minority groups, and NFL Commissioner Roger Goodell said at the same meetings that the league considered it a priority.

The Broncos sale, however, is being executed by trustees of the Patrick D. Bowlen Trust, who have a fiduciary responsibility to the seven beneficiaries – the Late Bowlen’s children, who combined to own 78 percent of the team – to take the bid that served their best interest. Bowlen purchased the team for around $78 million in 1984 and owned it until his death in 2019, though he ceded control of the team to CEO Joe Ellis in 2014 amid his battle with Alzheimer’s disease. From there, a maze of legal proceedings preceded the franchise officially being put up for sale on February 1st.

Since then, the process has moved quickly, especially considering the complex nature of a multibillion dollar acquisition. Finalists submitted second-round bids on June 6th for the franchise and its representatives to review. Just more than 24 hours later, the Walton-Penner bid had been selected.

Ellis said in a statement, “I sincerely appreciate the cooperation of our football leadership, executive team and staffs at both UCHealth Training Center in Colorado and Empower Field at Mile High over the last few months and years. We also want to recognize the work of Allen & Company and Proskauer Rose, which have guided us through this process in a timely and efficient manner. While this purchase and sale agreement is pending approval from the NFL’s Finance Committee and league ownership, today (June 7th) marks a significant step on the path to an exciting new chapter in Broncos history.”

Ellis has not only served as the head honcho since 2014 and been with the franchise for 27 years, but he also served as one of the three trustees to the Bowlen Trust, as well. Allen & Company oversaw the sale process as the Trust’s financial advisor and Proskauer Rose LLP, led by Joe Leccese, provided legal advice.

Other potential candidates for small slices of the ownership group include franchise luminaries John Elway and Peyton Manning. Elway, the two-time Super Bowl champion who served as a team executive after retiring from playing, has expressed interest in being part of an ownership group.

Neither has been publicly attached to an ownership bid the way NBA Hall of Famer Magic Johnson was to the NBA team Philadelphia 76ers and NHL team New Jersey Devils owner Josh Harris’ group. Other finalists for the franchise included Mat Ishbia, the former Michigan State basketball player and President and CEO of United Wholesale Mortgage, and a group led by Clearlake Capital Co-Founders Jose Feliciano and Behdad Eghbali along with Todd Boehly and others.

However the investment group shapes up, Walton had the financial wherewithal to win the auction all on his own, despite the booming value and acquisition cost of an NFL franchise.

Just four years ago, David Tepper bought the NFL team Carolina Panthers for $2.275 billion. Four years before that, in 2014, the NFL team Buffalo Bills sold to Kim and Terry Pegula for $1.4 billion.

Tepper, by Forbes’ estimate worth more than $16 billion, held the title of richest NFL owner but will be roughly quadrupled by Walton. Walton is set to become the second-richest owner in sports, trailing only the NBA team Los Angeles Clippers owner and former Microsoft CEO Steve Ballmer, who Forbes estimates is worth about $89 billion.