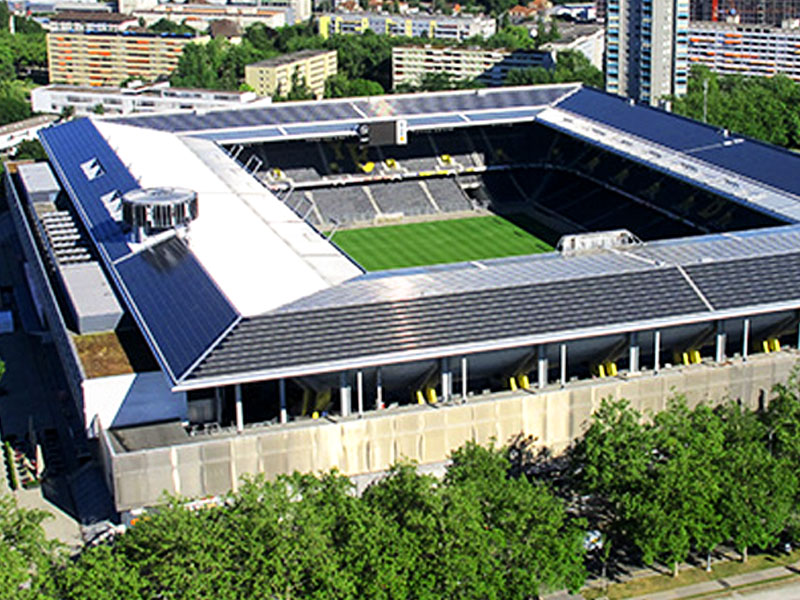 The Stade de Suisse Wankdorf in the Swiss city of Bern will be soon reconstructed, according to a Stadionwelt report. The plans envisage that the still open corners in the stadium will be closed. So far, only the grandstand is entirely closed.

The co-owners of the Wankdorf Center announced recently, that they have commissioned the testing of the interior development of the stadium. The plans foresee that the currently existing open space between the outer ring and the grandstand are closed.

At the same time, the renovation would create new usable space, which in turn will be used by the co-owners of the stadium as premises.

The reconstruction plans have been welcomed especially by the fans of the Young Boys Bern, the home team of the Wankdorf Stadium.

The stadium was demolished in 2001, and a new stadium was constructed in its place. The new Stade de Suisse, Wankdorf opened in summer 2005 and was one of the venues for Euro 2008.

Young Boys played at the Neufeldstadion at the north end of town until the new, multi-functional Stade de Suisse Wankdorf Bern was opened in 2005.

The stadium seats 31,783 spectators and is the second largest football stadium in Switzerland, after St. Jakob-Park. It is the home ground of the Young Boys Bern football team.