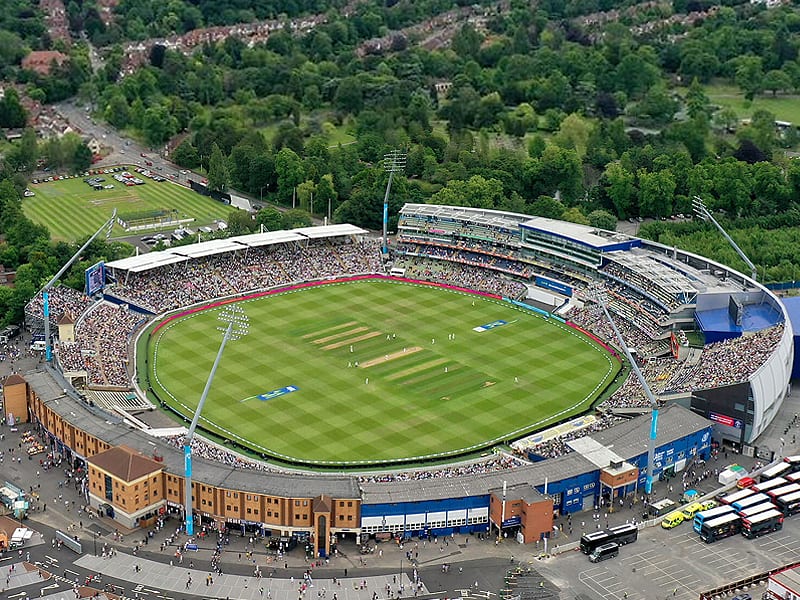 The Warwickshire County Cricket Club (UK) has posted a sharp rise in revenue and profits, in what was a “transformational” year from all standards.

‘TheBusinessDesk’ stated that turnover at £17.6m was 52 percent higher compared to 2020, where all matches were played behind closed doors whilst operating profit increased by 33 percent to £1.2m.

The Warwickshire County Cricket Club is one of 18 first-class county clubs within the domestic cricket structure of England and Wales (UK). It represents the historic county of Warwickshire. Its 50 overs team is called the Warwickshire Bears and its T20 team the Birmingham Bears.

The 25,000-capacity Edgbaston Cricket Ground, also known as the County Ground or Edgbaston Stadium, is a cricket ground in the Edgbaston area of Birmingham, England (UK). It is home to the Warwickshire County Cricket Club and its T20 team Birmingham Bears.

‘TheBusinessDesk’ further stated that as Edgbaston successfully bid for a men’s Test match between England and New Zealand, attracting 60,000 fans over four days, it was also named as the first Stage 2 event of the Government’s Events Research Programme. This contributed to a 54 percent increase in earnings before earnings before interest, taxes, depreciation, and amortization (EBITDA) of £2.8m.

Said Craig Flindall, Chief Operating Officer (COO) at Warwickshire CCC, “This latest financial year was transformed by our successful bid for England men’s Test match versus New Zealand and then both the Test Match and One Day International being part of the Government’s flagship research program investigating the safe return of fans to major events. Major match revenues represent the primary driver of income for the club and 2021 was initially budgeted as a modest year in which no Test match was scheduled as part of the 31-day allocation of fixtures that the England and Wales Cricket Board (ECB) awarded to Edgbaston in 2018 for the 2020 to 2024 program.”

Added Flindall, “The Hundred also proved to be incredibly popular in its first season, with two of the four games selling out and Birmingham Phoenix men’s and women’s teams finishing second and third in their respective competitions. Looking forward, we have already sold out five of our seven men’s Major Matchdays in 2022. Hosting the eight-day women’s T20i tournament in the Birmingham 2022 Commonwealth Games is also a unique opportunity that will keep Edgbaston at the center of the sporting world.”

The Hundred is a professional franchise 100-ball cricket tournament involving eight men’s and eight women’s teams located in major Cities across England and Wales. The tournament is run by the England and Wales Cricket Board and took place for the first time in July and August 2021.

The UK Government’s Events Research Programme (ERP) aims to examine the risk of transmission of COVID-19 from attendance at events and explore ways to enable people to attend a range of events safely.

In addition to the Test match, Edgbaston also secured England’s men’s Royal London One-Day International versus Pakistan which was also granted Phase 3 status and welcomed a crowd of 18,000.

As part of its proposal to the Government, Edgbaston invested in new technology to secure safe stadium entry and to enhance the spectator experience. Its new smartphone app received 314,344 views across the four days of the Test match for tickets, retail purchases, spectator information, and food and beverage orders.

Asserted Warwickshire County Cricket Club Chief Executive Stuart Cain, “We believe that our 2021 experience has created a blueprint for how many sporting events will operate in the future. The introduction of our app in 2021 allowed spectators to enter through tickets on their phone and order food and drink, with a delivery to seat option for disabled spectators. Further investment in the app will continue in the coming years as we strive to create one of the best spectator experiences in the world.”

The club is also celebrating its major projects in the community as Edgbaston’s Exhibition Hall operated as a vaccination center for more than 180 days whilst the club also hosted one of the first mass religious gatherings since the beginning of the pandemic, with more than 500 worshippers attending prayers to mark Eid ul Adha.

New initiatives were also launched such as the Midnight Ramadan Cricket League and the regional rollout of the African Caribbean Engagement Program (ACE) in Birmingham.

The Edgbaston Foundation also partnered with charities to collect 15,000 toys which were delivered to the City’s most vulnerable children by charities and community groups.

In conjunction with development partners, PATRIZIA, work also commenced in 2020 on the construction of 375 residential apartments, retail units and a new piazza which will be completed in advance of the 2022 season.

Later this year plans will be announced regarding the redevelopment of Edgbaston.