WESC pledges to go green ahead of official launch 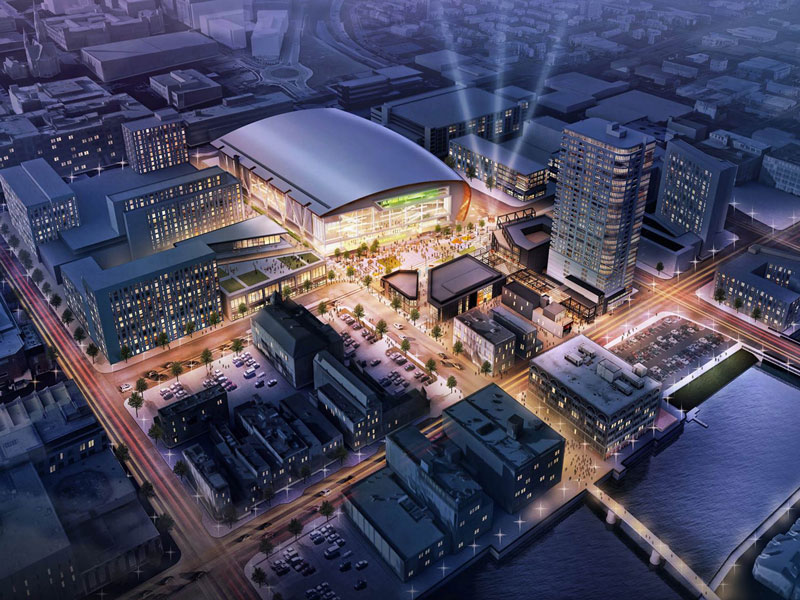 The soon-to-be-launched Wisconsin Entertainment and Sports Center (WESC), home to NBA’s Milwaukee Bucks, has announced that it will stop offering plastic straws at its events and will use compostable food packaging as part of its continued drive for sustainability, according to a press release. The move will be implemented jointly with WESC’s food and beverage partner Levy.

The state-of-the-art venue in Milwaukee, the largest city in the US state of Wisconsin, will launch several other plans to support its sustainability drive as it prepares for its opening in the fall of 2018, a top WESC official said in the statement released on the World Environment Day.

“We are committed to protecting our environment by enacting eco-friendly initiatives at our world-class arena. We will unveil our full sustainability plan as we get closer to opening the new venue, but we are proud to make our initial announcement on World Environment Day,” it quoted WESC General Manager Raj Saha as saying.

Earlier in November 2016, the Bucks had partnered with the American Transmission Company on a tree planting project around Milwaukee.

Designed by Populous, Eppstein Uhen Architects and HNTB, the WESC is poised to become a landmark sports and entertainment arena in downtown Milwaukee.

The venue will have 17,500 seats for basketball and a maximum of 18,000 for concerts. In addition, it will offer 34 luxury suites and three clubs. The WESC has been planned as a multi-purpose venue with a diverse schedule of sports and entertainment events including concerts, family shows, the Milwaukee Bucks and Marquette men’s basketball.

WESC is the centerpiece of an ambitious development project spearheaded by Bucks ownership to transform 27-acres of mostly vacant property into a vibrant retail and entertainment district, a real venue destination. The 714,000 square foot arena will be home to Milwaukee Bucks basketball and countless sports and entertainment events.