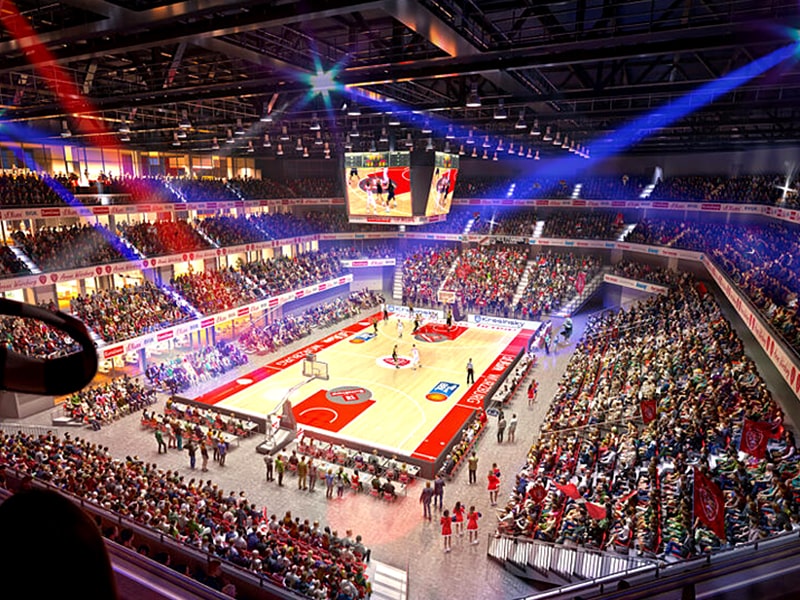 Plans to build a multiuse arena at Würzburg in Germany’s Bavaria region have gathered steam. It is a different matter that the groundwork for the same has still not been initiated – the application has not been filed, permit not issued and not even a single excavator has rolled on – for the project to take off the ground.

The project company commissioned by the Würzburg Future Foundation (Zukunftsstiftung Würzburg) – the foundation which finances the construction of a multifunctional facility – has started dialogue with the potential operators of the hall – though groundbreaking will take considerable amount of time.

The time delay is due to the complex planning which the project entails – under European law, countless requirements have to be met. People are taking with a pinch of salt the fact that a futuristic arena can actually come up in Würzburg. This skepticism is due to the fact that a plan to build an avant-garde venue in Würzburg has been regularly announced for decades but in vain.

People might have their share of doubt over the whole development, but a clear picture has emerged – now it is no longer a question of whether, but only a question of when. Groundbreaking will take place next year and the facility will start rolling by autumn 2022.

A building application for the hall has not yet been received by the city of Würzburg. The hall will be built near the main train station, east of the Grombühlbrücke behind the hotel tower in Schweinfurter Straße. Press spokesman Georg Wagenbrenner stated that the city had done its homework well. “A traffic investigation and a microscopic traffic flow simulation” has been carried out for the planned arena. The hall can come up near the main train station. The parking guidance plan with its information boards will be made available as well as a connection to the city traffic.

Planning to the required pedestrian bridge over the Pleichach which will give entry to the main entrance of the hall, parallel to the existing Grombühl Bridge, is over. The construction company will likely be given the contract this December. Erection of the building will, in all likelihood, start in early 2020.

The construction of the hall will likely cost around 35 million euros out of which Würzburg’s contribution will be 12 million euros – above all by assuming interest and repaying the necessary construction loans, which the project company is raising. Würzburg’s Mayor Christian Schuchardt has obtained the nod from the city council in this regard.

Six million euros are to come from the city in 2020, one million in 2021 and 500,000 euros each in the following years. Wagenbrenner informed that the additional half a million to which the city council gave its thumbs up in its budget consultations recently should serve to “accelerate the financing of the urban part”. In non-bureaucratic German means: The loan amount is somewhat reduced.

Wagenbrenner says that the town hall has not yet received the funding application, and the project company is not willing to give a clear picture as to the current state of affairs. It is in constant touch with the powers that be and the administration and wants to submit both funding and building applications this year. Experts say that the building permission is usually green lighted pronto.

Bernd Freier and Michael Reizel are the creators behind the future foundation. “We are of course very happy and grateful that the city is taking part in the project in this way,” exults Stefan Rühling, CEO of Würzburg Future Foundation. Bernd Freier is the founder of the non-profit foundation. Freier owns the fashion group Oliver based in Rottendorf (district of Würzburg). Freier is Chairman of the Board of Trustees. His assistant is Michael Reizel, the founder and head of BVUK Group which shields people against occupational disability and offers company pension schemes. The foundation has further enhanced the foundation amount of 11 million euros.

The arena will be able to accommodate 6,000 supporters during sporting events, and 8,000 fans will be able to fit in for concerts with an unclothed interior. Ninety events have been planned each year – a rather conservative calculation. Concerned authorities are expecting 150 events a year. A triad is planned: Thirty times concerts, 30 times sports, 30 times company events and congresses.