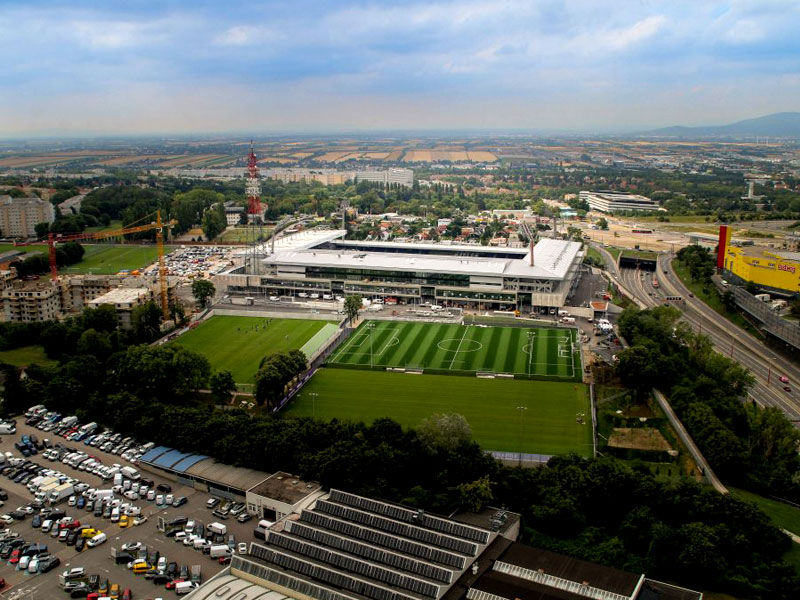 Vienna’s Generali Arena has been transformed into an ‘intelligent’ football stadium. The Swiss-Swedish multinational corporation ABB has made it possible by installing smart building technology and ingenious electrical solutions.

The once conventional Generali Arena of FK Austria Vienna has got a ‘smart look’ and has been made a modern sporting showcase for connected, safe and energy-efficient spaces.

The Arena, built in 1925, has been modified into an intelligent, future-proofed venue tailor-made for the needs of the supporters. To optimize operational performance and efficiency, web-enabled connectivity has been installed with unmatched proficiency.

Generali Arena also boasts of being the first sustainable football stadium in Austria. The Austrian Sustainable Building Council helped in equipping the stadium with additional components and also helped in planning the design and implementing the same. As part of the design, a photovoltaic system has been installed on the roof of the north stand.

Oliver Iltisberger, Managing Director of ABB’s Smart Buildings business line said, “Our mission is to write the future of safe, smart and sustainable electrification and the transformation of the Generali Arena is a fantastic representation of that vision brought to life. We were delighted to work with FK Austria and the Austrian Sustainable Building Council to deliver a stadium which embraces the latest in smart building technology to create an intelligent, welcoming space, which is easy and efficient to control but also lessens its impact on the environment.”

The stadium’s seating capacity has been expanded to 17,500 which mean it now matches the standard of an UEFA four-star arena and even permits holding Champions League semi-finals. The entire restoration work cost came to € 42 million and the north stand holds 4,100 spectators and enjoys 28 VIP boxes, two sky boxes, and two boxes for dignitaries, plus an underground car park for 370 VIPs.

The east stand holds 5,050 spectators and comprises the fan shop, museum and a restaurant, while the west stand seats 5,600 spectators.

The entire electrification value chain of the stadium – starting from individual sockets to medium voltage distribution – has been raised to a higher standard.

The 24-time national champions football club’s image has got a shot in the arm with the new intelligent and sustainable stadium the construction work of which took two years to get completed. Now, competing with local rivals Rapid Vienna has almost become a cakewalk.