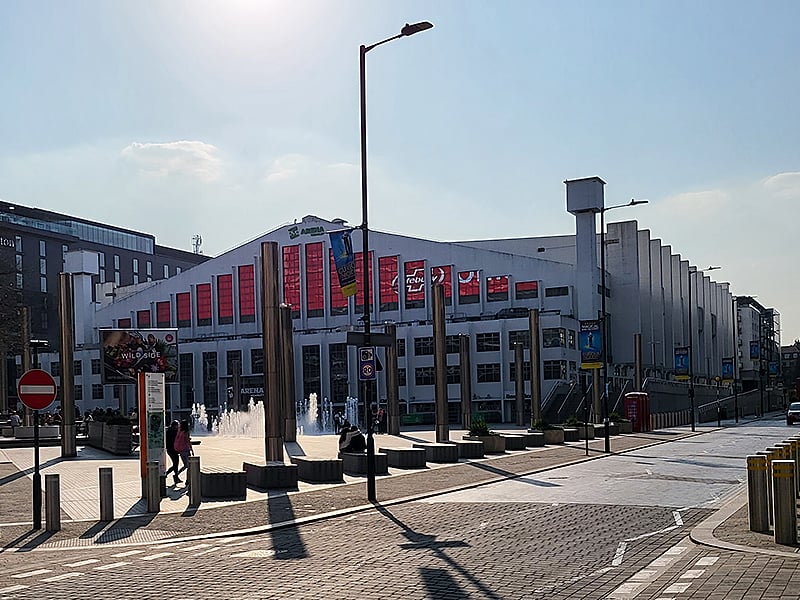 Two iconic buildings in the United Kingdom have received A Greener Arena certification, the accolade awarded to buildings taking a holistic approach to sustainability, not only looking at emissions and environmental impacts but also people, inclusion and wellbeing.

‘POLLSTAR’ stated that a Greener Arena certification was initiated by the UK non-profit company A Greener Festival (AGF), which is committed to helping events, festivals and venues around the world. It classified The O2’s (venue in London) sustainability efforts as “outstanding”.

AGF, the team behind the Greener Arena Certification, offers recommendations for immediate and mid-term improvements, strategic emission reductions and holistic improvement of the venue’s sustainability for people as well as the environment. Following a detailed self-assessment bringing together all departments and stakeholders, site audits are completed by AGF assessors. The subsequent report gives the certification level across 10 key areas, setting the baseline key performance indicators (KPIs) and roadmap for actions, not least to keep climate change within 1.5oC in line with the Intergovernmental Panel on Climate Change (IPCC) (United Nations body for assessing the science related to climate change) recommendations.

The 20,000-capacity O2 Arena, commonly known as the O2, is a multipurpose indoor arena in the center of the O2 entertainment complex on the Greenwich Peninsula in Southeast London, UK. It opened in its present form in 2007. It has the second-highest seating capacity of any indoor venue in the United Kingdom, behind the Manchester Arena, and in 2008 was the world’s busiest music arena. As of 2022, it is the ninth-largest building in the world by volume.

The O2 is the first venue in England to receive the certification for both its measures to reduce emissions, which include running on 100 percent renewable energy, and its dedication to the health and wellbeing as well as equality, diversity and inclusion of staff.

Commented Steve Sayer, Vice-President (VP)-cum-General Manager (GM) at The O2, “We’re so proud to have achieved our Greener Arena certification, and to be paving the way for other arenas in England and around the world. Sustainability has been an integral part of our business strategy this year, and with events like Overheated (climate-focused cross-campus event) we’ve been able to make real strides in this space. Becoming a more sustainable venue is a constantly evolving task, and we know there’s still a lot more work to do, which is why we’re hiring new, dedicated resource in 2023 to help take on this challenge. We’re looking forward to working closely with the AGF following the actions from their certification report and publishing a comprehensive Green Rider for The O2. This will ensure that we provide a best-in-class experience for both artistes and fans in an even more sustainable way.”

‘POLLSTAR’ further stated that The O2’s sustainability-driven initiatives in 2022 included the cross-campus climate festival Overheated in June, which saw the arena go vegan for American singer-songwriter Billie Eilish’s six shows at the building, a reduction in the amount of single-use plastic used at the venue through the implementation of paper cups and recycled polyethylene terephthalate (PET) plastic wristbands, the venue’s catering partner Levy UK + Ireland has committed to reaching net zero at The O2 Arena by 2025, which will be a venue-first for the catering company.

In London’s West, the OVO Arena Wembley has also received A Greener Arena certification via AGF.

Following an eight-month certification process, which provides external verification that carbon reduction and transition strategies are at the heart of all venue operations, from catering to materials used and circularity, the OVO Arena Wembley was officially certified as “Improvers”.

The OVO Arena Wembley is an indoor arena next to Wembley Stadium in Wembley, London, England, used for music, comedy, family entertainment, and sport. The 12,500-seat facility is London’s second-largest indoor arena after The O2 Arena, and the ninth-largest in the United Kingdom.

According to AGF’s definition, “Improvers signify great strides on the Green arena journey, with positive actions and improvements that show the arena exhibits a significant engagement with reducing negative environmental and social impacts, and enhancing positive impacts. Improvers are increasingly understanding their emissions and setting measurable targets for continuous improvements.”

AGF added, “OVO Arena Wembley has demonstrated a passionate drive to run a greener arena and a focus on improving practices going forwards. The team has shown a determination to advance sustainability, through considered resource use, protection and enhancement of local and wider environments, as well as positive social and community engagement. Everyone at AGF is very grateful for the efforts and achievements of arenas striving for AGF certification, and again we thank you wholeheartedly for your actions to make the global live event industry greener.”

As the oldest arena in the United Kingdom, the OVO Arena Wembley also has the lowest embodied carbon impact, proving that a building’s age can most certainly be a virtue.

Since April 2022, the OVO Arena Wembley, a listed building, synonymous with some of the world’s biggest artistes and shows for over 60 years, has delved into the process via a baseline CO2 analysis and impact assessment, to develop and guide the arena’s strategy towards achieving its sustainability goals.

According to the press release announcing its A Greener Arena certification, “The Arena supports OVO Energy’s commitment to becoming a net-zero business by 2035, and drive progress towards zero carbon living.”

Chris Bray, Executive Vice-President (EVP) of Europe at ASM Global, the operator of OVO Arena Wembley, said, “On behalf of the ASM Global team, a huge congratulation to everyone at the OVO Arena Wembley on completing AGF’s A Greener Arena certification. It’s a fantastic achievement and a positive step in the right direction, as ASM Global works towards its long-term sustainability goals. As a company, we are passionate about driving forward a greener future for the live events industry, and with the support of AGF, we’re able to continually learn, develop and innovate in this space. The OVO Arena Wembley is the first of many ASM Global venues to undergo this process, with our entire UK portfolio soon to be following suit, backed by the company’s social responsibility platform ASM Global Acts.”

Commented Claire O’Neill, head honcho, AGF, “The OVO Arena Wembley is one of the most iconic venues steeped in music history and remains a significant artery for the lifeblood of live music. The team at OVO Arena Wembley show determination to be a forerunner in making their venue sustainable, and helping all touring productions in the UK to become greener as a result. In addition to their own ambitions they are actively sharing with the rest of the industry to speed up the transition from fossil fuels and waste to clean energy and a circular economy. With players such as this putting their weight and experience behind making things better, I am hopeful for the future.”

Maintained John Drury, VP and GM, OVO Arena Wembley, “We are incredibly proud to be recognized as a Greener Arena in 2022, even more so to be the longest-standing arena in the United Kingdom to achieve this certification. This shows that reinvention of existing buildings and a focus on sustainability lowers impact dramatically while also paying back the embodied carbon in its build emissions. Sustainability is at the heart of our operations and we’re on a journey that we’re sharing with visiting productions, artistes and promoters, to ensure our environmental practices align. This enables us to work together to put on shows in a greener way, as should be the industry standard now and even more so in the future as we learn and evolve. It is wonderful to have the opportunity to develop ways and means to preserve and uphold the heritage of this remarkable venue, and to implement the very best and latest in innovative environmental strategies. It’s fantastic for our iconic and world famous venue to be able to demonstrate that building age is no barrier to environmentally sustainable initiatives. Sometimes adapting older venues is the real way to develop a Green future!” 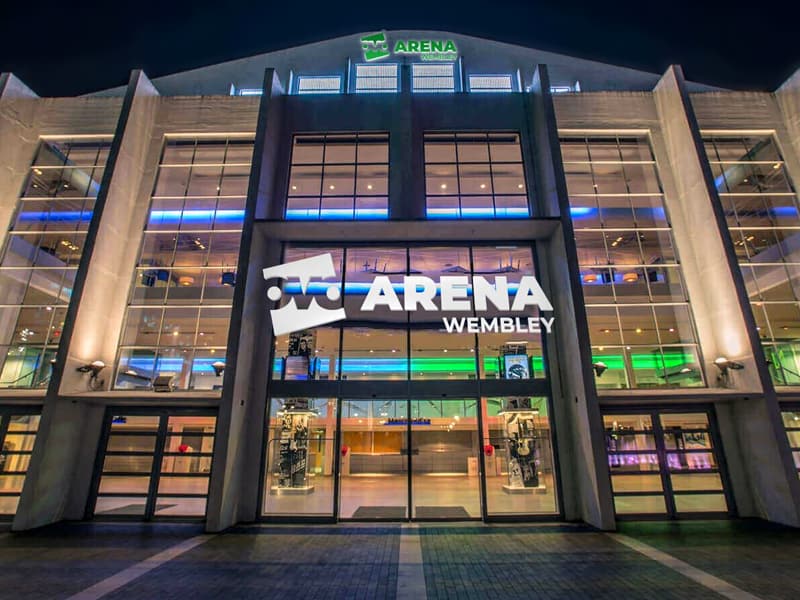 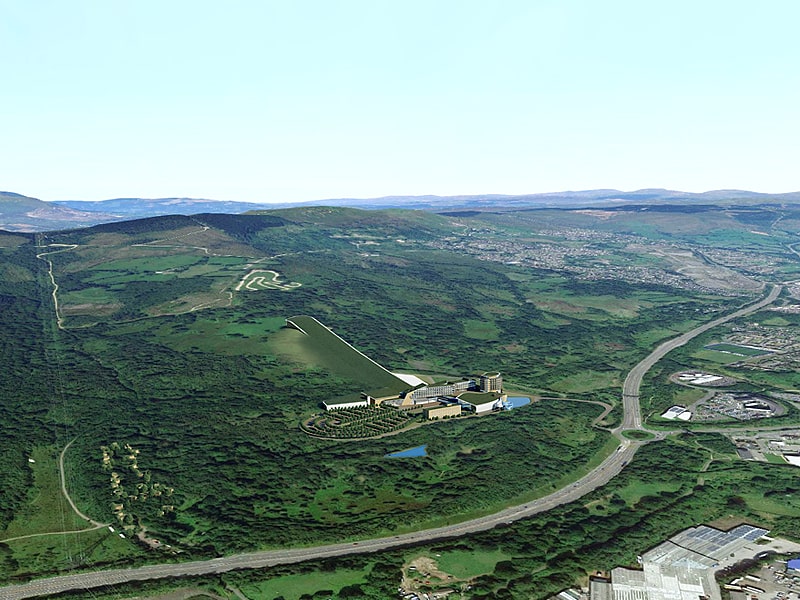