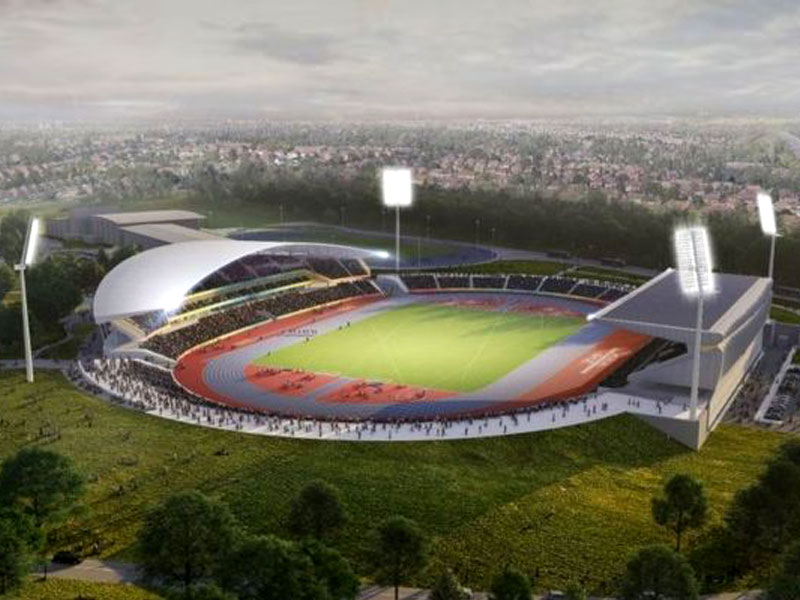 New designs showing how Birmingham’s Alexander Stadium will be transformed for the 2022 Commonwealth Games have been revealed, the BBC reported. The venue in Perry Barr will host the opening and closing ceremonies as well as athletics events.

A public consultation into the revamp, which includes a new stand, more tiered seating and extra parking, has begun, it stated.

The BBC report quoted Birmingham City Council as saying it wanted to “create a legacy asset the city and its residents can be truly proud of”.

Capacity will be increased permanently from 12,700 to 18,000, with up to 40,000 during the Games through additional temporary seating. A six lane, 400m warm-up track will be built and an International Association of Athletics Federations 400m competition track re-laid. An access road from the A453 Aldridge Road will also be built, solely for event and maintenance use.

“The team has designed a redeveloped stadium which will meet the needs and aspirations of the community for generations to come. This is about creating a destination venue, shaping a legacy beyond the Commonwealth Games,” the BBC quoted Councillor Ian Ward, leader of Birmingham City Council, as saying.

Birmingham was named as the host city for the games in December 2017. This will be the third time the Commonwealth Games has been held in Britain since the turn of the century, after Manchester and Glasgow staged the event in 2002 and 2014 respectively.

The Games are expected to take place between July 27 and August 7, 2022. The deadline for feedback on public consultation is July 12.