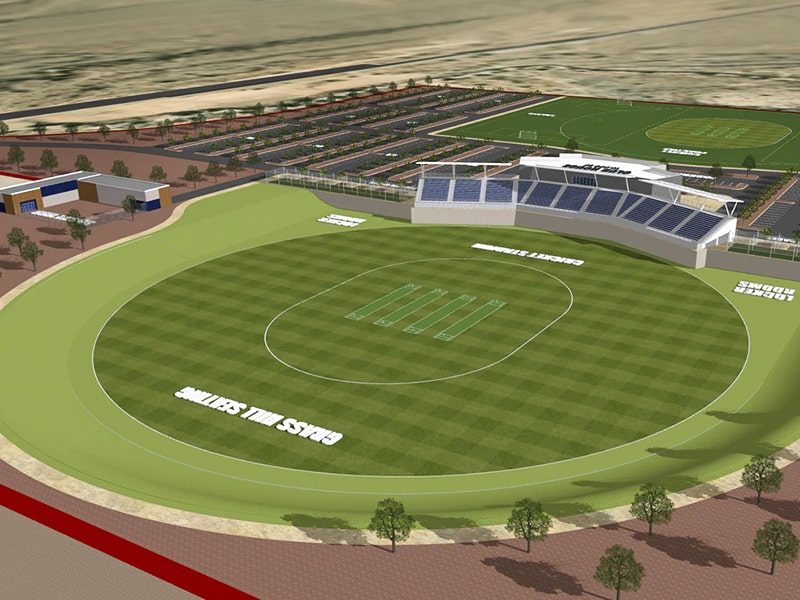 A stadium certified for cricket could be coming to the West Valley. The Glendale (Arizona, US)-based development group, The Magnat Group, announced recently plans to build a world-class cricket stadium in Buckeye, Arizona (US).

‘Arizona’s Family’ stated that the 20,000-seat stadium would be the second International Cricket Council (ICC)-certified cricket stadium in North America and will sit on 30 acres just North of Interstate 10 on Miller Road. The proposed stadium would be called the MG Cricket Stadium and will cost about $50 million.

Along with the cricket stadium, the complex would have a training facility, a state-of-the-art soccer field, 30 pickleball courts, and two championship courts. An additional 20 acres would be used to build an entertainment district which would include a hotel, a parking garage and shops.

‘Arizona’s Family’ further stated that the proposal is in the pre-application process with the City of Buckeye. The sport of cricket is gaining popularity as USA Cricket recently partnered with the American Cricket Enterprises to develop the first-ever professional cricket league in the United States. They hope it’ll lead to the creation of Major League Cricket (MLC) which would have teams across the country.

The Magnat Group hopes the MG Cricket Stadium will play a key part in creating the league.

Said Tony Mangat, founder of The Mangat Group, “There are limited places for cricket players and enthusiasts to play, as games have been played on baseball and soccer fields in recent years. Our goal is to create a dedicated place for all cricket enthusiasts to enjoy the sport with accurate accommodations and proper field dimensions.”

The Mangat Group has partnered with Managing Partner Vispi Karanjia from the national architecture firm Orcutt Winslow and Marc Taylor Inc. for the project.