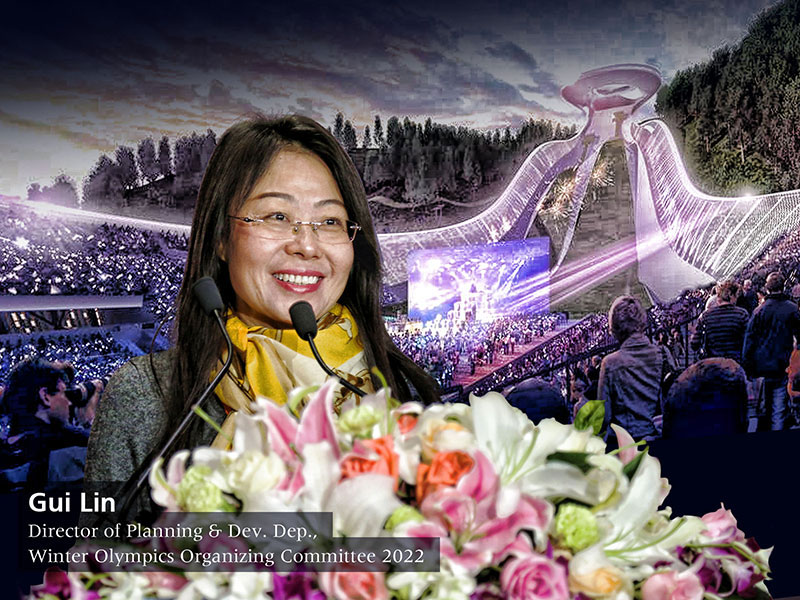 Although all winter sports action has ceased in Beijing, a construction site in the city’s northern Olympic Park is bustling with workers and machines building the National Speed Skating Oval, a new permanent venue among 52 construction projects needed in Beijing’s downtown and northwest Yanqing district for hosting the 2022 Winter Olympics, the report said.

China Daily cited the plans released by Beijing Major Projects Construction Headquarters Office to confirm that 16 of the 52 projects, including three new competition venues－the oval and the national Alpine skiing and sliding centers－have begun construction in the Beijing’s downtown and Yanqing.

The Beijing 2022 Winter Olympics will use 26 competition and noncompetition venues in Beijing’s downtown, Yanqing and co-host city Zhangjiakou, in Hebei province, supported by infrastructure such as logistics and transportation, according to the news report.

All newly built competition-related venues in Beijing’s two zones are scheduled to be finished by June 2020, while transformation of eight existing venues from the 2008 Summer Olympics to serve competition, ceremony and media functions in 2022 will be completed in 2021, according to the office.

This year’s priorities－the main concrete and steel structures of the speed skating oval and a new short-track speed skating training center in the northwestern downtown area－will be finished by year’s end, officials said.

The earthwork of the Beijing Winter Olympic Village, construction of roads on the hills at the national Alpine skiing center and the cooling system beneath the tracks at the national sliding center for bobsled, skeleton and luge in Yanqing are expected to be complete before the same deadline.

All Beijing 2022 venues and facilities are expected to be ready for testing events in the 2020-21 winter season.

The Beijing Organising Committee for the 2022 Olympic and Paralympic Winter Games took part at the inaugural Coliseum Summit Asia-Pacific in Beijing, where the participating delegates got an overview on the venue plans first hand from Gui Lin of the committee’s Planning, Construction and Sustainability Department.

More details on the Beijing 2022 Olympics will be revealed at the forthcoming Coliseum Summit ASIA-PACIFIC, October 24-25, 2018, Beijing, China.