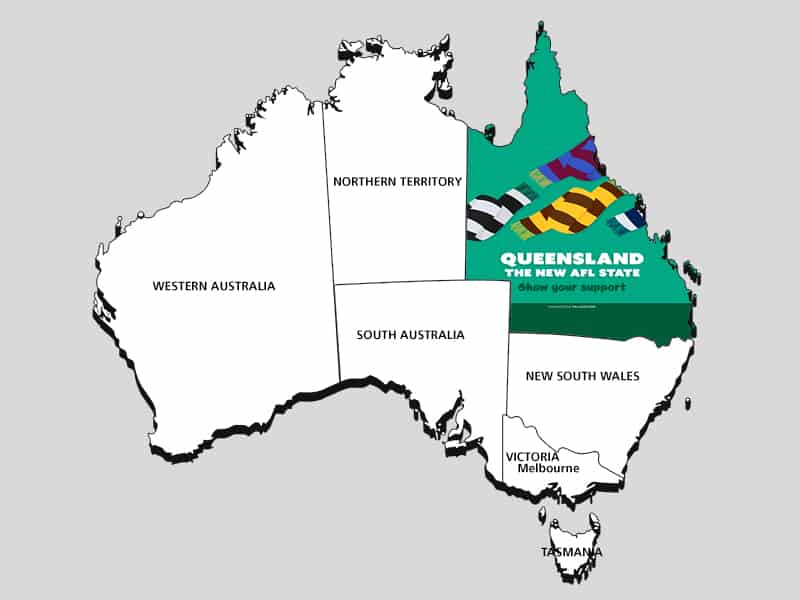 As Melbourne (Australia) grapples with surge in coronavirus cases, six Australian Football League (AFL) teams will relocate from Victoria to Queensland as the AFL scrambles to ensure the season is able to continue.

St Kilda, North Melbourne, Essendon, Western Bulldogs, Richmond and Carlton will reposition from Melbourne for at least the next block of fixtures.

Queensland Premier Annastacia Palaszczuk said Queensland will be “the home of the AFL” as four teams would be based on the Gold Coast and two on the Sunshine Coast.

Hawthorn and Melbourne will be based in New South Wales, while Collingwood and Geelong will play one match in Sydney before heading west to Perth.

Palaszczuk said all players and staff upon arrival in Queensland would undergo 14-day quarantine, although teams within the Queensland bubble would be able to play each other prior to that.

“The AFL know and respect what is expected of them and as long as they follow our rules, we are glad to help the competition proceed,” she maintained.

“It’s also an opportunity for fans to see their favorite teams and take advantage of newly increased capacities allowed at our stadiums. [They’ll be here] for the rest of the season is my understanding,” she added.

The AFL confirmed an updated fixture list for rounds six and seven of the season, with all matches in round six to take place in New South Wales and Queensland.

Perth Stadium and the Adelaide Oval will be employed for round seven.

Round five will continue as scheduled, with Victorian teams flying to their respective hubs at the conclusion of the weekend’s fixtures.

In a press conference held recently, AFL chief Gillon McLachlan asserted that the relocation would only be for 32 days but that the league will have to remain open to the idea to change – “Every day will throw up a different challenge.”

“We will continue to make decisions that are anchored in the advice of Governments and designed to protect our people and the wider community,” he added.

McLachlan informed that after 32 days, the league would revisit the situation and asserted that the move does not hold good for the rest of the season. However, he said everything will depend on the situation at the time.

“As part of this move, we will play a total of 45 games in approximately 32 days. Our Victorian clubs will then return to Victoria for a short break,” he added.

“As the situation has changed across Australia, so has our response and it will continue to do so,” he noted.

McLachlan thanked the Governments of NSW, Queensland and Western Australia for their support, saying they were “instrumental” in making sure the competition would be able to continue.

He said that the teams relocating have been “expensive, but manageable. By the end of Monday, 14 clubs will have temporarily moved out of Victoria for the next block of matches,” the AFL top shot informed.

“As you can imagine, it has been a major logistical exercise to organize fixtures, source training grounds and secure accommodation in such a short period of time,” McLachlan added.

South Australia ‘no’ to hub

South Australia ruled itself out of the running to host a hub in the State, and has imposed a 14-day quarantine period for any teams coming back from playing a Victoria-based side.

“We’ve already seen cases of community transmission from State to State and we need to make sure AFL is not a bridge for that. We are keen for there to be an AFL season this year but in the context of Victoria being the hub of coronavirus infection at the moment, and also the base for the majority of the AFL teams, that’s a very challenging environment for public health clinicians,” Wade added.

Wade asserted that 14 days quarantine is mandatory for any South Australian team that have played a Victorian team. Only after the quarantine period is over, can they return to South Australia irrespective of where that match took place.

Port Adelaide, Adelaide Crows, West Coast Eagles and Fremantle have been based in the Queensland hub since the season resumed in round two but will return home after this current round of fixtures.