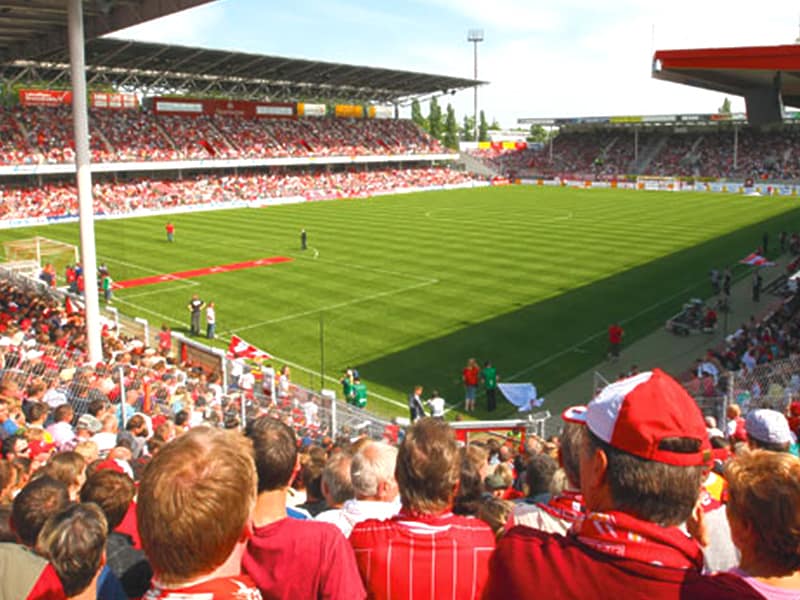 The regional soccer team FC Energie Cottbus (Germany) plans to expand and modernize its digs – Stadion der Freundschaft (Stadium of Friendship) – notwithstanding the fact that the club’s coffers are bone-dry. The focus of the club’s management is apparently the aging West Stand of the arena.

The ‘rbb24’ stated that the grandstand dates back to the 1980s and was not renovated even when FC Energie Cottbus was promoted to Bundesliga. The other grandstands of the facility are fairly new and will be repaired if it is absolutely necessary.

The FC Energie Cottbus is a German football club based in Cottbus, Brandenburg (Germany). It was founded in 1963 as SC Cottbus in what was East Germany. After the reunification of Germany, Energie played six seasons in the third tier of the German football league system before shuttling between the 2. Bundesliga and Bundesliga for 17 years between 1997 and 2014. From 2014 to 2016, the club played in the third tier, 3. Liga, and were then relegated to the Regionalliga Nordost. In 2018, they were promoted back into the 3. Liga, only to be relegated again the next season.

The Regionalliga Nordost is the fourth-tier of German football in the States of Berlin, Brandenburg, Mecklenburg-Western Pomerania, Saxony-Anhalt, Saxony, and Thuringia. These comprise the States of former East Germany as well as West Berlin.

The Stadion der Freundschaft (Stadium of Friendship) is a football stadium in Cottbus, Germany. It is the home ground of FC Energie Cottbus, originally opened in 1930, and has a capacity of 22,528. It is the largest stadium in the City, followed by the 4,999-capacity Max-Reimann-Stadion.

The ‘rbb24’ further stated that according to plans, the West Stand is to be modernized and will boast new VIP boxes and conference rooms on rent.

Said Energie President Sebastian Lemke, “In the last few months, we have drawn up a concept of how the remodeling work of the stadium can be carried out in the next few years. Fruitful talks are currently being held with the City of Cottbus and the Spree-Neisse district authorities.”

However, a specific schedule has not been drawn out as Lemke added, “We hope to come out with a timeline on the revamp work at the earliest.”

Nevertheless, the Energie Cottbus is in financial dire straits for which they cannot expand their home venue. The club relies on funding.

As FC Energie will not be able to pick up the tab of annual maintenance of the stadium which comes to circa 1.5 million euros – possibly even more due to the renovation work being planned – the club management is mulling to establish its own operating company and discussions are going on in this regard. If an operating company is set up, the management of the stadium will be taken care of with the City and the district authorities too, in all likelihood, providing financial support. For now, FC Energie is keeping its fingers crossed and hoping for fiscal aid to come its way.