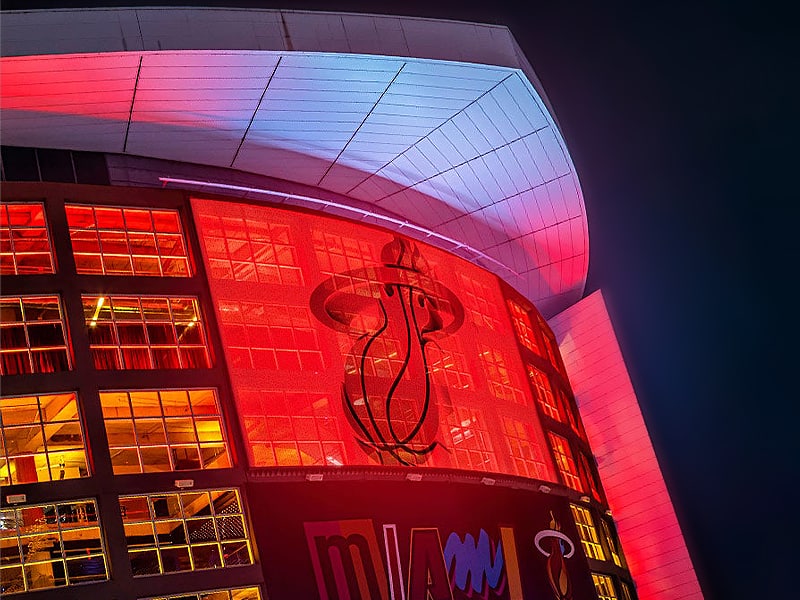 A federal bankruptcy judge on January 11th terminated the naming-rights agreement between the Miami-Dade County and the FTX crypto exchange, ending a two-year stretch of the National Basketball Association (NBA) Miami Heat’s playing in the FTX Arena in Miami, Florida (US).

‘Miami Herald’ stated that the order states Miami-Dade, which owns the downtown Miami facility that the Heat manages, plans to stop using the FTX name immediately and quickly remove all uses of the FTX name from the Miami arena.

The Miami Heat is an American professional basketball team based in Miami, US. The Heat competes in the National Basketball Association (NBA) as a member of the league’s Eastern Conference Southeast Division. The club plays its home games at the Miami-Dade Arena, and has won three NBA championships.

The 19,600-capacity Miami-Dade Arena (known as the American Airlines Arena from 1999 to 2021 and the FTX Arena from 2021 to 2023) is a multipurpose arena located in Miami, Florida, US, along the Biscayne Bay. It was constructed beginning in 1998 as a replacement for the Miami Arena and designed by the architecture firms Arquitectonica and 360 Architecture. The arena is home to the Miami Heat of the National Basketball Association (NBA).

‘Miami Herald’ further stated in November last year, the county and the Heat both announced their intention to break the 2021 deal with FTX in the days after the company was ensnared in allegations of fraud and mismanagement headed by ex-head honcho Sam Bankman-Fried, now awaiting trial on Federal criminal charges. Miami-Dade on November 22nd asked the judge presiding over FTX’s bankruptcy trial to let it out of the $135 million sponsorship deal that put FTX’s name on the Miami Heat court and its logo atop the waterfront arena.

The FTX’s new corporate leadership recently made a similar request, asking the deal be ended retroactively to December 31st. On January 11th, Judge John Dorsey approved an agreement between the company and the Miami-Dade County to end the naming-rights agreement as of December 31st and halt use of the FTX name by the arena.