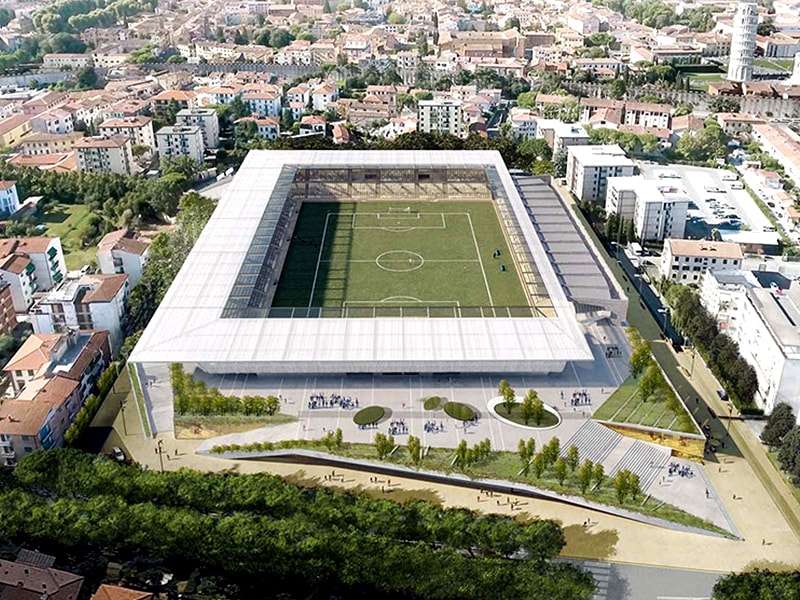 The consultation process has concluded on zoning variance on the new Arena Garibaldi at Pisa in Italy. The whole exercise came to an end after 65 comments were submitted. With this, the construction of the stadium is expected to begin soon.

Arena Garibaldi is a multiuse stadium and is presently used mostly for football matches. It is the home venue of A.C. Pisa 1909 and can sit 25,000 spectators. The venue opened its gates in 1919.

A.C. Pisa 1909 – commonly referred to as Pisa – is an Italian football club based at Pisa, Tuscany, in Italy. The team currently plays in Serie B. The club was formed in 1909 as Pisa Sporting Club and was again re-established in 1994 as Pisa Calcio, after the former ceased to exist due to financial woes.

The entire consultation exercise on local zoning variance for a new facility in Pisa started in mid-January this year. The new venue is supposed to come up in place of the old Arena Garibaldi. However, the new facility will have to meet guidelines that has been discussed and voted upon during the consultation process which concluded recently.

A total of 65 comments were submitted, though few are included in the final version of the document. The city council will now have to vote on the same which is most likely to happen during the upcoming session on March 24.

Alessandro Pasquarelli, head honcho of Yard Group, has assured that once the voting process is over, within a month all approved guidelines will be included in the final design documentation. This means by April end all documentation should be in place, including the economic and financial plan.

Yard Group is the real estate company hired by A.C. Pisa 1909 to manage the reconstruction process.

The concept of new Arena Garibaldi was first presented in 2017 following which a feasibility study was delivered in 2018. The new arena is likely to hold up to 18,000 people, while also offering no less than 3,650 m2 of commercial space.