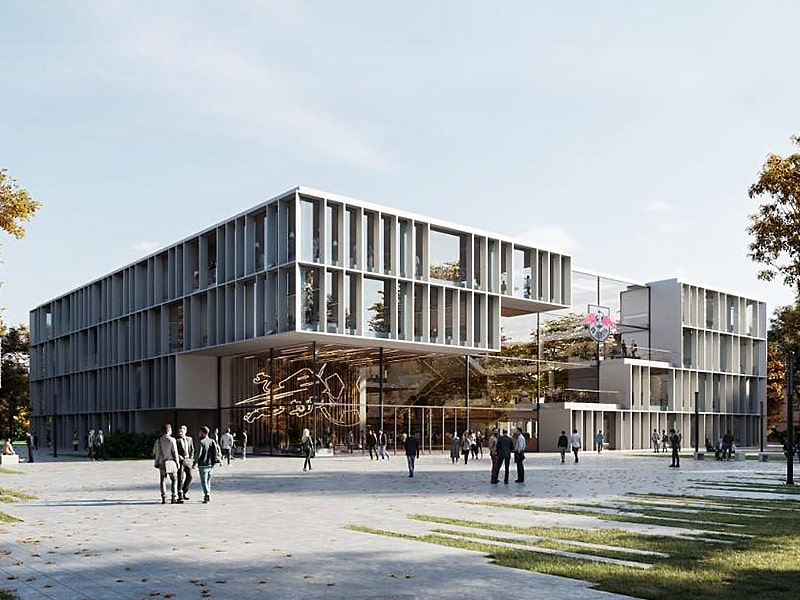 The ‘Sport Bild’ stated that the Bundesliga club is now taking up its next major project – work on a plush office of the club will begin from Spring 2023.

The avant-garde 14,500 square meter office should be ready by 2025 and 60 million euros will be expended on the same.

The 41,939-capacity Red Bull Arena is a football facility located in Leipzig, Saxony, Germany. It is the largest football stadium in the former East Germany and has also hosted music concerts as well as football.

The ‘Sport Bild’ further stated that four national and international architectural offices were asked by RB Leipzig to design the new ‘bull stall’. The Scheffler Helbich Architekten (SHA), based in Berlin and Dortmund, won the race to design the new office building. This is the same design firm that has designed the training center of the top-notch club.

The RB Leipzig Chief Operating Officer (COO), Jens May, will be spearheading the entire development.

The design is a drop-in-a-swoon one. The structure will be a mix of glass and wood. A big bull will be placed at the foyer in the form of a decorative light. A huge staircase will come up which will connect all the floors and the office will also boast a huge storage area and multipurpose office rooms. An ‘open center’ will run through all four floors, allowing plenty of natural light to enter into the building.

Only few concrete walls will comprise the office building and most of the walls will be the flexible ones which can be expanded and reduced at will. The office will be an open building structure with the aim of promoting exchange between the various departments.

A photovoltaic (PV) roof has been planned to give top priority to the sustainability factor. From the roof one will be able to get a direct view of the stadium and the training ground.

The objective is to give the best of premium facilities to the circa 300 employees who will move into the new office building and the office will also come armed with a sky bar for events, a fitness studio, a canteen with an outdoor area, and a mini soccer field.

The employees are also playing a proactive role in shaping up the whole project.

Remarked RB Leipzig boss Oliver Mintzlaff, “The entire process has been going on for almost two years. A working group was formed to thrash out the project details and the office will be built in such a way that it will give a home-like feeling to the employees.”

The bid to build the office building in front of the Red Bull Arena came unstuck several times following a dispute with the City Council which only wanted to lease the site and not sell it. The office will now only sit 400 meters away from the training center.

The Red Bull group will be picking up the tab of the office building which goes on to establish the fact that the people of Leipzig do not settle for anything ordinary but it will have to real state-of-the-art stuff.

« Previous News: Valencia Basket new home opening delayed
» Next News: Cricket in US through the lens of MLC