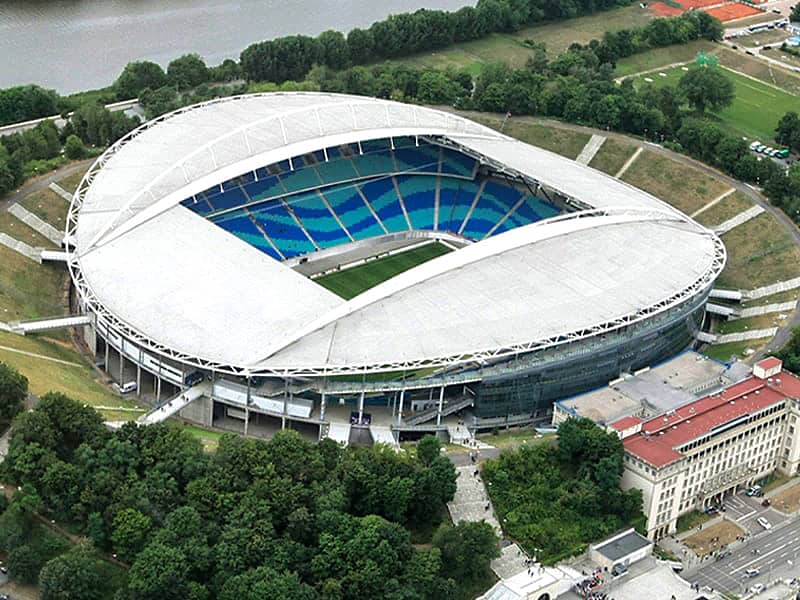 The German professional football club RB Leipzig is the first Bundesliga club to shout itself hoarse against the restricted entry of fans to the stadia fold in Germany as Omicron became the dominant variant and made everything go topsy-turvy in the European country. The club has gone to the court over the COVID-19 rules currently in promulgation in the German State of Saxony (valid until February 6th). It is still not clear when the Saxon Higher Administrative Court will take a decision in this regard.

Red Bull Leipzig, commonly known as RB Leipzig, is a German professional football club based in Leipzig, Saxony (Germany) that plays in Bundesliga, the top of the German football league system.

The 41,939-capacity Red Bull Arena is a football facility located in Leipzig, Saxony, Germany. It is the largest football stadium in the former East Germany and holds concerts as well as football fixtures.

The ‘BILD’ further stated that the lawsuit filed by RB Leipzig has not raised eyebrows as the Bundesliga team’s boss Oliver Mintzlaff had earlier hinted that the club was mulling legal action against the “very restricted” fan entry issue – “We are well aware of the fact that COVID-19 and its virulent variants – Delta and Omicron – has hit hard the country. In the last two years, we have suffered huge financial losses but have still appreciated whatever decision the ruling dispensation has taken as regards entry of fans to venues keeping in mind the safety factor of fans. But, the club can take it no more and it is time for the Federal Government to arrive at a more logical and pragmatic decision as far as allowing fans back into the venue fold is concerned.”

Stated an enraged Mintzlaff, “Even several indoor events are being allowed with more spectators and we are only allowed to greet 1,000 supporters. This is totally unfair.”

For now, the club is keeping its fingers crossed till the Saxon Higher Administrative Court delivers its verdict.