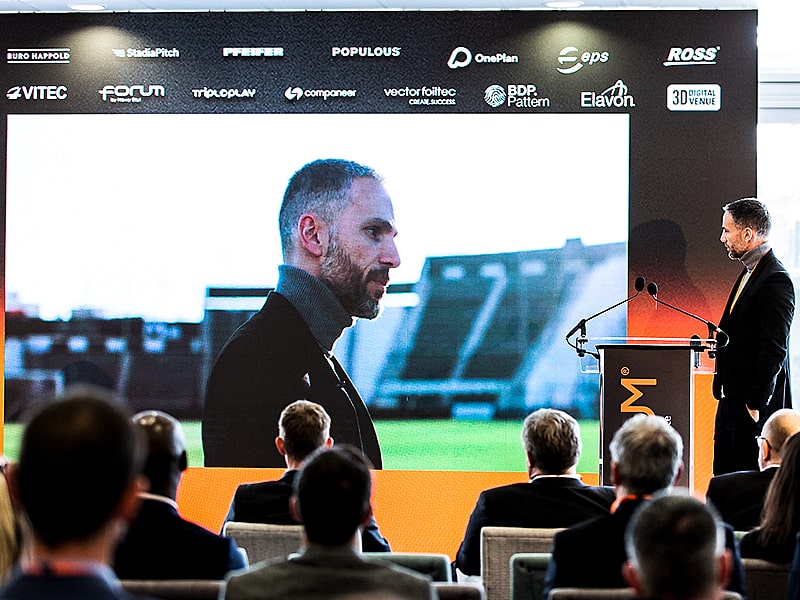 Panagiotis Aroniadis believes in doing things in style with pizzazz and in a novel manner – even if that means making a conference presentation.

Panagiotis Aroniadis is the New Media Director of PAOK FC (Greece) responsible for the digital strategy and tech innovations and he is also the Project Manager for PAOK TV.

Over the past eight years, he has been instrumental in the club carving a niche of its own as far as their digital strategy and presence is concerned.

PAOK FC, commonly known as PAOK Thessaloniki or simply PAOK, is a Greek professional football club based in Thessaloniki, Macedonia (Greece). PAOK are one of the top domestic clubs, the most widely supported in Northern Greece and with the third largest fan base in the country, according to latest polls and researches.

The 28,703-capacity Toumba Stadium is a football stadium in Thessaloniki, Greece. It is the home pitch of PAOK FC. The official name of the stadium is simply PAOK Stadium, but through the years it has become synonymous with the borough it is built at, the borough of Toumba.

In an exclusive interaction with ‘Coliseum’ in a very out-of-the-box manner, the suave and stylish Panagiotis Aroniadis, New Media Director, PAOK FC, Greece – asserts that a good content strategy can help develop the brand. In a very unique style, either from the Toumba Stadium ground or from the boardroom, he narrates how PAOK FC has made innovations happen overcoming challenges and the club’s in-a-class-of-its-own ideas has made people sit up and take notice.

Dishing out details, he stated, “PAOK FC is a non-school football club, a family tied one with die-hard fans against model football mentality.”

Aroniadis averred that everybody swears by the die-hard fans of PAOK FC and the “stadium atmosphere” they create. Even the soccer legend Late Diego Maradona, while playing at the Toumba Stadium, stated that he had never seen “spirited fans” like the ones he witnessed at the Toumba Stadium.

He said that the above was no mean task and Aroniadis and his team had to elbow grease in order to give digital teeth to the club.

He added, “The first thing that we had to do was to create the need for content to change the habit of our fans that used to be informed by the third party media. You don’t want to allow anyone to create a certain image for your brand because nobody knows your brand better than you. That’s why we initiated the first stage of our strategy to create original daily news and video shows for our fans in order to encourage them to visit our social media platforms. Almost every move of our team was available for our fans to watch it through our platforms.”

To maintain the cultural characteristic of the club, a magazine was launched – ‘Toumba Magazine’.

As Aroniadis explained, “In order to highlight the storytelling around the club, the magazine was launched. Our objective behind the magazine launch was to create a superhero approach for our players. We wanted to attract both the old school of thought section of people who believed in the more traditional ways – like reading newspapers and magazines – and Gen Z who wanted things in a more spiced up manner in order to connect with the players. This is how our goalkeeper became ‘The Superman’, our No 10 became ‘The Artist’, our striker became ‘The Killer’ and we also had ‘Mr Cold Blood’, ‘Mr Good Crazy’, a logo, ‘The Runner’, ‘The Joker’, ‘The Rocket’, and many more.”

The fresh and novel approach of the club led to the ‘Toumba Magazine’ gaining global recognition as the ‘Best Magazine in Greece’ and it caught the fancy of the millennial.

He continued, “As we branded our players, we started branding every single season with a certain motto that signified our growth as a team. So, we started from ‘The Future Is Here’ to ‘Ready To Fight’, to ‘Dare To Dream’ to ‘Own The Top’.”

PAOK FC’s moment under the sun came when it became the champions of the Greek Super League in the year 2019 after 34 long years.

As Aroniadis exulted, “With this victory, we decided to start the process of rebuilding the team.”

Going into the New Era

The above initiatives helped PAOK FC to get established as a more digitalized club in Greece and enhance its brand name – “Gradually, we moved to the second stage of our digital strategy – the use of video. We drastically changed the way we announced our players and the way we presented our new players – the transfer. The old school presentation model of the player holding the club scarf or a T-shirt was passé. We started creating custom-made, tailor-made videos for every player using his personality, his special characteristics, the timing of the transfer in order to create something new, something original for the fans. And what we saw was that in many cases, the fans were commenting more about the video than the transfer and the player itself. This was our biggest victory.”

He explained that transfer was a huge thing for football fans, but in the above case the supporters were not bothered about the transfer business of players and the video had swept them off their feet. Some kind of feat, this! – “We had 75 percent video views more and 80 percent comments were about the video and not about the players. The fans were totally kind of besotted with the video.”

PAOK FC pulled off a coup when it signed Portuguese midfielder Sérgio Oliveira on loan from top-flight FC Porto for six months in the year 2019.

Coming out of the shell

Gradually, PAOK FC became more proactive -“We came out of the shell and our players became the more outgoing kind. We opened the doors of the dressing room for the fans to enter. The team took a coach analysis, the practical analysis, the intimate moments during half time after the game or before the game and this was before this became a trend in the Netflix era.”

PAOK FC produced two documentaries – one on winning the Greek Cup in 2018, one about winning the Double in 2019.

The documentary titled ‘The Invincibles’ and released on YouTube in the year 2019 focused on the incredible achievements of the club and telling the story of the team’s unbeaten campaign in which they won the league and cup double.

He said with a sense of pride, “This made us the first Greek club to become a media powerhouse. All these pieces of original content and our documentaries gathered around seven million views across all the platforms that we use and led us to being named as the ‘Digital Brand of the Year’ for 2020 and 2021. We became the first football club to achieve these prestigious awards and beat other international brands like Vodafone.”

The launch of PAOK TV proved to be a “game changer” for PAOK FC. During a brainstorming session inside the boardroom, the club top brass decided in 2019 to launch PAOK TV – “PAOK became the only club in Europe to manage its own TV rights worldwide and exclusively. We were forced to launch our own TV because the broadcaster of our TV rights gave us a very raw deal. We decided not to submit to the broadcaster’s proposal and lower our brand value. From 2017, we had our own developed sports OTT platform – PAOK TV. Within one night we decided to launch PAOK TV and show to the world that we do not need to depend on TV broadcasters’ money.”

In order to become numero uno, Aroniadis asserted that strategies will have to be crafted well in order to develop the brand – In 2020, we developed the platform from a scratch being totally cloud-based on AWS cloud. We relaunched the platform which was again a very challenging task but it finally gave us global recognition.”

A pleased-as-punch Aroniadis stated, “Who would have thought that a medium-size club from Greece will one day go on to be the leader and the disruptor in the TV rights industry around football. But, our PAOK TV challenge became a case study not only in Greece but throughout Europe because no other club was so brave, so crazy to manage its own TV rights. So, this decision gave us global recognition and we have won several awards as mentioned above.”

Constraints are never just a negative. In fact, the broadcaster giving a raw deal proved to be a blessing in disguise for PAOK FC and goes on to prove that constraints create creativity and can also become a source of competitive advantage.

It is due to the grit and gumption of Panagiotis Aroniadis and his confidence to experiment with new ideas has led to PAOK FC rising almost like a phoenix from the ashes. He knows how to dig deep and his in-depth understanding of the problem, deep insight and ‘Think Big’ mindset has given birth to out-of-the-box ideas for which the world is the oyster today for PAOK FC. 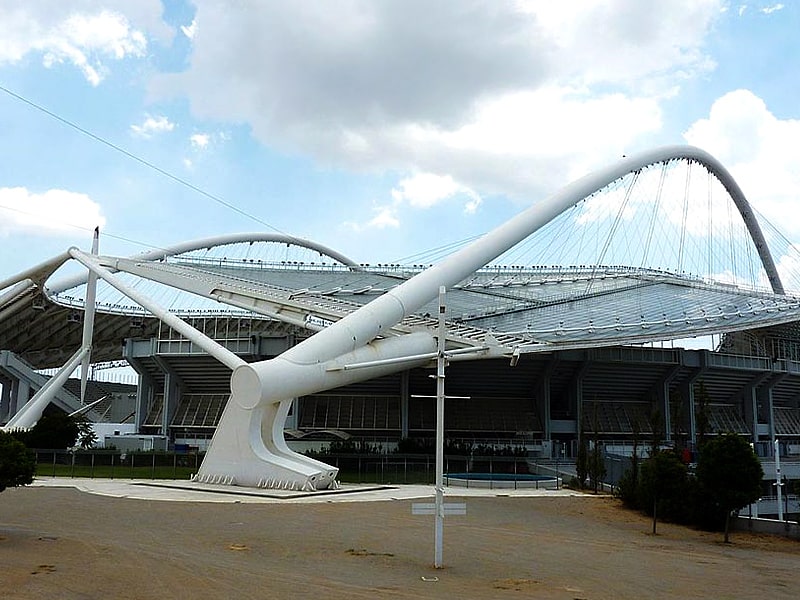 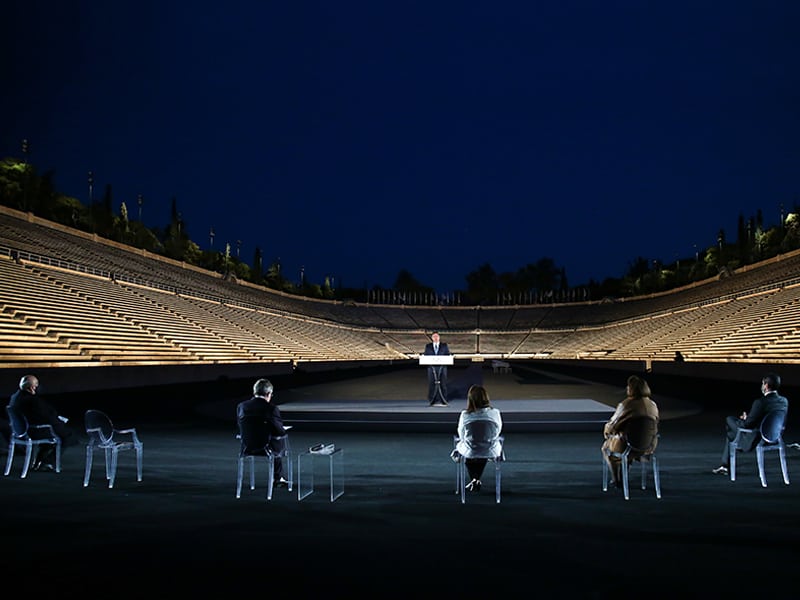