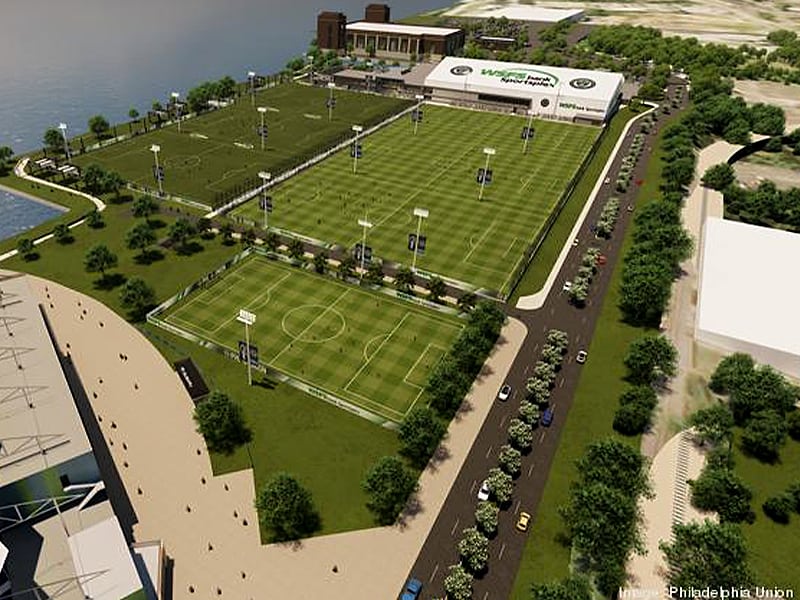 The Major League Soccer (MLS) team Philadelphia Union unveiled plans recently to build a $55 million sports and recreation complex in Chester, Pennsylvania (US) through a partnership with the WSFS Bank.

‘Philadelphia Business Journal’ stated that the 170,000-square foot WSFS Bank Sportsplex is part of the ongoing effort to develop and revitalize the Delaware River Waterfront in Chester. It will span 32 acres between the Union’s residence – Subaru Park – and the Union Power Plant office building.

The Philadelphia Union are an American professional soccer club based in the Philadelphia metropolitan area. The Union compete in Major League Soccer (MLS) as a member of the Eastern Conference. Founded on February 28th, 2008, the club began playing in 2010 as an expansion team.

The 18,500-capacity Subaru Park is a soccer-specific stadium located in Chester, Pennsylvania (US), located next to the Commodore Barry Bridge on the waterfront along the Delaware River. The venue is home to the Philadelphia Union of Major League Soccer.

The WSFS Financial Corporation is a financial services company. Its primary subsidiary, the WSFS Bank, a federal savings bank, is the largest and longest-standing locally managed bank and trust company headquartered in Delaware and the Greater Delaware Valley, US.

Said Jay Sugarman, Principal Owner of the Union, “We believe this will make us a premier location for soccer on the East Coast, and elevate Chester and make its waterfront an iconic location for the region.”

‘Philadelphia Business Journal’ further stated that the project will bring the Major League Soccer club’s Philadelphia Union Academy and the YSC Academy to one campus. The academies were developed by the organization for the development of young soccer players and to provide a pathway for them to become professional players.

Stated Tim McDermott, President of the Union, “The heart of this project is our commitment to the community and our desire to be an agent for positive change. The announcement of WSFS Bank Sportsplex is the beginning of an important next chapter for the Philadelphia Union and the growth and development of the Chester Waterfront.”

The WSFS Bank entered into a multiyear sponsorship agreement with the Philadelphia Union in August. That partnership includes the Wilmington (North Carolina)-based financial institution receiving naming rights for the planned sports complex.

The indoor facilities will include a 125-yard by 75-yard turf field, two multipurpose courts which are capable of hosting eight cross-width courts for basketball, volleyball or futsal, a 20,000-square-foot performance center with weight room and sprint track, locker rooms, and a café for athletes and guests. The indoor facility will be complemented by seven outdoor multisport fields including one championship grass field with spectator seating, two additional full-size grass fields, one youth-size grass field, and three full-size turf fields.

Added Sugarman, “This best-in-class facility will provide a singular home for our professional and academy teams while creating a premier destination for the local youth groups to fall in love with sports. I could not be more proud to see this project come to fruition.”

The project, according to the Union, will generate an economic impact of $90 million over the first decade and provide 500,000 visits annually to the Chester waterfront.

Plans are for the sportsplex to donate hundreds of hours in court and field time for community use and provide health and wellness programing that will be made available to the Chester youth and local organizations.

Said Chester Mayor Thaddeus Kirkland, “This project shows the continued commitment and partnership that the City shares with the Philadelphia Union. It will create better jobs, more recreational opportunities and a bridge that connects our community to our beautiful waterfront.”

WSFS Financial Corporation head honcho Rodger Levenson said the bank wanted its partnership with the Union to be more about branding and exposure – “We wanted to find an organization that shared our values. The positive economic impact to Chester, a place where players can collaborate and prosper from the values of sports and a beautiful place where the community can host fun, safe events are just a few of the reasons we wanted to join the Union in bringing the WSFS Bank Sportsplex to Chester.”

Groundbreaking on the WSFS Sportsplex is set to take place this Winter. The complex’s outdoor fields are expected to be in place by August of 2023 and the indoor facilities are scheduled to open in June 2024.

The YSC Academy, a school and youth soccer training complex located in Wayne (county in Indiana), and the Philadelphia Union Academy will move to the Chester campus beginning in 2023. The YSC Academy will be housed in a school that will be created inside the Union Power Plant.

The Philadelphia Union Academy encompasses soccer programs for the under-12 to under-17 age groups and offers a professional pathway with the Union II for players ready for the next step in their development.

The Union Academy has produced 15 homegrown players for the Philadelphia Union.

The Major League Soccer (MLS) is a men’s professional soccer league sanctioned by the United States Soccer Federation, which represents the sport’s highest level in the United States. The league comprises 28 teams – 25 in the US and 3 in Canada – and will expand to 29 teams for the 2023 season.

The MLS Next Pro is a men’s professional soccer league in the United States and Canada that is affiliated with Major League Soccer (MLS). It launched in 2022 with 21 teams, of which 20 are reserve sides for MLS clubs and the independent Rochester New York FC.