Phoenix Suns’ revamped home to be more of a ‘sports bar’ 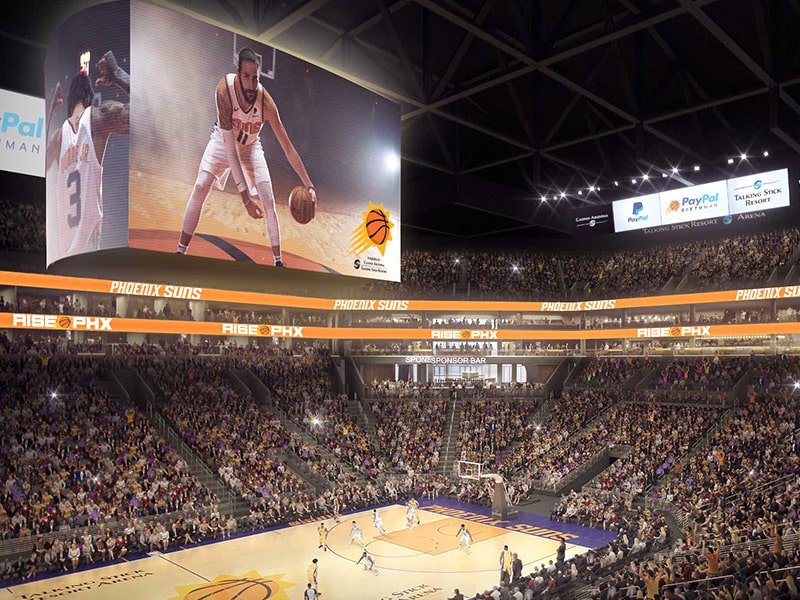 The American professional basketball team Phoenix Suns – based in Phoenix, Arizona – has made public renderings of the team’s home – Talking Stick Resort Arena – which is going to be reconditioned at a price tag of $230m (£179m/€209m).

The redevelopment, labeled ‘Project 201: PHX Reimagined’, will redecorate one of the oldest arenas in the NBA. HOK will do the redesigning work and Okland Construction is serving as the general contractor on the project. The infrastructure, technology and amenities all will be upgraded.

The Phoenix Suns will part with $80 million while the City of Phoenix will pay out $150 million for the renovation work. A new practice facility will also come up the price tag of which is expected to be in the range of $45-50 million.

The Suns have already started building the facility in Phoenix’s Arcadia neighborhood. Once the team moves its practices and training to that new building, it will be able to convert 40,000 square feet of space to what the team says will be elevated fan experience.

The revamped arena will feature 11 different club and suite experiences, including 55 total suites, eight theater boxes, new VIP clubs and an exclusive two-story club called 1968. There will also be three new bunker suites that will be situated adjacent to the main court and the players will pass right by these suites as they run out onto the floor before each game.

Construction is going to start in January, starting with behind-the-scenes infrastructure work and building a new 15,000 foot kitchen.

It will be the first revamp work of the 27-year-old arena which opened in 1992 and is the oldest in the NBA. It will be a totally new-look arena.

The upgrade work will also include the new video scoreboard centerpiece which is six times larger than the current scoreboard. The team, in association with American telecommunications company Verizon, will also upgrade the building to 5G coverage and will enhance the suites as the Suns are hoping to give the fans a much more cherished experience in the arena.

Sarver maintained that in the spruced-up arena, fans want to stay connected with their phones and devices and more community aspects with other fans.

“We reimaged the whole entrance to the arena … that’s going to turn into a sports bar with an 8,500-square foot video wall, and that’ll be the hub of activity in the building,” he further stated.

Sarver informed that the Suns will be putting cushions in all the 17,000 seats in the arena, including every seat in the upper bowl. Good news for the foodies: In the upper bowl, a 10,000-square-foot food court will be added that will help families to pick from a spread and also help them with the pricing.

The Suns renewed their lease with the city, who owns the facility, six months ago, and the current contract expires in 2037. As per a clause of the renovation deal struck, the organization can exercise an option to remain tenants until 2042.

If the Suns decide to walk away before 2037, it will likely be imposed a fine of $200 million.

As part of the upgrade work, a kitchen measuring 15,000-square-foot will come up as well as a corner bar located in the bowl section of the arena. According to Sarver, the bar will draw the young fan base of the Suns as the team will try to cash in on Arizona State University’s downtown campus with 12,000 students. They are hoping to keep the cash registers jingling with alcohol sale.

“We have a bigger pool to draw from, and the products that we put in place are tailored towards that pool of students,” Sarver informed.

Though the renderings show that there is a basketball court on the premises, but the sports component seems more like a cover-up to build the world’s largest night club.

Fans got a sneak peek into what the lobby looks like and while the gigantic video wall looks splendid, what stands out in the 3D rendering is the 60-foot bar slapped right in the middle. Sarver said that it will be the city’s best sports bar.

The arena will also boast new communal bars throughout. “Fans want to interact with other fans. We are creating a space for that to happen,” he further shared.

While fans will get to access most of the bars, but the higher-paying customers will get to enjoy more amenities at the club and suite levels.

“Today we do not have enough premium amenity space to meet the [National Basketball League] requirements. The biggest reason for that is – as the arena sits today – our basketball operations take up the majority of the event level,” Sarver stated.

But behind all the glitter, extensive work will be done on the plumbing, roof and electric systems.

“Other than the mechanical, electrical and plumbing component of this project, everything else is orientated towards the fan experience,” Sarver shared.

Sarver also informed that the renovation work should be 60 percent completed before the 2020-21 NBA season, and the second phase renovation should be over before the start of the 2021-22 seasons. Sarver added that the building would be closed next summer as “a lot of the heavy construction will take place”.

Once the refurbishing work is over, Sarver informed that ticket prices may likely rise but the team still aims to keep it “affordable”.

Phoenix Suns’ revamped home to be more of a ‘sports bar’ 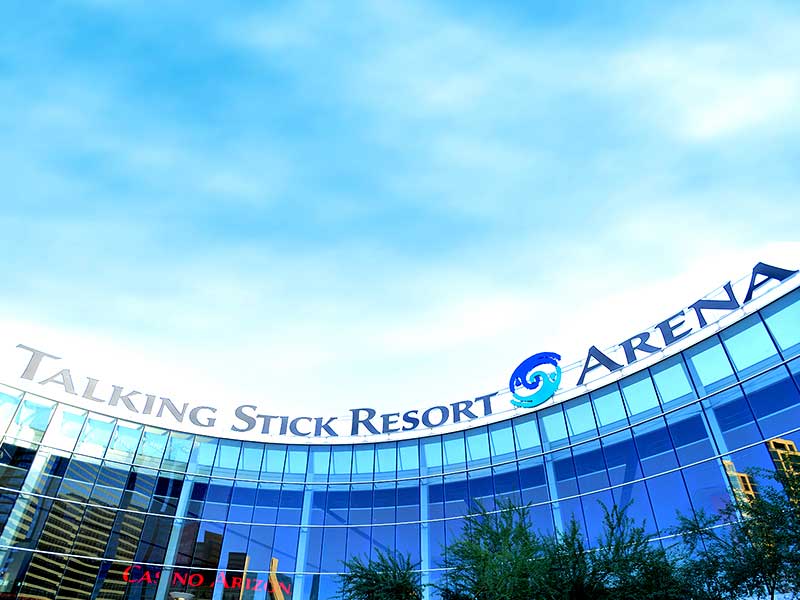 Talking Stick Resort Arena to get $230mn for facelift