Space’s music and gaming hub on the anvil in Stockholm 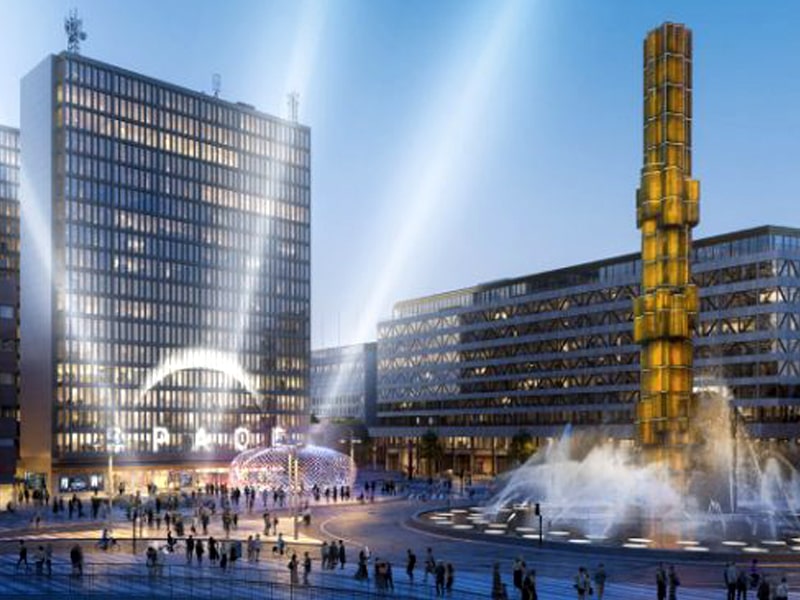 Space – a Swedish company building hubs for gaming, music, and content creation – will open a seven-story music and gaming hub in Stockholm’s city center. The center of activity is set to open in the first half of 2021.

The Esports Observer reported that the music and gaming hub will come up in Sergels Torg, the public square of Stockholm. It will enjoy the tag of being the largest permanent esports venue in Europe, music recording studios, and co-working spaces. The seven-floor hub will spread over 7,500 sq m (80,729 sq ft) area.

Five hundred gaming stations and a 650-800-seat arena will come up in the location. Space is headed by Gustav Käll, Head of Esports for Universal Music Group. The company is co-founded by Gustav Käll, currently head of the esports music label Enter Records, Lars Bloomberg, Chairman and Partner of the center’s architecture partner DAP Group, and Per Sundin, former Managing Director of Universal Music Sweden. Sundin is CEO of Pop House Sweden—majority-owned by ABBA member Björn Ulvaeus and EQT founder Conni Jonsson—which has invested a hefty amount in Space.

Käll joined Universal Music in 2016 after leaving Clutch Entertainment. It is since then that he is working with Sundin. For the last five years, the idea of a gaming center was germinating in his mind. The Esports Observer quoted Käll as saying, “I’ve seen the gaming center as not the final piece of the puzzle, but a very important part in the growth of esports. It makes it accessible for everything – not everyone can buy high-end computers today. It just enables esports and gaming to become even more mainstream.”

Space Stockholm will boast space for console and VR gaming, and 500 high-end PC gaming spaces. The company is anticipating 5,000 visitors will come to the hub per day and is currently developing an app for customers to pay by the hour to use its facilities. A membership program will allow visitors (age limit being 23) entry to the hub’s three floors of co-working spaces, gym, Space Club, and free hours for the gaming machines, as well as its music studios. Video and podcast production facilities will also be a highlight of the center.

“In online culture, people are interested in gaming, music, and content creation. They are the three biggest pillars in terms of what the youth enjoy. We want to bring that under one roof,” Käll explained.

Though nothing is confirmed as yet, Käll said he is interested in running Enter Records from Space Stockholm. In the capacity of being the head honcho of Space, Käll will remain head of the ESL and Universal Music joint record label. “I don’t want to create tension by saying this, but if Elon can do it, anyone can do it. I’m very fortunate to have extremely talented colleagues around me. At this moment, I see no issue doing both,” he asserted.

Sweden’s recent milestones in music, tech, and gaming include the late electronic musician and songwriter Avicii, streaming platforms Spotify and Soundcloud, and game developers Mojang and King. The digital festival company DreamHack, owned by Swedish media firm Modern Times Group, is also a majority owner of ESL. In 2020, the city of Stockholm will host The International, the biggest Dota 2 tournament of the year.

“Space Stockholm, with its unique location in the heart of Sweden’s capital, is poised to become a cultural landmark – not only for the city, but for the entire country,” said Anna König Jerlmyr, Mayor of Stockholm, in a statement.

“It promises a bright future for Sergels Torg by creating a modern, progressive hub for digital culture,” she further stated.

« Previous News: New stand to heighten Old Trafford stature
» Next News: MLS4TheLou to be sports venue unto itself

Space’s music and gaming hub on the anvil in Stockholm