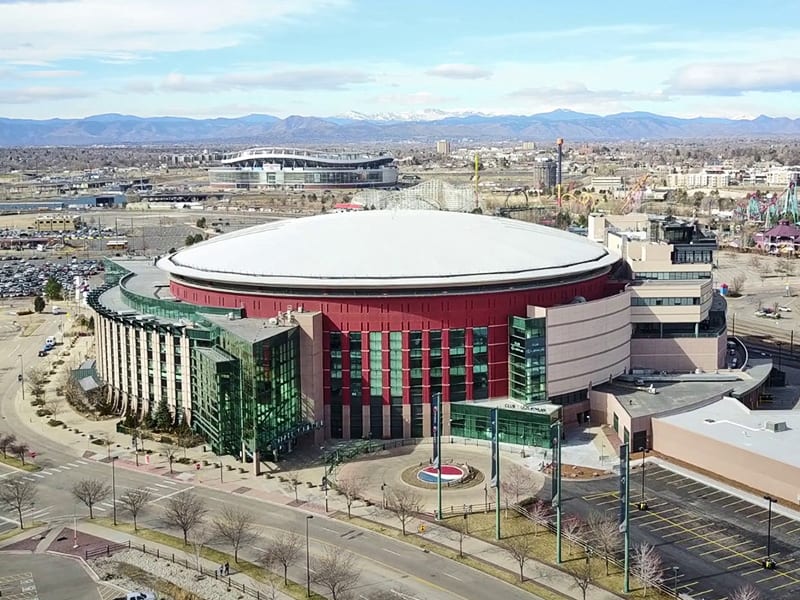 As part of a wide-ranging deal with Kroenke Sports & Entertainment (KSE), Ball Corporation, a provider of sustainable aluminum packaging products, has acquired naming rights to Pepsi Center in Denver, US, which serves as the home arena of Denver Nuggets National Basketball Association (NBA) basketball team and Colorado Avalanche National Hockey League (NHL) ice hockey franchise. The name change is for the first time since it opened its gates in 1999. As of now, the home of the Denver Nuggets and Colorado Avalanche will be called ‘Ball Arena’.

Kroenke Sports & Entertainment is an American sports and entertainment holding company based in Denver, Colorado. Originally known as Kroenke Sports Enterprises, it was started in 1999 by businessman Stan Kroenke to be the parent company of his sports holdings.

KSE Chairman and Chief Executive Stan Kroenke own the Denver Nuggets, the Colorado Rapids – an American professional soccer club which compete in Major League Soccer (MLS) and NFL team Los Angeles Rams, and he is also the majority shareholder of Premier League team Arsenal F.C. The multifaceted partnership with Ball Corporation is designed to promote sustainability in sports and entertainment by strengthening in-venue aluminum recycling.

The newly-named Ball Arena, as well as SoFi Stadium and Emirates Stadium, will use aluminum beverage packaging solutions, with Ball and KSE to carry out local community programs and increase awareness on the significance of aluminum recycling. Financial terms of the agreement were not revealed.

Stated John Hayes, Chairman, President and Chief Executive, Ball Corporation, “This is an important moment in sports and entertainment, and we are proud to partner with Kroenke Sports & Entertainment to advance sustainability in venues by implementing real-world solutions to the packaging waste crisis.”

Added Hayes, “We are committed to making recycling an easy, everyday choice for consumers by providing them with infinitely recyclable aluminum cans, bottles and cups that can be used and back on a store shelf in just 60 days, and enhancing recycling infrastructure in venues. We look forward to continuing to work with KSE to bring about positive change for years to come.”

The deal will see the rebranding of Pepsi Center, which had been sponsored by the soft drinks giant for the past 21 years. Pepsi will continue to serve as the official beverage sponsor of the newly-named Ball Arena.

Commented Kroenke, “It is with great pride that we introduce Ball Arena as the new home of the Denver Nuggets, Colorado Avalanche and (National Lacrosse League team) Colorado Mammoth. Our goal in selecting a long-term international venues partner was to find a Colorado-based company with global renown to grow side-by-side with our talented young teams.”

“Ball Corporation is an ideal fit for that vision, an innovative leader that shares our commitment to our local community, to environmental sustainability and creating quality jobs in Colorado. We look forward to unveiling Ball Arena and welcoming our fans back home when it is time once again to celebrate live sports and entertainment events responsibly. We ask everyone to continue to stay safe and look after each other so that we can soon enjoy countless amazing memories at Ball Arena.”

Ball Corporation initially teamed up with KSE in October 2019 to introduce “infinitely recyclable” aluminum cups for fans at Pepsi Center. “That opened the door to this incredible opportunity that builds on the importance of aluminum packaging and recycling,” informed Michael Ceilley, KSE Senior Vice-President, Partnership Marketing and Media Sales.

“Working together, we believe this partnership will be transformative and help redefine the way arenas and stadiums operate globally. We are also grateful for PepsiCo’s dedication to elevating the fan experience at our arena for over 21 years, and through ongoing official beverage partnerships with the Denver Nuggets, Colorado Avalanche, Colorado Mammoth and Ball Arena,” Ceilley added.

Ball will be in the role of KSE’s official and exclusive sustainability partner at Ball Arena. The two parties will work in concurrence to transition to aluminum beverage packaging for 100 percent of the venue’s concessions, with the goal of implementing a “closed loop system” by 2022. The partnership will include a comprehensive recycling and sustainability plan designed to strengthen Ball Arena’s collection, processing and reclamation.

Ball will work with Arsenal as its official sustainable aluminium beverage packaging partner. Ball will examine ways to support Arsenal in reducing its impact on the environment and assist with educational initiatives as to how important recycling is and other green practices.

Ball also becomes the official infinitely recyclable aluminum packaging partner of SoFi Stadium and the Los Angeles Rams. The swanky and spiffy 70,000-seat stadium will feature Ball’s recyclable aluminum cups for draft beer and cocktails, while the Los Angeles Rams will also use the cups at team training facilities, camps and on game days. Local sustainability awareness events will also be held.

Ball’s lightweight aluminum cup is also available at Hard Rock Stadium in Florida, US, home of the NFL’s Miami Dolphins, among other venues.

« Previous News: Ukraine plans to spend big on sports sector
» Next News: Bundesliga back to square one – sans fans!