The ribbon-cutting ceremony, which included a video message from NFL Commissioner Roger Goodall, and saw NFL Network’s Steve Wyche serve as master of ceremonies, not only kicks off SoFi Stadium’s first year, but also celebrates the hard work of the many thousands of people associated with the project who worked through the sweat of their brows to bring this venue to life from the time it first broke ground in November 2016.

Observed Rams Owner/Chairman Stan Kroenke, “We are in the team business, and you can’t get to a moment like today without a great team. I would like to thank the 17,000 people who have worked on this project over the past four years. During a period of unrest and change in many parts of the country, it’s been our deepest privilege to work on a project this special with such a diverse workforce. Thank you for making our vision a reality.” 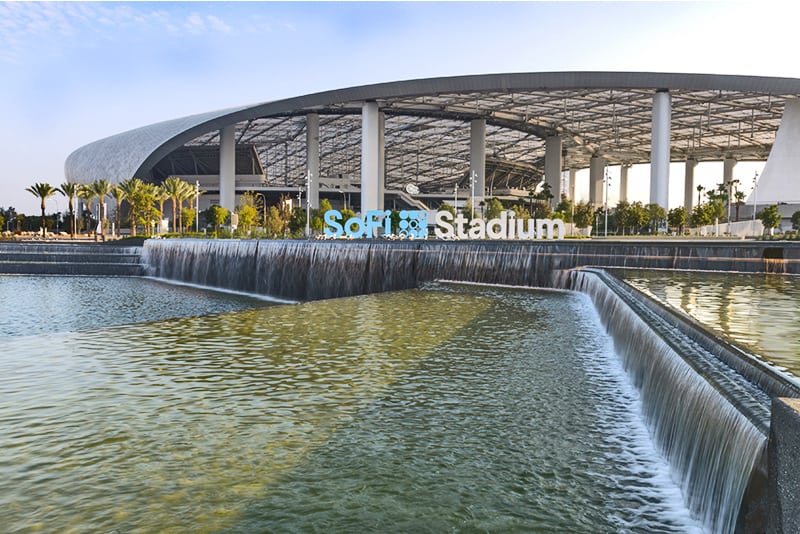 Located in the entertainment capital of the world, SoFi Stadium is the first football stadium to be built within Los Angeles in nearly 100 years. The avant-garde venue includes many firsts across industries, including in architecture, construction, engineering, technology, and more. It is the largest stadium in the NFL at 3.1 million square feet, and the first open-air, indoor-outdoor venue to be built. The splendid stadium which is a structural marvel will herald a new era of sports, entertainment and football in Southern California.

Los Angeles Chargers Owner and Chairman of the Board Dean Spanos noted, “When you see our SoFi Stadium home and the ongoing development surrounding it, you have to marvel at Stan Kroenke’s vision. This is an iconic project, anchored by an iconic stadium that will not only redefine the City of Inglewood, it will redefine the landscape of greater Los Angeles for the next century and beyond. This has been a long time coming, and we cannot wait to usher in a new era of Chargers football on what will undoubtedly be the grandest stage in all of sports.”

SoFi Stadium can hold circa 70,000 fans, expandable up to 100,000 for special events. A stadium built entirely on the fan first mantra, it enjoys more than 260 suites, seven suite concepts, 12 club spaces, and more than 13,000 premium seats all designed to cater to the convenience quotient and exalted fan experiences.

Apart from 20 NFL home games a year, SoFi Stadium has an assembly line of events lined up for 2021 and the successive years and is already the home of LA Bowl, American singer Taylor Swift’s Lover Fest West in 2021, WrestleMania in 2021, American singer-songwriter Kenny Chesney’s Chillaxification Tour in 2021, Mötley Crüe and Def Leppard’s The Stadium Tour in 2021, Super Bowl LVI in 2022, the College Football National Championship game in 2023, and the Opening and Closing Ceremonies of the 2028 Olympic Games.

SoFi Stadium is the centrepiece of Hollywood Park, a near 300-acre sports and entertainment destination being developed by Kroenke. It is the largest mixed-use development under construction in the Western United States, and with more than 25 acres of public parks and open space, Hollywood Park is designed to be a community gathering space in the real sense of the term for Inglewood, greater Los Angeles, and the world.

Entirely privately funded, Hollywood Park, when complete, will offer up to 5 million square feet of creative office space, an exceptional 500,000-square-foot retail district, up to 3,000 residences and a hotel. Adjacent to the stadium and sitting under the same roof canopy is the 2.5-acre American Airlines Plaza and a 6,000-seat performance venue. Hollywood Park anticipates an initial phase of more than 1.5 million square feet of retail and office space, and when it is complete up to 3,000 residences, a hotel and more than 25 acres of public parks and open space. 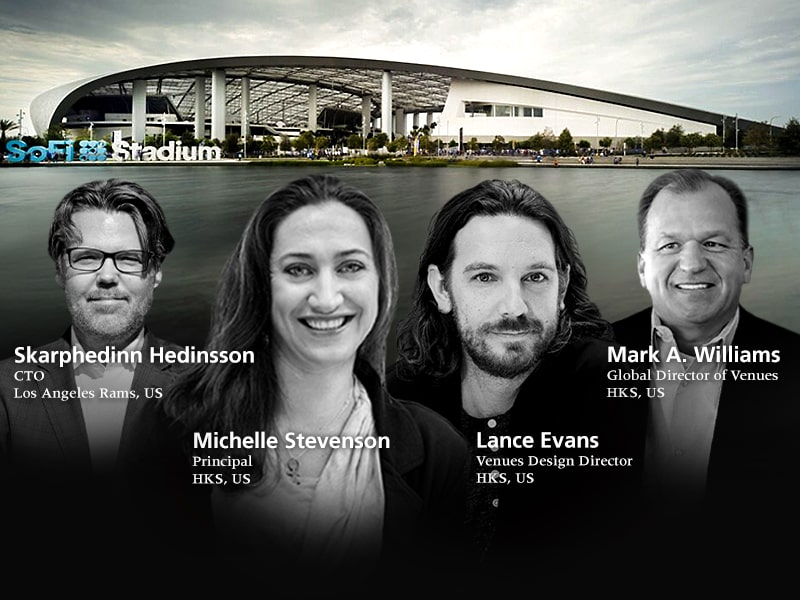 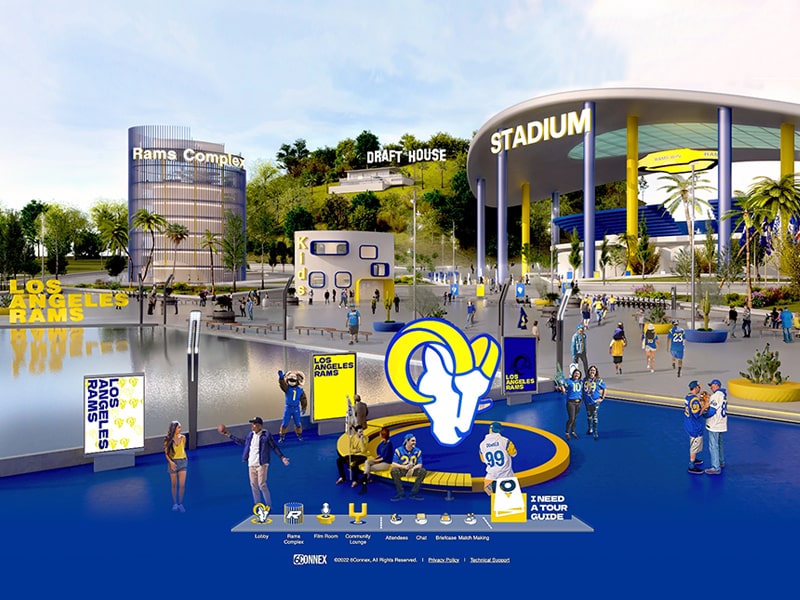 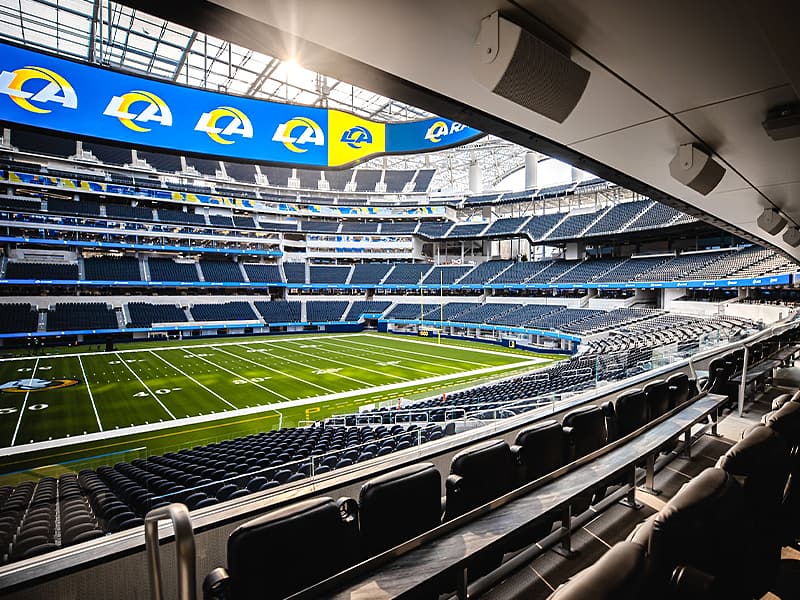 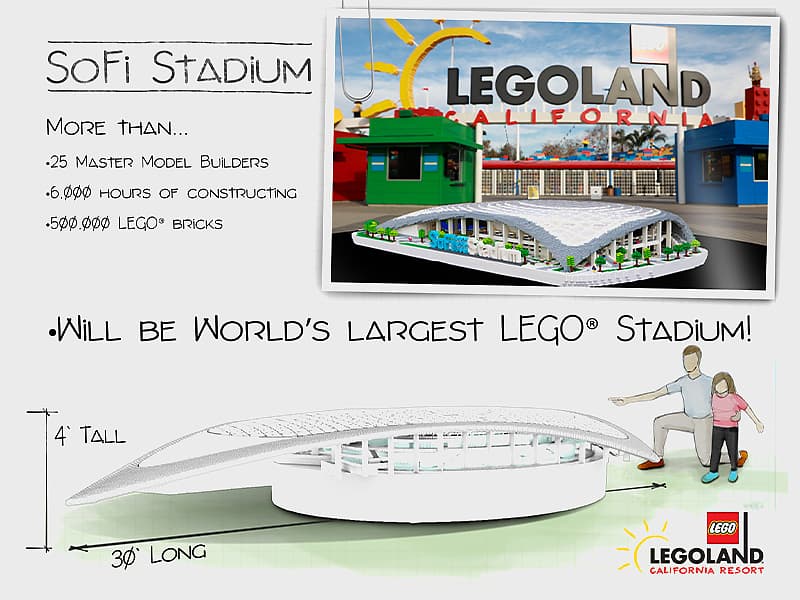