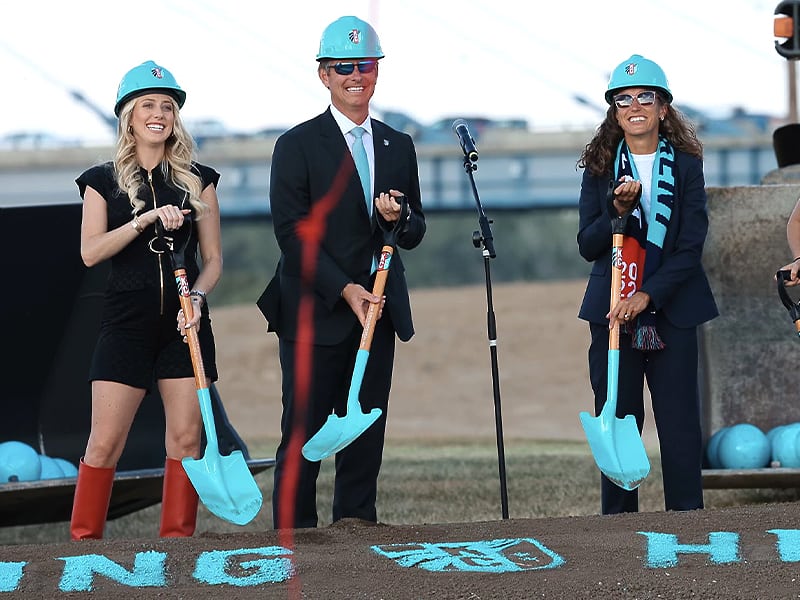 The riverfront continues to position itself as a destination for growth following the groundbreaking of the KC Current stadium in Kansas City, Missouri (US) recently.

The Kansas City Current is an American professional women’s soccer team based in Kansas City, Kansas (US). It began play as an expansion team in the National Women’s Soccer League (NWSL) in 2021.

‘KSHB’ quoted Kathy Nelson, President and head honcho for Visit KC and the Kansas City Sports Commission as stating, “I think when we think about development, a stadium is probably one of the biggest developments you can do.”

Visit KC is a non-profit organization whose mission is to ignite global passion for Kansas City. Through marketing, sales and service of the convention and tourism industries, Visit KC supports a vital and growing component of the local economy – a segment that supported 49,000 jobs in 2019.

‘KSHB’ further stated that Port KC has been leading the way in revitalization efforts of the riverfront district – a site abandoned for decades.

In 2018, the Union Berkeley Riverfront Apartments marked a significant milestone for the district with people living on the riverfront for the first time in 135 years.

Added Nelson, “Kansas City’s rich history with the river is so understated sometimes. I think this puts a bullseye in a spotlight on what the river is doing for our City, what it has done and what it’s yet to do.”

Nelson predicts the new KC Current stadium will attract 10,000-12,000 people on a regular basis, generating volumes of new foot traffic to the neighborhood.

As of now, Bar K is the only business site at the Riverfront, and they are looking at potentially adding more staff to meet demands.

Stated Dave Hensley, Co-Founder of Bar K, “On those gamedays, I think we’re gonna get a lot of walking traffic. People will be parking throughout the riverfront and will want to come in and grab a bite to eat or drink, so on those days we’ll really need to staff up.”

Future development sites at the Riverfront are in the works.

Lux Living, based out of St. Louis, will be adding additional apartments and a boutique hotel with a goal to hit the ground during Summer 2023 to open by the Winter. Port KC is also exploring further partnerships and hopes to add more tree-lined sidewalks along with retail and dining locations.

Nelson continued, “You see people walking down here all the time, and when we have visitors and conventions, this is another place for them to just get away. Its minutes, minutes from the heart of downtown, which I think is super exciting.”