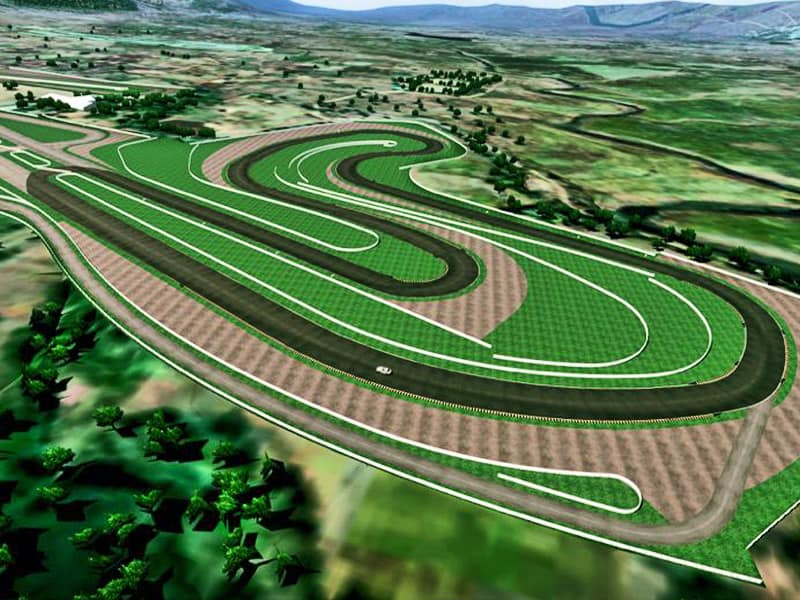 The Federation of Motor Sports Clubs of India (FMSCI) and the International Automobile Federation (FIA) has given the design go-ahead to the Nanoli Speedway on the outskirts of Pune Expressway in India.

The FIA Grade 3 circuit will sit within the stunning and serene surroundings of the Nanoli Stud Farm, near Pune (a City in the Western Indian State of Maharashtra). The design has been lent by UK-based Driven International with assistance from former Formula 1 driver-turned-race-commentator, Karun Chandhok.

The Federation of Motor Sports Clubs of India (FMSCI) was founded in 1971 and is the governing body for motor sports in India. Finally, FMSCI regained the power in April 2009 to conduct and oversee motor sports activities in the country.

The Paris (France)-headquartered International Automobile Federation (FIA) is the governing body of motor sport and promotes safe, sustainable and accessible mobility for all road users across the world. The FIA was established on June 20, 1904, to represent the interests of motoring organizations and motor car users. To the general public, the FIA is mostly known as the governing body for many auto racing events, such as the well known Formula One.

The Nanoli Speedway is poised to become a world class motorsports and leisure facility, with a circuit – designed by award winning, UK-based Driven International in sync with Kapil Gupta from Serie Architects and local consulting engineers, Integrid – as the primary development.

Serie Architects is an international practice specializing in architecture, urban design, and research. The studio was founded in 2008 by Christopher Lee in London (UK) and Kapil Gupta in Mumbai (India).

The development incorporates a 2.9 km FIA Grade 3 track, car storage facilities, members pavilion and accommodation. The project will get off the ground in 2021. The track layout is optimized for vehicle testing, with a variety of corners that offer various challenges for drivers and cars alike.

Thrill in the tracks

A high point of Nanoli Speedway will be the integration of a 75m diameter skid pad within the first corner complex. The skid pad will be engulfed by the track which wraps around it, and an alternative T1 and T2 complex has been designed for skid pad users and track users to use the facilities simultaneously keeping the safety quotient high.

T3 is a quick right hand flick that will require supreme confidence, as the ribbon of grass surrounding the edge of the track is there to catch one out if one goes too wide. This is followed by the braking zone for T4, where the track begins to camber so that cars can gain more traction through the corner. A slightly faster T5 will bring one onto the back straight, which will run parallel with the pits straight.

This straight has a slight left kink about two-thirds of the way along, so drivers will need to position their car in the middle of the track to take the most direct racing line as they enter the heaviest braking zone on the lap. T6 is a hairpin with an early apex, and the track also widens considerably to encourage various racing lines and primarily to encourage drivers to be later on the brakes and go for an overtake.

After the hairpin comes the uphill climb of T7, a long right hand corner which will be flat out in some vehicles, but will require careful throttle control in others. The track will rise to a peak at T8, and will be again widened on entry to let drivers continue their battle from T6.

After T8 it’s back downhill, and the track will compress at the entry to T9, before rising once again through the apex, and back downhill towards the final braking zone of the lap at T10. This is one of the most challenging corners on the circuit, and one that is crucial to get right as any mistakes here will effect top speed all the way down the pits straight to start another lap.

Nanoli Speedway will also sport an exclusive Members’ Club, and members will enjoys the benefits like a private clubhouse, a sports and leisure retreat including equestrian, golf, tennis and a spa and health club, as well as accommodation and a car storage facility and museum.

The West Sussex (UK)-headquartered Goodwood Group has also been assisting with the project, as Dan Hughes, Director of Kinrara Consulting, a Goodwood Group Company, maintained, “It has been an honor to be involved in this project supporting the Nanoli ‘Family’ in creating a truly exceptional experience. We look forward to a long and happy relationship with everyone involved, including the future members.”

The Goodwood Group of Companies are a 300-year-old sporting estate that shares their passion for horseracing, cricket, motorsport, golf, shooting and flying with other enthusiasts, corporate partners.