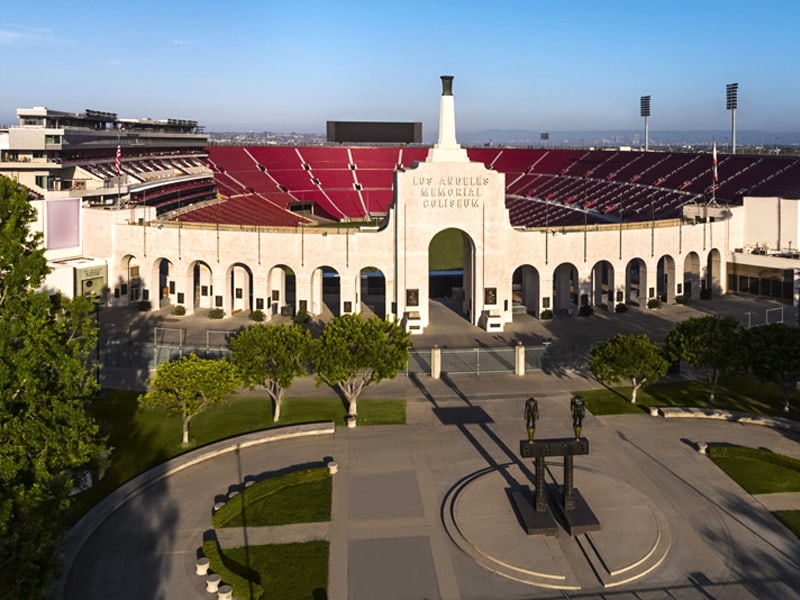 How hard is it to build a temporary National Association for Stock Car Auto Racing (NASCAR) track in a football stadium? About the same as building a permanent one.

The ‘New York Post’ stated that the New Valley Construction of Phoenix, Arizona (US) is in the process of paving over the entire field inside the LA Memorial Coliseum for February 6th NASCAR Busch Light Clash at the Coliseum season-opening exhibition race.

The 78,467-capacity Los Angeles Memorial Coliseum is a multipurpose stadium in the Exposition Park neighborhood of Los Angeles, California.

The Busch Light Clash at the Coliseum is an annual pre-season NASCAR Cup Series exhibition event held in February before the season-opening Daytona 500. The event was held each year at the 1, 01,500-capacity Daytona International Speedway in Florida since the race’s inception in 1979 until 2022, when it was moved to the Los Angeles Memorial Coliseum.

The National Association for Stock Car Auto Racing (NASCAR), LLC is an American auto racing sanctioning and operating company that is best known for stock car racing. The privately-owned company was founded by Bill France Sr. in 1948, and his son, Jim France, has been the head honcho since August 6th, 2018.

The quarter-mile track will be used for just one weekend, and then it will be torn up to return the facility to its original condition.

Steve Boscardin, the New Valley executive in charge of the project, said that it’s following nearly the same procedure it would if it were laying a long-term surface. The big difference is that it put protective layers of plastic and plywood over the field before laying a six-inch base of dirt on top.

The ‘New York Post’ further stated that it took 500 truckloads to do that, which Boscardin said was tricky due to the narrow tunnel available to drive through. Another 70 semis had to deliver 1,560 tons of a special blend of high-performance asphalt that requires special equipment to pave.

Boscardin said it will be four inches thick, rather than the five inches they’d use for a permanent installation. The company previously worked with NASCAR on projects at the 46,000-capacity Homestead-Miami Speedway in Florida and the 42,000-capacity Phoenix Raceway in Arizona.

The track will only have two weeks to set and cure before the February 6th weekend race, which is about half the normal time, but he doesn’t expect any issues.

Temporary barriers, like those used on a street circuit, will be installed to define the oval, which was designed with help from simulations conducted on the iRacing platform. A pit lane won’t be required as the Clash will consist of several short heat races and a non-stop main.

As soon as it’s done, the crew will start tearing up the surface and trucking away the asphalt and dirt, which will all be reused for other projects.

The exact price hasn’t been revealed, NASCAR’s Vice-President of Marketing Services Patrick Rogers said it was just over $1 million, which is roughly what it costs to pave a mile of road.

NASCAR hasn’t yet confirmed if it’ll be coming back again in 2023, but Boscardin will be ready if it does and is looking forward to this year’s event.